Your Face vs. The Corporate Machine 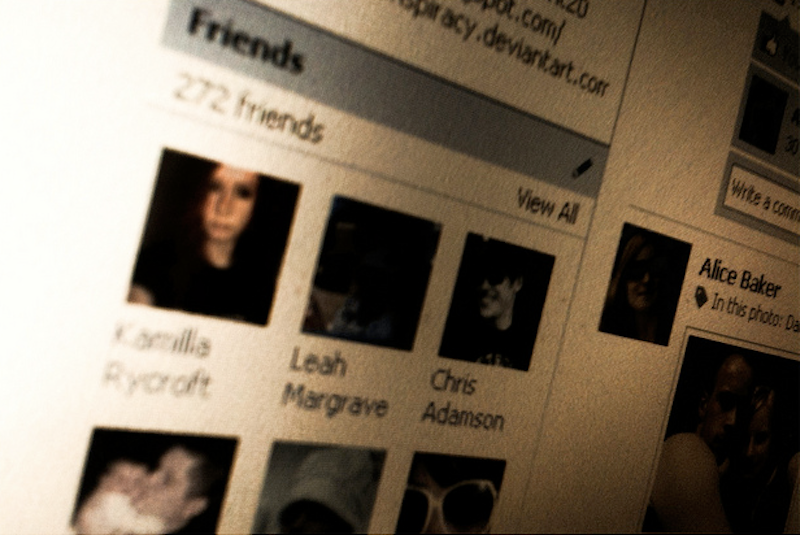 Maybe I’m in the minority, but I don’t mind having things sold to me. Today, the ads along the side of my Facebook homepage reflected websites which dealt with police auctions, depression and Star Wars, all of which is pretty damned accurate. I think that checking out the material underbelly at low, low prices would be pretty sweet, and I’m a nerd, and I’m not always the happiest guy around. These Facebook ads are not so invasive that they impede my free enjoyment of Facebook—they don’t pop up over what I’m doing, they’re not animated, and they don’t distract me from posting pithy retorts to my friends’ grammatically disgusting status updates, or from playing Zuma Blitz when I should be processing data at work. It’s a necessity to run advertisements on a free website to keep it going. I’ve even run a few to promote personal projects, and they were totally effective.

There’s a lot of arrogance and entitlement when it comes to Facebook. While you’ve shared your personal data with this massive website, and you probably use it as a universal login system for many other websites, most users are perpetually exhorting more and more personal details about themselves within the parameters of their own privacy settings. I’ve witnessed people leave Facebook in a huff because of the remote, overblown threat of the website using them in an ad, but users frequently forget that they’re already walking, talking billboards for the things they enjoy. How is it different when Facebook reiterates your point? You have a posse, and its name is Facebook.

If Wired’s example is an accurate one, Person X writes on their wall (and possibly checks in with FourSquare) about visiting a Starbucks. Subsequently, Facebook uses this post, word for word, as an advertisement for Starbucks at some point in the future, using a familiar face to sell a product to their audience. A familiar face will sell a product more effectively than an anonymous one.

None of your friends are going to assume that you work for Starbucks, or are suddenly a model, or have sold out to a corporation, or will henceforth be unable to distinguish the entity of you from the entity of Starbucks. If you love something, don’t be ashamed of it. I wouldn’t mind being used in a tiny Facebook ad for Legos, or Batman, or The Black Keys, or anything else I enjoy. I’m not completely sure how context-sensitive Facebook’s ad system is, but I think it would be fairly hilarious to advertise U2 with one of my many, many posts about how Bono should be eviscerated by one of his million-dollar stage props.

You’re using a free service. You spend hours a day on a website that unites you and your friends in a manner that would otherwise be impossible. You make your life transparent, and the omnipresence of Facebook makes it even more difficult to maintain a lie. The Internet has been turning data into dollars since it began, so don’t act surprised, and don’t think that you’re sticking it to The Man by installing AdBlock or leaving Facebook. You’re isolating yourself from an aspect of life that is becoming more and more universal, whether you like it or not. This isn’t where I start chanting “one of us!”, but everything has a price, and if you expect otherwise, be careful: your face will be used in an advertisement for being an entitled, smug brat.