The Internet Isn't Making You Dumb, And Not Using It Won't Make You a Better Person 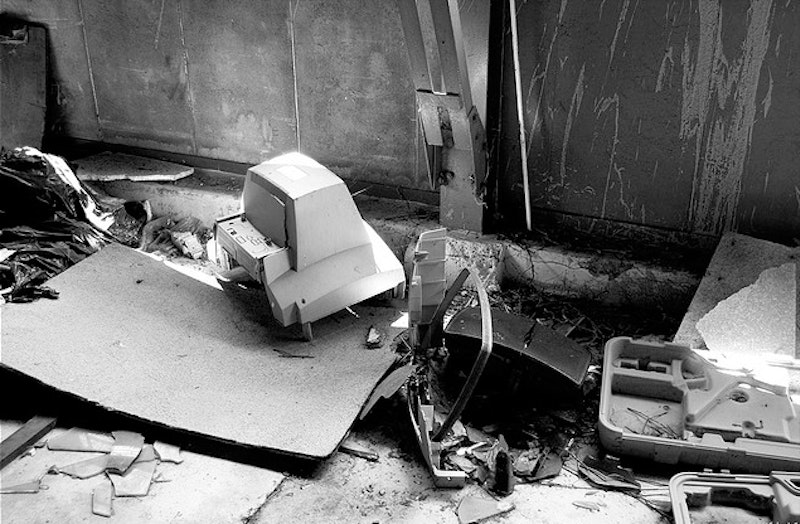 By now you've surely heard about Paul Miller, the 26-year-old writer for The Verge who, on May 1, returned to the internet after a year totally disconnected—no e-mail, no Facebook, no Google, no text messages, nothing. The word bandied about by a lot of blogs and news sites was "survive": "Tech Writer Proves You Can Survive Without Internet For a Year," was how ABC News put it, which is up there with "Kidnap Suspect Ariel Castro Hid a Dark Side, Uncle Says" for their most No Shit headline of the week. Are we really at this point already? Is not using the internet like some sort of Survivorman episode now? THIS WEEK: Watch Paul Miller leave his apartment instead of looking at LOLcats and r/GoneWild!

In all fairness, Miller's reasons were understandable: he felt lazy, confused, exhausted by the constant e-mails and Tweets and status updates. He bought into all the Nicholas Carr-inspired nonsense that the Internet is making us dumber (In fact, there's Carr's book, right there on Miller's coffee table). Anyone who uses the Internet as much as Miller is bound to feel like that sometimes—overworked and yet under-accomplished. But, perhaps unexpectedly, the internet was not the real culprit here. Like drugs and alcohol, gambling, food, masturbation, video games, and on and on, the internet is, apparently, just one more thing someone can abuse if they don't particularly like their life, and don't particularly want to figure out how to fix it. Or, as Miller puts it in the short, absurdly pretentious documentary Finding Paul Miller, "There’s deeper, deeper reasons for most of my problems that really didn’t have a lot to do with the internet—they just manifest differently on and offline."

This is, of course, obvious to just about anyone who doesn't spend most of their days online—say, like, the millions of Americans who can't afford home internet access, and thus can't be bothered with shitty, middle class, white kid despair over the artificiality of Facebook friendships, or how all our YouTubing is keeping us from finishing that novel we've been working on, because, hey, guess what?, they're too busy doing things like working two or three jobs just to feed their kids.

Worried you're missing out on "real life"? Here's an idea, put your computer down and take a fucking walk. Not using the internet isn't going to make you a better person, it's just going to make everything a little more inconvenient—you'll have to read newspapers and keep a checkbook and buy a 26-volume Encyclopedia Britannica. You'll have to use phonebooks and ask for directions. You'll have to call your friends. Which is to say, you'll have to live like everyone lived for a long time before the internet.