The Authenticity of Hackwork 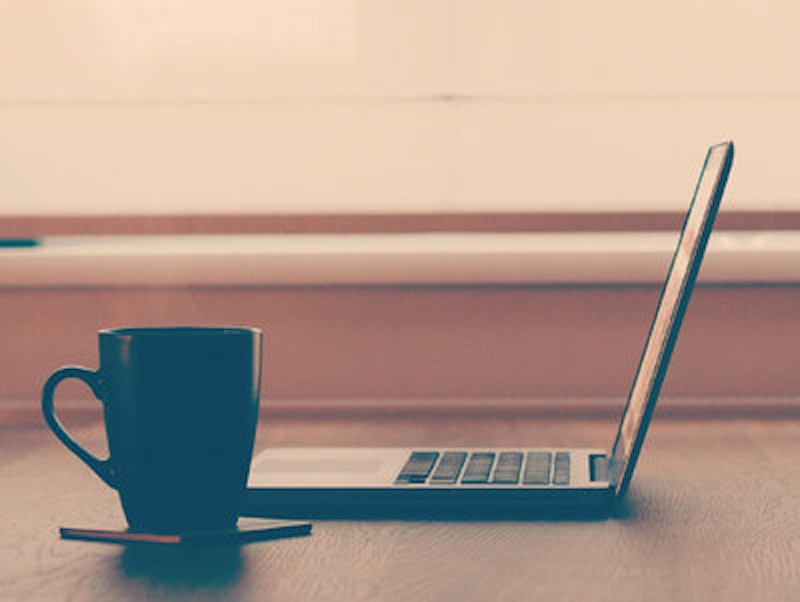 "Find out the reason that commands you to write," Rainer Marie Rilke declared. "See whether it has spread its roots into the very depth of your heart; confess to yourself you would have to die if you were forbidden to write."

That's an elevated, and popular, vision of the writer's calling. Writers aplenty have written about the spiritual oomph of writing. Writing is a passion, a dream and a demand. Writers do it not for fame or money, but out of a commitment to art, truth or some magical combination of the two.

Huffington Post UK editor Stephen Hull actually boasts that HuffPo doesn’t pay its bloggers on the grounds that lucre would debase and compromise the content on the site. "If I was paying someone to write something because I wanted it to get advertising pay, that’s not a real authentic way of presenting copy," he argues. "So when somebody writes something for us, we know it’s real. We know they want to write it. It’s not been forced or paid for. I think that’s something to be proud of.” Refusing to pay people for their work isn't exploitation, according to Hull; it's a blow against the icky compromises of capitalism. Keep your eyes on the stars, HuffPo, and your hand on your wallet.

The truth is, contra Rilke, most writers don't write because their hearts will burst if they don't. They write because they're getting paid. Charles Dickens wrote big, long, rambling novels because he was paid by the installment. Shakespeare wrote, maybe for his heart, but definitely for his living, provided via patronage. Louisa May Alcott wrote what she characterized as "moral pap for the young" because she needed the money. Octavia Butler didn't just want to write for the joy of it; instead, she dreamed, as she said, "I shall be a bestselling writer." Mark Twain, James Baldwin, Anthony Trollope, Jane Austen, Toni Morrison; one way or another, they wanted and received money for their prose. And so, for that matter, do all the impure, inauthentic, paid staff writers at the Huffington Post.

As those staff writers are aware, writing isn't (just) an expression of personal genius and soul. It's work. As a freelancer, I've written test questions for middle school standardized exams, management textbooks, listicles, poetry, fiction and press releases about floor tile. There's obviously a hierarchy of prestige there; poetry is art, exam questions are… well, not art. But as someone who’s worked hard to write exam questions with humor and interest and even some love, it's not the genre that makes the writing worthy, but the care and the genius (or lack thereof) you bring to it.  Whether it's work-for-hire dreck or a painful soul-baring confessional piece, the process is not so different.  You do research, sit at the keyboard, write, edit, re-write, spellcheck and hope your editor doesn't have too many revisions or, god forbid, kill the piece. Writing takes time, effort, craft, skill, and when you're done, you invoice. It's a job.

Saying writing is a job doesn't diminish it; quite the contrary. Rilke and Hull suggest that writing is more authentic when it's more interior and individual—when it springs from the soul rather than from a conversation about dollars and cents. But that erases the fact that if writing is anything, it's a conversation. A private language is an oxymoron; language is social—and more, it's what makes society possible. Writing is impure. It's a messy response to what someone (say Stephen Hull) said, and to how some audience out there will respond. When you write you take bits and pieces of other voices and rearrange them, contradict them, agree with them. Writing's not a quiet, locked soul; it's a messy, crowded public square. And one of the things that happens in that square is that people pay for stuff they value. Forget Rilke in the artificial bubble of his heart; the real, authentic writers are out there throwing elbows like Louisa May Alcott, jostling to pick up that hackwork.

Unpaid writing isn’t illegitimate. There are lots of reasons to write for free. Maybe you're a professor and you write a book to get tenure; maybe you're working at a non-profit and write a blogpost to promote the cause; maybe you've got friends and want to communicate with them via Twitter or Facebook. Or maybe you're Emily Dickinson, and you love writing amazing poetry, even if T. Wentworth Higginson is the only one who sees it. The market isn't and shouldn't be the only way that people interact with each other, and so it won't be the only context for writing either. In some instances, cracking up your 12-year-old by writing an off-color Abraham Lincoln clerihew ("Abraham Lincoln's/britches were stinkin'./He proclaimed his emancipation/from constipation.") is the only payment you need.

But one thing is certain: writing exists between people, even if the audience for it is only a friend, loved one, or an imagined reader. And writing for pay emphatically exists between people. It’s writing that someone has interacted with, evaluated, commissioned, edited, and shoved into their brain. Pay is one indication that writing is public—and writing for some kind of public is the purest, impure, only kind of writing there is.