How video games became the foremost culture medium of our time. 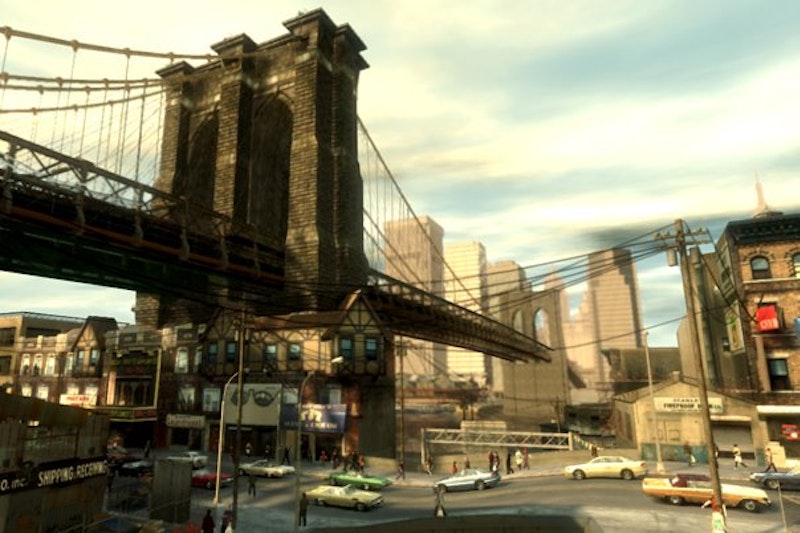 Absent context, 2.88 million seems like a massive number, like lottery jackpots, corporate earnings, statewide populations, professional athlete salaries. And in respect to the recording industry, 2.88 million in 2008 is nearly unfathomable. It is however, the number of copies of Lil Wayne’s critically muddled Tha Carter III that were sold last year, making it the first record since 50 Cent’s 2005 The Massacre and Kanye West’s 2007 Graduation to sell over one million copies in their respective first weeks. (Kanye was even a hair under a million sales, but he was close.) Whether or not you agree with Lil Wayne’s boisterous “Best rapper alive” claims or not, you have to admit one thing: He’s the most popular pop music force on the planet right now.

Wayne and his titanic sales aside, he’s a far cry from music’s golden age of record sales. The Backstreet Boys, for instance, released Millennium in 1999 with such singles as “I Want It That Way.” On the album’s release day—not week or month, but day—it sold 500,000 copies; in its first week, 1.1 million, and nearly 10 million copies by year’s end. All of that, to say nothing of the likes of Mariah Carey and Michael Jackson, whose records would likely be considered abject failures, had they produced the kind of sales Tha Carter III did.

Blame it on the Internet and the increase in illegal downloading and leaked albums, but over the past several years, music has gone from a legitimate cultural force to a casual aside (see: diminished record sales, the death of music crit magazines/webzines, etc.). For the vast majority of the American (and I would contend worldwide) public, music has become something you stumble upon, not something you invest in. Its decline, while not inevitable, certainly shouldn’t be a shock. Other cultural forbearers have experienced the same fate: radio giving way to television, television giving way to the Internet and so on. But the latest cultural purveyor is one that is largely still being ignored as a niche market, and one for lethargic youth: video games.

The rise of video games has been unprecedented in both its rapidly increasing capabilities and cultural relevance. The current state of next gen systems (Xbox 360, Nintendo Wii, and Playstation 3) was but a pipe dream 10 years ago. For a point of reference, compare Jurassic Park to Transformers, and Madden 99 to Madden 09. The differences in the latter are more akin to comparing Hitchcock movies to the Transformers series—you know, without all of the aesthetic and quality implications. Hell, compare Ghostbusters with its recent next gen release; the differences don't compare to the huge leaps made in video game technology. With the rise of the digital age, so too has followed the rise of the video game.

To put things in more concrete perspective: Grand Theft Auto IV. The highest grossing game of all time, GTA IV was released in 2008 and sold 3.6 million copies on its first day, eclipsing Millennium, Tha Carter III, and just about every other record you can imagine. And at more than $50 per copy, it’s not like this is something that every six-year-old is buying with his allowance money. GTA IV has gone on to sell in the range of 13 million copies worldwide and has also been critically acclaimed. Here, you can make a case for the universality of violence as opposed to music and humor, but there is something much bigger at work; video games are not just for the pimpled preteens and techy nerds anymore.

In a world of ever-increasing functionality and interactivity (Web 2.0 and beyond), video games afford these liberties and freedoms while being able to also make general social commentary. The sales of a game like GTA say something about society, sure, but it’s the moral- and value-based decisions and aspects of video games that largely go unnoticed amid complaints of torrid violence that have finally raised the standard of this media to that of film, television, and music.

I’ve long been of the opinion—and this may just be fanboy posturing—that Final Fantasy VII, released in 1997, was the turning point in this transition, a time in which the story and decisions you made were just as important as gaining experience and completing the game. The earliest video games largely didn’t have plot. The Mario series equates to, basically, an army of turtles steals your girlfriend. Sonic the Hedgehog wants to free all of the cute nature critters that have been abducted and forced into manual labor as mechanized villains. You see where this is headed. FF VII, however, forced you to be invested in your protagonist, gave you options whether or not to help towns fight off swarms of enemies attacking their lowly villages, and generally gave you more than “If you do A through Z, you’ll save the Princess.”

FF VII also represented the time when technology finally caught up to game designers’ aspirations (this goes a long way in making the rise of video games possible). It was a time when you could put a video game onto three separate CDs and have the game last longer than two hours. It allowed for realistic representations of humans, anime  depictions aside. It even inspired a cinematic sequel (not a movie based on a game a la Resident Evil). It is the freedom of movement and decisions, though, that sets FF VII apart and makes it the turning point for video games.

In essence, video games are the ultimate form of media, or at least have matured into it. Providing the thematic elements of novels and film alongside the ability to interact not only with an increasingly autonomous machine, but also with members of that community worldwide, video games have become out era’s defining cultural force. And with advancing technology, so too will video games further unveil themselves as an important societal aspect—Microsoft’s Project Natal comes immediately to mind. The days of turtle armies are over (mostly); shouldn’t we start acting like it?