It's just another part of your career. 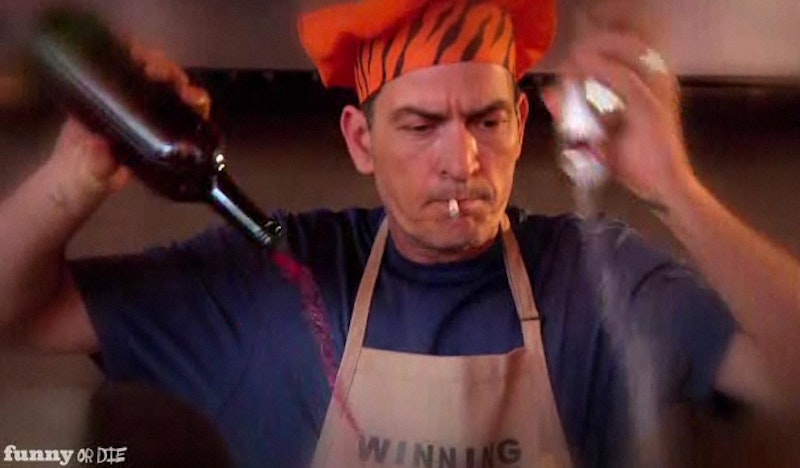 Failure is no longer a pejorative. It's certainly not the same career-ending concept it once was for celebrities. We've all witnessed—for better and probably worse—Charlie Sheen, a man who turned losing into winning then into losing and back into winning and I've lost track of which one he's doing now.

And don't forget the countless athletes and politicians who’ve "accidentally" made racist, sexist or homophobic slurs, robbed jewelry stores, or even caused traffic accidents while drugged and intoxicated. Hell, that becomes old news fast and eventually we find them back on top. Truth is, we barely noticed they switched positions in the first place.

This new Failure Lite obviously isn't exclusive to the famous. Due to social networking, the majority of us “regular people” are in public view, live onstage, more often than not. There is no end to rage Tweeting, drunk Facebooking and deranged posing for YouTube. A while back, these random, erratic acts would have led to ostracism from civil society. But now people blow it off because they’ve also done the same foolish things. Your gaffe is instantly forgotten and replaced by someone else's failings within three or four minutes. Does this mean we have become a more forgiving people? Of course not. Instead it provides fuel to the notion that we have morphed into a more self-absorbed culture, all happily swimming in the same Petri dish. And we're proud of it.

Surely narcissism is a bad thing, but loving ourselves gives us the strength to forgive ourselves. And what was formerly an infinite stigma placed on failure is now being expunged. Which is positive. In our current climate we can fall flat repeatedly and resurrect ourselves, leaving little trace of a downward spiral. Many savvy people, regular Joes like us, are taking full advantage of this leeway. The ones who don't—the folks who compulsively fester over their embarrassments and have an erroneous idea that others are doing so too—are anachronistic sad sacks. In today's world, there are no more losers. As our basic human connection erodes, we all come out ahead. Score!