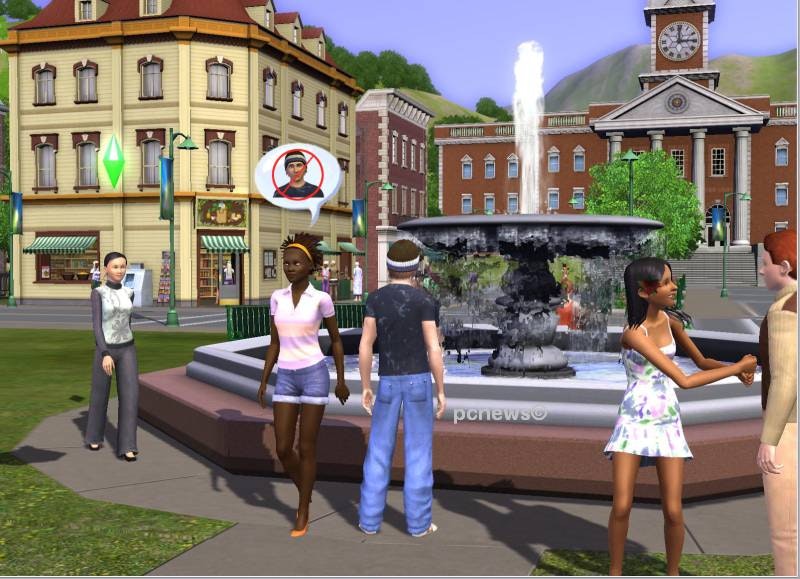 Everyone knows God likes to remain "hush hush" on the issue of his retirement. When will it be? Or, more controversially, has it already happened? But despite staying mum, the man in the sky openly admits that the latest release from EA Games, The Sims 3 World Adventures, is definitely on his post-retirement agenda.

"World Adventures" is an expansion pack for The Sims 3 that allows users to travel to China, France and Egypt and help their sim learn skills like kung-fu, snake charming and nectar making.

"It's horribly stereotypical," God laughed. "I mean, how many Egyptians actually snake charm these days? That would be like a Sim Heaven game where all they did was learn to play the harp and eat Philadelphia Cream Cheese. Do some research!"

When asked what a Sim Heaven game might actually be like, God laughed again and said, "Hey, I'll get back to you on that. I've been looking for a side project. Check the shelves at your local Target in about 18 months."

Despite believing the game inaccurately portrays other cultures, God lauds The Sims franchise for its emphasis on "weird, sexual happenstance and cheeky cultural references."

"There's a Katy Perry song in Simlish!" God exclaimed. "Which is pretty much impossible. I mean, Simlish doesn't even have the concepts of aspect, tense or mood! When I pulled that Babel fiasco, I never imagined how many fake languages you humans would create. Elfish, Klingon, those are great, but Simlish is hands-down the worst."

It's the overall simplicity of The Sims 3 World Adventures that ultimately makes God call himself a fan.

"Sure I'll miss the world and the human race when I retire. Kind of. Before The Sims was invented, my general retirement plan was to get access to MTV and cut my ties there. Luckily I won't have to do that anymore," he explained. "My Sim is named Clyde. He's on the ‘Master of the Arts’ career track. Someday Clyde will do kung-fu, and I'll remember the earth fondly."