Are You Too Boring? 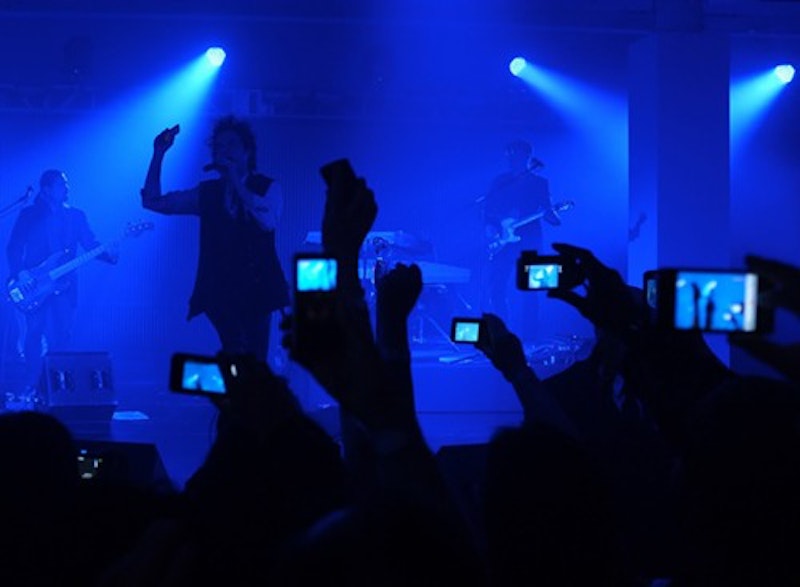 A few weeks back, as part of the 2013 NYC Foursquare Hackathon, a Foursquare-sponsored meet-up of programmers and computer engineers who build custom apps using Foursquare's API, a few young friends won the Mashery Grand Prize for CouchCachet, an app that automatically checks you in to local concerts and trendy restaurants (with obligatory status update praises about some sumptuous dish). Says their website:

Wouldn’t it be great if there was an app that showed you all of the cool parties, bars and restaurants that you could be hitting tonight? Of course it would. But you know what would be even better? A social application that will lie and say you are already doing those things while you sit at home in your pajamas.
The app will also tweet lyrics from indie rock bands and post pics of skinny-jean-wearing hipsters to your Instagram; "you won't be cooler, but you will seem that way." All of which reminds me of that classic Simpsons clip about sarcasm and hip, disaffected twentysomethings. Is CouchCachet a joke? I don't even know anymore; though it's definitely fitting that the Mashery Grand Prize was tickets to SXSW.

In his New York Times profile of the app, Jim Dwyer talks to CouchCachet programmers Justin Isaf and Brian Fountain about anxiety in the Digital Age, where anyone who's anyone, apparently, has a Facebook, Twitter, Instagram, Tumblr, Wordpress, Pinterest, Bandcamp, and on and on, and every oh-so-incredibly-interesting thing we all do is documented therein—every thrift store find; every front-row video of some band you should really be listening to; every all-organic, locally-grown, gluten-free meal.

“Fear of Missing Out,” he said.
Of course FOMO is more than just worrying that we're not doing enough, it's worrying that we're not doing the right things, that if someone were to catalog our interests we may just come up lacking, and why not, when everything from computers to mayonnaise is sold to us based on our totally uncompromising hipness. There is a kind of permanent High School-ism here: Are you fitting in? Are you fitting in too much? Are you even trying at all?