Especially when it comes to malicious transaction/overdraft fees. 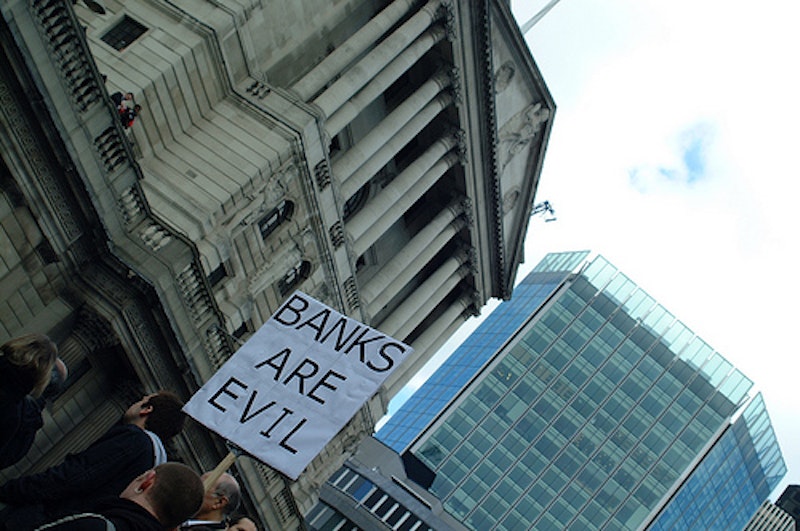 Okay so this is how it went down. I open my laptop and Login to Chase.com to check my bank balance, as I do everyday. I’m seeing that my Savings Account is way less than it should be, and I shake my head, crinkle my lips and start to take my earrings off. I flip through the history and notice that these bitches done charged me $40 damn dollars—of my own money—because I made a transfer from my Savings Account to my Checking Account. Say what? Will somebody please explain how in the hell I basically ended up charging myself $40 for transferring between my own accounts?

Don’t you hate that no matter how mad you are when you call the bank/cable company/a billing place, they’re always so damn happy.

I tell the lady what just happened, she feigns sorrow like clockwork. I tell her that before I switched to Chase I was with Citibank for three happy years and never had any kind of surprise fee. I tell her I only switched to Chase because there’s basically a Chase every two feet in New York. Doesn’t care. “Oh I’m so sorry to hear that sir”—and then the part that we all know so well—“but there’s nothing I can do about it. The charges are valid.”

Woo I am on FIRE now, like I’m so mad that I’m literally out of breath. So I pull the oldest trick in the book: “Well then I need to speak to somebody else.”

At this point I’m still eloquent and relatively calm, but not for long.

Most people would agree that customer service sucks. You sit there on hold f-o-r-e-v-e-r, listening to the same Vivaldi concerto play 200 times. And then they finally bring themselves to pick up. What is it about customer service/warranties/etc that the answer to your request is always “there’s nothing I can do about it” or “I’m sorry, but that’s not covered under our warranty.”  What are these people doing if they’re not helping folks out?! That’s exactly why they do customer service over the phone, because otherwise somebody in a customer service booth would be getting punched out on a regular basis.

I used to make fun of my cousin for always getting charged overdraft fees. We’d be up at the Check Cashing Joint and I’m just like, “Girl why don’t you just get you a bank account!” Fees, that’s why. She may not be the most responsible person on earth, but I’ve heard so many horror stories about overdraft fees and other random surprise fees that just pop up when you least expect.

You want to know why the answer is always “there’s nothing I can do about it”? Because banks make major cash on secret fees. As the New York Times reported a few days ago, last year alone the banks scored roughly $20 billion dollars from overdraft fees. $20 billion dollars! But starting this summer, Bank of America will be the first bank to nix overdraft charges altogether. But don’t think they did it out of the goodness of their black heart—they did it because as of July 1, the Federal Reserve says it’s illegal to charge overdraft fees on deposit accounts without your consent. Finally! Apparently, too, there’s a reason I was never charged overdraft fees the three years I was at Citibank—because they have never charged overdraft fees! I knew I wasn’t crazy.

So I’m still on the phone with the lady from Chase and she still won’t give me my dollas back. So I only have one option left: get ghetto. It always works—just throw all that eloquence right out the window. I started cursing and telling her just how much I hated these fees. And every time she said something patronizing like “Well, sir, I’m sorry, maybe you should manage your money better because there’s nothing I can do about it” it was like pouring gasoline into a fire. I was lit up and said as angry as possible:  “No no no. You’re not listening to what I’m saying. Let me say it again: I need my $40 back and I need it back now, and I’m going to keep saying it over and over again until you understand. So either you make it happen or we’re just going to sit here repeating ourselves.”

Aah hah! Then the bitch put me on hold. Two minutes later, I got my $40 back. Why didn’t she just dot that at first? This conversation could have easily been 2 minutes instead of 10.

I think that a huge percentage of calls to banks—maybe half?—are about some surprise fee or another. Hopefully, all banks will take Bank of America’s lead and nix their surprise charges. It’s not fair—and it’s your money!

But if customer service is still testing your nerves, just remember that getting ghetto always helps speed things up.