Using Scientology to Get Sober

You can thank L. Ron Hubbard for being a tippler’s best friend. 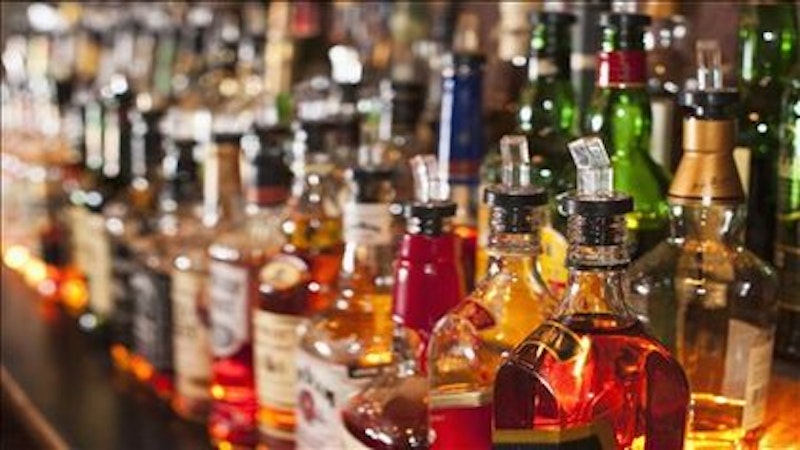 Friends, has this ever happened to you? You’re drinking at a club, party or work and before you know it, you’re way too drunk way too early. The room has begun to spin. You’re slurring your words! You’re wasted already and yet there’s too much trouble to get into before calling it quits!


Say you’re out on the town on a typical Friday with the night still young at merely 9:30 and you haven't paced yourself and there you are, already plastered. What are you going to do? Put a plug in the jug? Say goodnight? Drink some coffee? Are you going to give your keys to the bartender and call a cab? How sad.

I say no! You’re just soused, not crazy!

What can you do? This calls for a Scientology sobriety assist. Scientologists might also call this a locational, but you can call yourself lucky and thank L. Ron Hubbard for being a tippler’s best friend.

"Not so fast," you say, "Isn’t Scientology really expensive and big fat cult too?!" Yes on both counts, but this thing that I offer is a freebie. The rest of the old Scientology ball o’ wackadoo is gonna cost a lot, but don’t you wanna get back to some more drinking? I thought so. Stop arguing and follow my example and you’ll be able to stretch happy hour well into the wee hours.

Usually a trained Scientologist, when called upon, would do a sobriety assist on another. But I'll tell you how you can apply some LRH tech to yourself. The procedure is simple enough; you might first find a wall to lean against then do what I did many, many years ago. Point to an object near or far and give yourself the command: “Look at that__ (fill in the blank).”

Sometimes I’d have to cover one eye because I’d be seeing double. Then I’d look at the moon, as I'd commanded myself. Once I was satisfied that I’d obeyed my command and had seen the thing that I had pointed out, I’d acknowledge myself with a “thank you” or a “good” or a “okay”. Any acknowledgment will do.

And I’d do it again and again, pointing out things near or far to look at, giving myself the command, obeying the command by looking at that thing and once again I’d complete the cycle with an acknowledgement of some sort.

“Look at that cigarette lighter.”

I’d just keep it going for as long as it would take. With luck, I’d have a little privacy in the process. I didn’t want people interrupting me with, “Hey, what the hell are you doing?” Don’t try and explain. You lose your momentum and then if you do explain rather than refer them to written material by LRH you are spreading vd—verbal data. Then again, if you alter the technology in any way and promote the bastardization of the tech then you are what they'd call a squirrel. So, don’t do that. Kids, don't be a squirrel like me. Remember more drinking is the object here, not dissemination. So, if it happens that someone interrupts you, just ignore him or her and continue with the process of the sobriety assist.

Is that it you ask? Yes it’s that easy, and it worked for me many times!

How long does it take to work?

Your EP will be your EP—end phenomenon.

You may suddenly realize that the sadness that you tried to drown away is forgotten and you can’t stop smiling. You may become aware that the song that was stuck playing in your head has stopped or that green is definitely your favorite color.

I was always amazed and pleased how after some minutes of running the sobriety assist on myself that the spinning merry-go-round feeling would settle down, the hiccups would stop or the double vision would clear up.

A word of caution; should this drinking get out of hand and someone recommends the Scientology detox program also known as the purification rundown, don’t do it without talking to me first.

I’ll try and talk you out of that one.