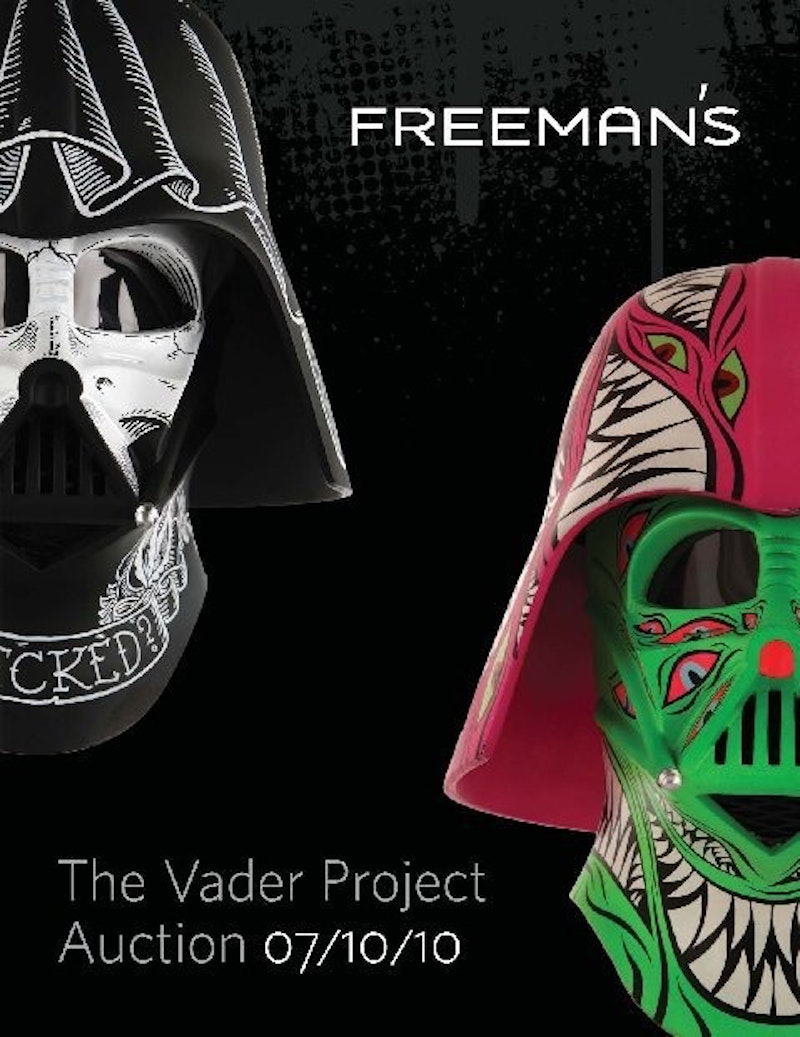 I’m a semi-hardcore Darth Vader collector. He’s a tall, baritone dude who never changes his clothes or his helmet. The most exciting Vader you might come across is usually a translucent “holographic” blue color, or have a removable helmet to reveal the Humpty Dumpty mess that lives underneath it. Whatever variations there are, I probably have them—including the giant, silver Pez dispenser that plays the Imperial March when you extract candy from Vader’s throat hole.

Only recently has George Lucas and his merchandising empire loosened the reins on the whole world of “making fun Star Wars stuff.” Instead of engaging in extensive litigation anytime someone references a Wampa, Lucas has begun to lend out these properties for people to remix, and the results have been a pretty impressive outpouring of creativity. From calling upon the Sucklord to curate his own stable of Star Wars artists to allowing Family Guy creators access to original Star Wars materials, we’re getting a steady influx of nerdy awesome.

The Vader Project has traveled across the globe in the past four years, featuring 100 artists who took life-sized replicas of Darth Vader’s iconic helmet and redesigned the surfaces of them. While the project from DKE Toys is not officially endorsed by Lucasfilm, nothing’s been done to impede the subversion of the Sith Lord, essentially lending their unspoken approval. In July, the show is coming to an end when all of these helmets are auctioned off in Philadelphia by Freeman’s Auctioneers and Appraisers. Bidding starting at around $1500 each.

It’s always a bit uncomfortable when art and pop culture attempt to live peacefully together, as evidenced by the unpleasant conundrum of Lady Gaga, but The Vader Project merges these things into something which is accessible to a variety of audiences. Artless geeks appreciated the presence of one of their most revered villains when this show appeared at various Star Wars Celebrations and San Diego Comic Con, and art dorks who scoff at the relatively lowbrow world of science fiction might be able to see where the two universes merge.

So, if you’re in LA or Philly in the next couple of months, stop by one of the final venues and pat one on the head for me.