Wine has come a long, long way in the past 40 or 50 years. Soon, the Maryland legislature is about to consider combining a hike in the alcohol tax with a legalization of home delivery. 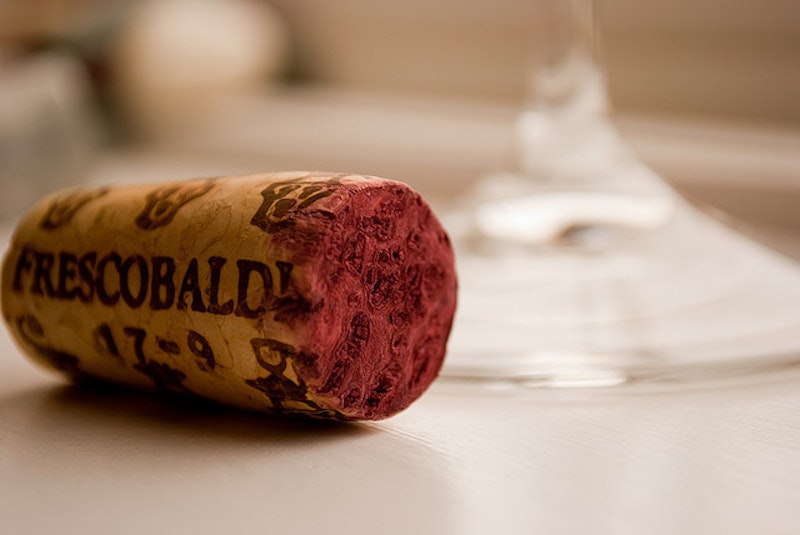 Back in the bad old days, say 35 or 40 years ago, there were only two kinds of wine available in Maryland and most other states: French and Gallo Hearty Burgundy. California was not the world-class wine producer that it is today, and what little drinkable wine it bottled was not shipped because of limited supply, conflicting state tax laws and fear of bruising the delicate beverage. Visitors to California were allowed to buy and extract only two bottles from the state to lug home. Willamette Valley in Oregon was unheard of. Italian wine was, for the most part, God-awful grape juice, and Chianti was an accompaniment to pizza that came in straw-wrapped bottles that made kitschy candle holders on checkered tablecloths. Spanish wines, except for a couple, were sub-par plonk along with Italian. American and French entrepreneurs had not yet discovered the grape-friendly climates of Argentina, Chile, Australia and South Africa if, indeed, there were any Third World wines at all. Maryland had only one winery, Boordy.

Today, the world is awash in wine, billions of gallons of the world’s oldest beverage being produced every year in unlikely corners of the world, crossing borders by boat, plane and any other conveyance that can safely haul the stuff. France, for example, produces seven–eight billion bottles of wine a year, or 17.6 percent of the world’s exports. And in 2009, California shipped 196.7 million cases of its home-grown wine. There’s so much good juice available that, except for the very persnickety and pretentious, it’s possible to drink yourself silly for under $10 a bottle. The mass market approach to wine-making was pioneered in California by Robert Mondavi and a new generation of the Gallo family, which produces approachable wines in a variety of labels at popular prices. And here we are not talking about jug or boxed wines but the real thing that comes with corks and screw-tops in .750 mm bottles. Maryland now has more than a dozen respectable wineries.

Beneath that ocean of wine for the masses—no pejorative is intende—there is another level of wine production, thought to be the palate-pleasing gems of the cognoscenti, at one taste-bud sensation, or a haughty bragging-point for wine snots on another. Add to them the collectors who purchase wine for purely personal reasons such as the annual release of “Marilyn Merlot” because it features a picture of Marilyn Monroe on the label. Finally, there are the investors, those who stockpile cases of rare and obscure bottlings and hope to cash in later at auction. Many wines in these categories are not available on the shelves of Maryland liquor stores, nor are they stashed in home wine vaults for no reason other than Maryland law prohibits delivery by mail. These are the so-called “boutique” wineries whose demand is high and production is low, some as low as 500 to 1,000 cases a year compared to the bulk vintners who turnout upwards of 50,000 to 100,000 cases annually. This is serious lay-down stuff, wines that are packed and shipped in wood, not cardboard, and can be stored for generations alongside the revered 1961 Ch. Latour or an exquisite vintage Port. The boutique wines are the collectibles that are not available in Maryland, or many other places, for that matter.

There's now a long-awaited report from Maryland Comptroller Peter Franchot that demolishes many of the arguments against home delivery of wine as well as a slew of the myths and bugaboos that the state’s liquor industry has employed over the years to block direct consumer access to out-of-state wine. One argument was that winery-direct would cut into retail sales in Maryland as well as disrupt the delicate balance of profits in the state’s three-tier system of manufacturer-wholesaler-retailer. Another was that the switch would provide easy access to wine by underage drinkers—never mind that kids prefer other substances.

“Direct wine shipment by out-of-state wineries to Maryland consumers would not have an overall negative effect on in-state licenses, because purchases from wineries are primarily motivated by ‘availability’,” according to the Franchot report as it appeared in published accounts. The report states further: “There is no evidence that underage drinking has increased or decreased as a result of direct wine shipment.”

Legislation to allow mail delivery of wine got a mighty push last year but when the moment of truth arrived, liquor industry lobbyists prevailed, as they have in the past. They’ve already sent early signals that they’ll oppose the change again this year even though the chairmen of both committees overseeing the legislation support its passage. They are Sen. Joan Carter Conway (D-Baltimore) and Del. Dereck E. Davis (D-Prince Georges).

Thirty-seven states and the District of Columbia already allow the direct shipment of wine to consumers’ homes or other addresses. And according to reports, many wine-producing states have not only witnessed an increase in business but also a surge of interest in their products. A prime example is Virginia, where wine production has eclipsed tobacco as a major agricultural enterprise. Contrary to the Maryland alcoholic beverage lobby’s claims, many retailers would welcome mail delivery of wine because it would heighten interest in the beverage and increase their business as consumer knowledge and tastes expand.

The toothsome twist to the debate is that the existing law is easy to break with little or no risk of getting caught. Wine aficionados in Montgomery and Prince George’s Counties, for example, can easily have wine mailed directly to a friend or business address over the line in the District. Or select any other nearby direct-mail state where a cousin or friendly in-laws live and pick up the package on the next visit.

The alcoholic beverage industry could be in for a double whammy during this year’s legislative session. Momentum has gathered for home-delivered wine and a change in the existing law has its best chance of passage as any time since the debate began years ago. And among the tax increases being actively considered is a hike in the alcoholic beverage tax which hasn’t been increased since 1972. The tax on beer hasn’t increased since 1955. Vincent DeMarco, the health care activist, is once again calling for a “dime-a-drink” increase to fund health care for the poor. It has the support of a coalition of like-minded interests as well as the backing of a number of legislators who signed on as a condition of endorsement in last year’s elections.

The comingling of the two issues sounds like an ideal situation for a compromise or a trade-off—perhaps one or the other but not both. If the alcoholic beverage industry lobbyists get too cute or too stubborn, the businesses they represent are liable to get slapped with both the mail delivery of wine, which is gaining in popularity, as well as the alcoholic beverage tax increase. Pick your poison.