The Death of Sister Ray

Another iconic record store, this one in central London, goes down the toilet. And while it’s easy to opine the death of independent outlets like Sister Ray Records, one writer has some perfect tough love for hip stores that blame the Internet for their own easily diagnosable demise. 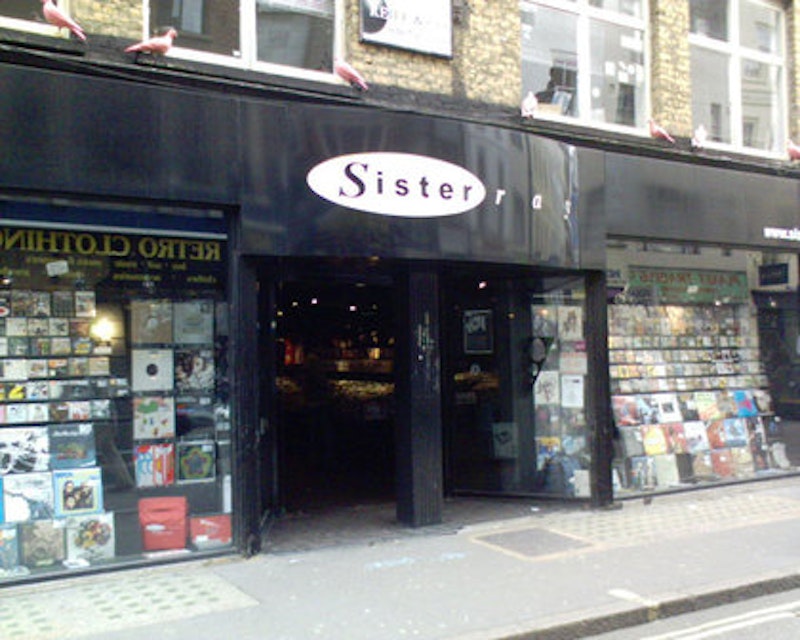 The closing of Sister Ray Records on London’s Berwick St. (the same block made famous on an early Oasis album cover) is naturally a saddening development for those of us who value independent shops in this time of increasing corporate market domination. “Another adversary swallowed by the faceless overlords,” we’re preprogrammed to say. And it is sad, just like any time a hole-in-the-wall bakery, crafts store, locksmith, or whathaveyou has to pack it in due to a dried-up revenue stream. These businesses are tough work to maintain, and it’s admirable to do so in the face of Internet and corporate competition.

But an excellent post on UK blog Harry’s Place makes an argument for why the pity party shouldn’t carry on too long. I’ll let the writer, identified only as Brett, tell it like it is:

I don’t think [the store’s closing] has anything to do with digital downloading, which predictably is cast as the chief villain in the Q piece.

So, here’s some tough-love for Sister Ray: Your shop is too dark. Your prices are stupidly high and your staff are unfriendly. There, I’ve said it.

Sister Ray does not invite you in. The shop seems dark and stuffy. The surly staff seem disinterested in your custom. A friend used the word “sneering” when I brought the subject up recently.

I was a frequent shopper at Sister Ray during the year I lived in and around the UK capital, so naturally I’m sad to see a good store go, particularly one where I bought many cheap copies of more London-friendly fare like the Pogues’ Rum, Sodomy and the Lash. But Brett has it right, and not only with regards to the problems of this specific shop, which was indeed dark as night and closed too early. Rather, the greater problems that Brett identifies plague innumerable small businesses that seem simultaneously flustered by the marketplace’s ongoing changes and too frightened to actually shake up their own approach. Namely, they try too hard to woo demographics that don’t care and not enough time focusing on the ways in which in-store shopping will always trump the Internet:

When shops like Sister Ray identify downloading […] as the problem (“Young people consider it ‘uncool’ to pay for music” they’re quoted as saying in Q …) it is obvious who they see their target market as. “Cool young people”. Well frankly, fuck the cool young people. If they’re the demographic turning to downloads, then stop catering for them. Cater rather to merely semi-cool people in their late 20s, 30s and - gasp - the over 40s.

In other words, stop running after an audience that has been raised not to appreciate you, and start enticing the people that love the kind of shopping you provide. Naturally, these people will be more obsessive collector-types, which is perhaps a seemingly small demographic but a loyal one. Treat these people well and they will reward you with unmatched customer loyalty.

You see the same problem in many independent bookstores that put the New York Times bestsellers right near the entrance, as if those same books weren’t always available for less money at the nearby Barnes & Noble. Why not take some risks and present customers (all of whom are readers, mind you, whereas a portion of all B&N clientele is just there for lattes and greeting cards) with a couple oddball choices, also at a discount? This kind of personalized expertise is exactly the kind of thing that little stores can do well and the Internet can’t do at all. As it happens, London has a number of stores that do just this, notably Foyle’s Books and Fopp Records (to name a couple from my own limited experience), both of which are expertly stocked, brightly lit, and incredibly rewarding to browse.

When Brett correctly identifies “lack of imagination and a myopic inability to identify opportunities” as the ultimate reasons for Sister Ray’s death, he sends a much-needed shot across the nose to likeminded stores. To wit: There will always be people who value your services, and you must either maximize this group’s enjoyment of your store or die. Just like Sister Ray did.