The Couturiest of the Couture

Apple is selling us the same thing, over and over again. 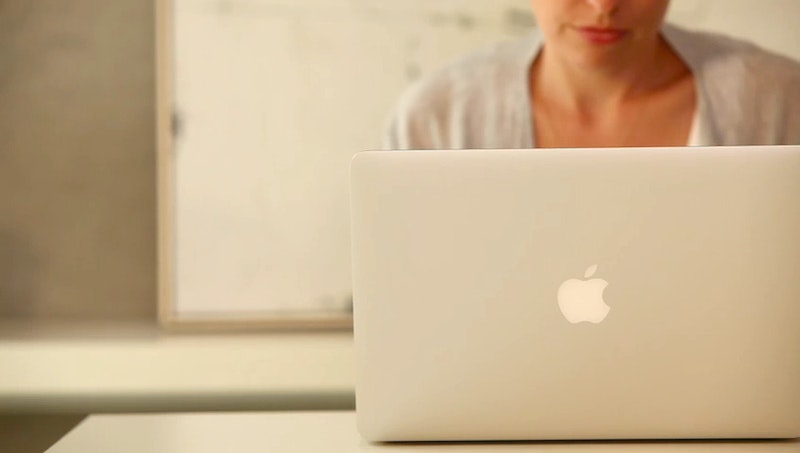 Twice a year I get excited about Apple product announcements. iPhone this, iPad that. iCan’t really afford anymore of this iShit. What can I say? Your boy’s an Apple fanatic. When the first generation iPhone came out, I busted my ass to get one. I haven’t owned a PC since 2002, and I basically have to wear a Hazmat suit every time I get near one to protect myself. But as an Apple fanboy, sometimes it really squeezes my nerves—battery recalls, manufacturing issues (“avoid holding the phone in that manner” you fucking idiot), high prices, AT&T. And yet, people still willingly throw tons of cash at whatever hot new thing Apple comes up with.

But I was so confused by this past Wednesday’s announcement of a new and improved MacBook Air. New? Improved? I’ve always hated the Air because I think it’s kind of stupid. So during Wednesday’s keynote, Steve Jobs, show pony that he is, opened by saying, “We wondered what would happen if the iPad and the MacBook hooked up.” Everybody knows the answer to that: an iPad with a keyboard! No duh. That’s not worth a whole keynote and all that media fanfare. And the truth is that Apple won’t soon have another major technological splash as big as the First Generation iPhone. That was a doozy, wasn’t it? When the iPhone was originally announced, people passed out from the fervor and made skits about Jobs as a technological dictator. When the iPad came out, we all yawned and made fun of it.

The meat of Jobs’ presentation on Wednesday was about a newer, slightly faster, even thinner Air. This new 13-inch Air has two USB ports, a “roaring” 1.86GHz processor, 2GB memory, 128 GB of storage, but no Fire Wire and no optical drive. All for the low, low price of $1299.

I’m in the market for a new computer right now since my 2008 MacBook Pro is dying, as computers all seem timed to do after exactly two years and four months. Too much porn on it or something. Anyway, when I saw the ads for the new Air I kept thinking, “Oh I have to have that. It’s sooo cool and sooo chic.” So I compared the Air to the lowest end MacBook Pro, and the results blew me away. The 13-inch MacBook Pro has a faster processor, more memory and twice as much hard drive plus an optical drive. The Price: $1199.

Okay. At $1299 the 13-inch Air costs more than the lowest end Pro and does less stuff? That’s fucking stupid! Who’s that stupid? Do your math, everybody. I really want to meet the people giving away $1300 for a machine that doesn’t accomplish much. Yeah, it’s portable, but who wants to pay all that money for some goddamn “air”?

But dude, if price is the major issue, just get a cheap computer—a PC! Um, eew. Hazmat suit!

Apple believes stuff like the MacBook Air and the iPad are the next wave of computers. Maybe. In our Internet heavy culture of instant uploads, downloads, Tweets, and Status Updates, being connected at all times is obviously the voice of the future. Kindles, Netbooks, Everybody Has A Smartphone. My problem with it is that corporations are too busy bombarding us with a bunch of shit that’s basically all the same; their job is obviously convincing us that we will die unless we get all of these things. I mean, really: what’s the exact difference between the iPod Touch, the iPhone, the iPad and the MacBook Air, and do we really need all four?

The sad part? I still kind of want a MacBook Air. Like my impulses are going, “Get the Air! Get the Air!!” But then I remind myself that it’s fucking stupid to pay $1500 for a computer that basically just slips into a manila envelope. Wow.

Of course, I think everything should be couture, and Apple is obviously the couturiest of computers, but this time I don’t think I’m sold.