A look at advertising, the bastard art. 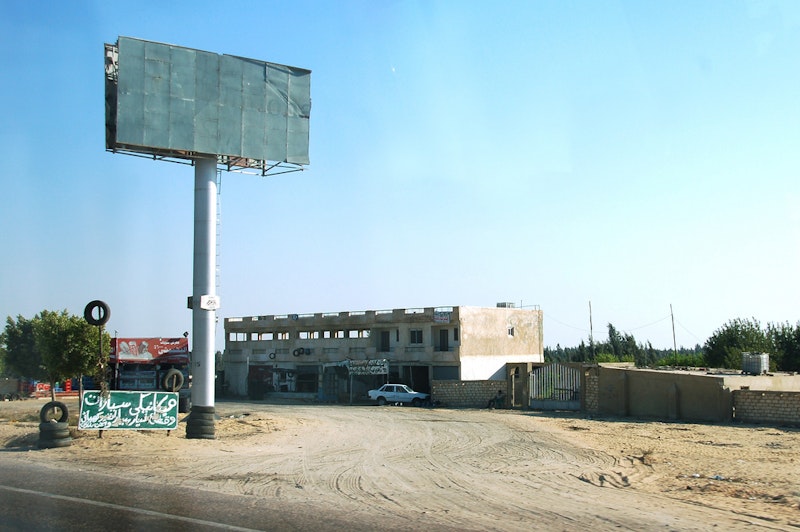 Advertising is the propaganda of capitalism. As is generally the case with propaganda and ideology, it’s hard to tell which came first—is advertising so successful because the World Bank and the U.S. Marines have imposed it by fiat, or has capitalism conquered because McDonald’s franchises have rolled from the halls of Montezuma to the shores of Tripoli? Either way, whether it’s a sign of hard power, soft power, or stupid power, there’s no doubt that, if you’re a Marxist, the triumph of advertising is an occasion for prolonged wailing and the gnashing of little red books.

One such wailing, gnashing Marxist was Raymond Williams, an old-school British socialist and cultural critic in the Frankfurt School tradition. A good bit of his writing deals with internecine intellectual squabbles ion the left which are of interest mostly to—well, okay, they’re not actually of interest to anyone (“base…superstructure…zzzzzz.”) His 1960 essay, “Advertising: The Magic System” is different, both because advertising is a topic of general interest and because advertising is ridiculous. In providing a historical survey of puffery from the 17th century to the 20th, Williams gleefully quotes both examples of the bastard art and the enraged squeals of its victims. For example, here’s an advertisement from 1660 for a toothpaste which: “being constantly used, the Parties using it are never troubled with the Tooth-ache. It fastens the Teeth, sweetens the Breath, and preserves the Gums and Mouth from Cankers and Imposthumes.”

Sound familiar? And here’s Samuel Johnson musing that things couldn’t get any worse a century later.

Advertisements are now so numerous that they are very negligently perused, and it is therefore necessary to gain attention by magnificence of promises and by eloquence sometimes sublime and sometimes pathetick. Promise, large promise, is the soul of an advertisement. […] The trade of advertising is now so near to perfection that it is not easy to propose any improvement.

Johnson, in the 1700s, thought things had gone as far as they could because, as Williams drily notes, “Johnson, after all, was sane.” Nonetheless, by the mid-1800s, advertising had leapt over the bounds of Johnson’s lucidity and out of the pages of newsprint onto walls, with posters covering every available surface in some London blocks. A hundred years after that, advertisers had made their final brilliant metastasization, abandoning banal falsehood for duplicity of a new!  improved! kind.

It is impossible to look at modern advertising without realizing that the material object being sold is never enough: this indeed is the crucial cultural quality of its modern forms. If we were sensibly materialist […] we should find most advertising to be of an insane irrelevance. Beer would be enough for us, without the additional promise that in drinking it we show ourselves to be manly, young in heart, or neighbourly. A washing-machine would be a useful machine to wash clothes, rather than indication that we are forward-looking or an object of envy to our neighbours. But if these associations sell beer and washing-machines, as some of the evidence suggests, it is clear that we have a cultural pattern in which the objects are not enough but must be validated, if only in fantasy, by association with social and personal meanings which in a different cultural pattern might be more directly available. The short description of the pattern we have is magic: a highly organized and professional system of magical inducements and satisfactions, functionally very similar to magical systems in simpler societies, but rather strangely coexistent with a highly developed scientific technology.

Williams goes on to argue that the magical system of advertising is not, counter-intuitively, designed to create needs for products, but is instead designed to “express and resolve real human tensions” created by capitalism. Advertising is not just the propaganda, but is actually the art of capitalism—the way in which alienated, frustrated humans-turned-consumers attempt to reclaim their humanity by the only means they know how—namely, consumption. “If the meanings and values generally operative in the society give no answers to, no means of negotiating, problems of death, loneliness, frustration, the need for identity and respect, then the magical system must come […] Advertising is then no longer merely a way of selling goods, it is a true part of the culture of a confused society.”

Williams added an addendum to his article in 1969. In it, he proposed some means of resisting the magic system. As a British socialist, these solutions are twofold. First, he suggests that the majority should take real power, presumably by peaceful means, though the exact mechanisms are, of course, rather vague. Second, he suggests a spirited defense of the BBC!

The distance between the hopes and the practical plans of academic Marxists is always good for a laugh; but, on the other hand, one has to start somewhere, and an independent press is as good a place as any. Williams points out that one of the most pernicious effects of advertising is the way that it has held journalism hostage. The massive funds available through ad revenue meant that even in 1969 a newspaper with a million readers was not viable. The media kowtowed to the advertisers rather than to the readers, so that “the competitive needs of the corporations […] increasingly demand not a sector but a world, not a reservation but a whole society, not a break or a column but whole newspapers and broadcasting services in which to operate.”
Of course, four decades have passed, and things have changed enormously since. Most notably, newspapers today don’t need more than a million readers to be viable. They don’t need any readers to be viable. They just need a hearse and a dirge. The ad-fueled MSM has lost its fuel, and is staggering benightedly into an almost completely unmourned shallow grave. Advertisers are scurrying en masse to the Internet, where they are roundly ignored when they aren’t simply absent. Forget the BBC; the majority has, as Williams hoped, pushed around, over, through, and betwixt minority control to set up a billion bloggy points of light. Content of every sort, some of which is even not pornography, is routinely written, produced and published not for millions or even thousands, but for hundreds, tens, and ones.

So capitalism is dead, then? Well, not exactly.  Even as the MSM’s head is in the process of being decapitated, a gazillion teeming offspring are oozing from its bloody stump. Blogs and Twitter and Facebook allow you to do an end run around advertising, but only at the cost of becoming your own perpetual marketer. The Web is in some ways, perhaps, a Marxist utopia of boundless community, but it is also a giant engine of self-promotion—an endless repeated chorus of me-me-me-me-ME!
Williams notes “Advertising was developed to sell goods, in a particular kind of economy,” but, “Publicity has been developed to sell persons, in a particular kind of culture.” The two are related, the second an outgrowth of the first, and while advertising has (arguably) experienced some setbacks recently, publicity has gone from hulking behemoth to master of the universe. Once professionals organized advertising campaigns. Now those same campaigns are conducted by you and me and everybody all the time with our personal web pages and MySpace pages and YouTube videos and self-Googling. The media consumers have taken the means of media production, and they’ve used it to create a virtual world where identity and consumption are more indistinguishable than ever before.

Maybe—who knows?—if we’d taken effective steps to contain advertising 40 years ago, when Williams wrote his essay, we actually could have put the beast back in its cage. Now, though, it’s too late. Contrary to that old propaganda slogan, we still don’t have a chicken in every pot, but at least we’ve got an ad-man in every soul.