President Obama needs to ignore any outrage and impose a gas tax now. 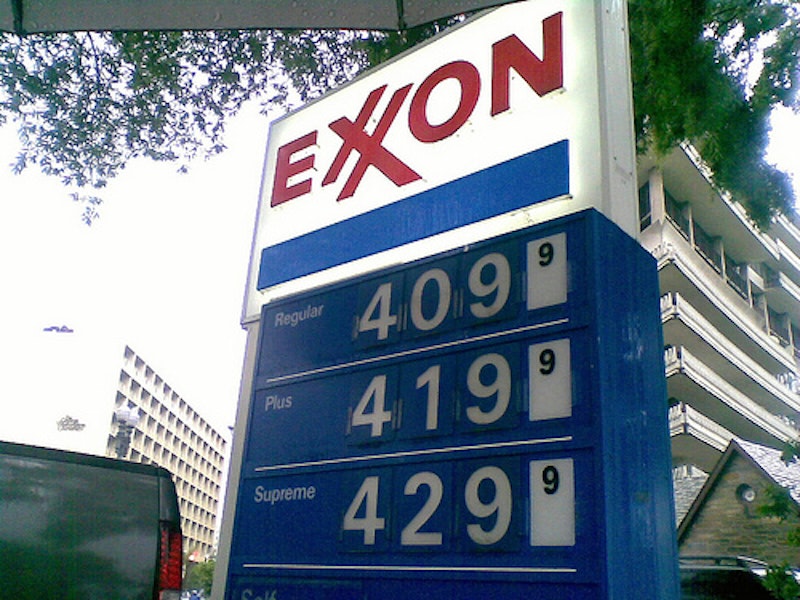 For the first time in months, I saw gasoline crest the $3 per gallon mark last weekend. A bizarre mixture of relief and frustration washed over me, further ratcheting up my internal conflict over how one should feel about gas prices.

Sometimes it feels so cut and dry: low prices = good; high prices = bad, especially when we saw plummeting gas prices throw a large wrench into the disruptive regimes of Iran, Russia, and Venezuela. Plus, I was able to re-allocate some precious dollars toward my rent/booze fund.

But this is, of course, short-sighted. The reality is that the run of low gas prices convinced a heap of foolish Americans to reinvest in our nation’s potential downfall by splurging on a fresh round of fucking SUVs. So in the long term, the low prices actually bolstered those oil-rich nations, ensuring them an even longer grip on American energy and foreign policy. Not to mention, there’s the whole environmental concern, which could really mess things up.

So you’d think that seeing gas prices go up would elicit a chuckle from my walkable-city, super-short-commute pedestal, but that isn’t the case. No, I can’t quite shake the feeling that we missed a serious opportunity here. And, as much as I count myself among the Obamapologist population, there’s no one at fault other than the President himself.

Barack Obama has been telling Americans we’re going to have to make sacrifices since before he took over as president. Yet it feels like the Obama administration is sometimes paralyzed and enthralled with capturing each news cycle, still trapped in an election-year schedule. His policies are at once trailblazing (he closed Guantanamo!) yet often scaled back in the face of a ripple in popularity (he didn’t close Guantanamo!). The economy stuff is a bizarre case where most people don’t really know where the money is going, where it’s coming from, why we’re doing it, and can’t seem to really get fired up about complex financial jargon. People seem to be okay with this abstract idea of government and sacrifice until it winds up in their backyard (again, see Guantanamo).

But Obama needs to ignore the immediate will of the American people. Mr. President: don’t listen to us. Don’t worry about the backlash. Ignore silly tea parties and angry socialism-accusers, remember why we elected you. You are incredibly popular despite a debilitating recession. You control almost all of Congress. Things are going in the right direction. But you messed up. We needed a gas tax, we would never ask you for it, and you were either unable or unwilling to pull the trigger and give us what we need, not what we want.

A gas tax is not a seriously complex banking system bailout that befuddles most people who lack an advanced economics degree. It isn’t some distant cap-and-trade system that vaguely taxes large businesses or maybe it doesn’t because the vouchers are free or maybe you don’t care because it’s not really affecting the price of premium for your Escalade (and if it is, it’s in such a roundabout, extended way that you don’t realize why). It is pure, it is simple, and it’s really easy to see how it affects the average person. That’s why it’s so scary. It’s a policy that immediately affects all of us tangibly.

Raising taxes during a recession is not, of course, the best way to go about stimulating an economy. If we had acted when people like Thomas Friedman said we should, though, we may have softened the blow. When gas prices tumbled well below $2 per gallon—far lower than even the most radical predictions—a gas tax would not have been an increased burden on people’s lives. Let’s say $1.50 were added to each gallon of gas, a very large sum compared to the price—gas prices still would have been lower the last six months than they’d been the previous six. And maybe we wouldn’t have stupidly mortgaged our future for a fresh fleet of guzzlers. The timing would have been perfect as the economy seems to have stabilized just enough that we are certainly better equipped to deal with the gas price increase we’re seeing right now.

We need to make sacrifices. When we are asked whether we want to, we never say yes. Look at California: rather than actually make sacrifices by simply choosing between paying higher taxes or reducing government services, its people—bolstered by a ludicrous direct democracy ballot system—opted for neither. Instead, they decided to vent their frustration by only approving the ballot measure that would freeze government pay during deficit years, which would have virtually no impact on the budget.  Instead of making a difficult choice, the angry people chose to play the blame game and vote in a metaphorical pout.

No one will say that the first several months of Obama’s administration were frivolously dithered away—indeed, he has tackled more than I expected—but we may be kicking ourselves later with regards to the one that got away. It isn’t too late for a gas tax. Tack it onto the cap-and-trade or something. Just do it as fast as possible. Who knows, with GM out of the picture it may even be easier for us to ignore the SUV.