As if you needed convincing. 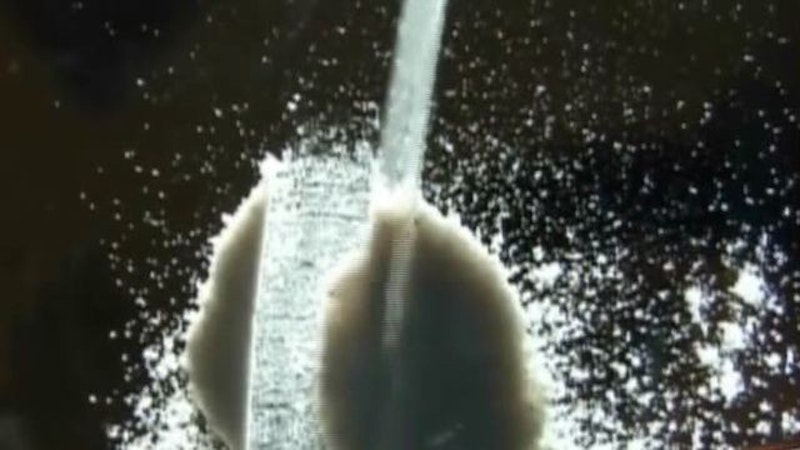 Pot is basically legal. Blazing in 2012 is just as mundane as eating a bag of Doritos. We all know what it’s like to be stoned. But do you know what it’s like to be salty? Mephedrone, the synthetic amphetamine known on the street and on The Today Show as bath salts, is sweeping across all points of the nation with no end in sight. Low on funds and dopamine, millions of people are sick of bugging their friends for Adderall and are finding bath salt pouches “not meant for human consumption” a little more appealing. Meth rots your teeth but bath salts can bliss you out to the point of cannibalism. Mephedrone has certainly gotten its proper dressing down from the media, but let’s go through some reasons why you should invest in a pouch sometime soon:

•    The stuff is legal: There’s nothing like waking up jonesing and walking to the corner store to buy some drugs. None of this playing phone/text tag with someone you barely know to meet up and make the smallest of small talk just so you can overpay for your speed. Please, you don’t need to go to Randall’s shitty apartment anymore. Mephedrone salts might be hard to find but available; so there’s no need to worry about getting stuck in a nasty forced withdrawal. Because remember…

•    You’ll binge for three to seven days: No one can afford 120mg of Adderall every day illicitly. Bath salts are an economic way to tweak and save money in this bone-dry economy. You won’t even have to spend any money on food. Food will not taste good on bath salts. You might not even need food, ever again. Is anyone else really cold right now?

•    It’s the best anti-depressant: you just have to stay salty to keep it going… shouldn’t be that tough… easy…

•    David Foster Wallace would’ve: Because you know he would’ve eaten Bret Easton Ellis’ face if he had the right chemicals in him.

•    Spice is sooo passé: Listen, if you smoke three pouches of Matrix Spice in a row, you’re gonna have a bad time. That shit is not the same as weed. You’re confused and cranky for about five minutes and then for six hours a smoky, crystal hell envelops and grips your mind like a python. People kill themselves on Spice because it is worse than a cluster headache. Mephedrone is a direct synthetic analogue of amphetamine whereas Spice is only barely synthetic THC, minus all the other organic compounds and enzymes found in marijuana. So fuck it. At least you’ll clean your room on bath salts.

•    Deranged cannibalism is the classiest way to commit suicide: Or at least roundabout. But if you’re scared of guns, knives, pills, bridges, or cars, a couple pouches on an empty stomach should do the trick. Take care not to eat anyone’s face who doesn’t also have a death wish, or isn’t already presumed dead by relatives and the law.

•    When the end of days comes, you won’t want to be cognizant: Poison your body with everything you’ve got to make your meat taste sour and tough. Make a stand, bellow it out: I am not a meal.