Not Made in the USA

There are six million fewer factory jobs today than in 1998. 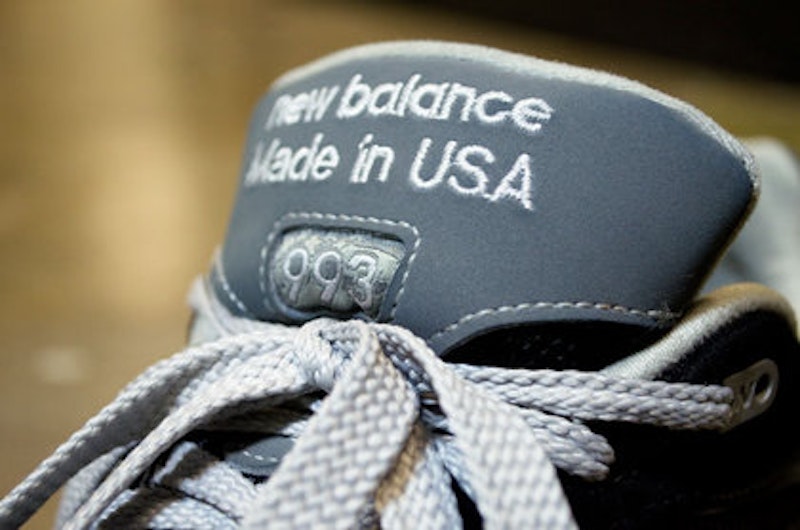 I was checking out my closet today for clothes I may need for a late summer backpacking trip. I have my favorite outdoor brands but have never stopped to think about where they were made. Here is a label rundown of my closet: The North Face: made in Vietnam, Athleta: made in China, Nike: made in Mexico, Patagonia: made in USA, Mountain Hardware: made in USA.​

I was really proud of Patagonia, one of my all time faves when it comes to outdoor and eco-friendly threads. But after a bit a research, they can’t make a claim to be a “Made in America” company, since half of their factories are abroad. Their gripe is that the U.S. apparel manufacturing landscape doesn’t exist, thus work shifts elsewhere. Shrinking textile industry, they claim, is due to our trade agreements. Patagonia fought NAFTA (in ads in The New York Times and other newspapers) to no avail.

I want to buy local, but is “Made in the USA” just an empty slogan advanced by American manufacturers and therefore an unreality?

Our country is going through a rough time of making stuff. We have six million fewer factory jobs today than in 1998—a decline of 33 percent in 15 years. Not everything, however, can be blamed on outsourcing. Part of the loss is attributed to our efficient factories that increase production while cutting employees.

Still, the U.S makes more stuff, by dollar value, than any other country, with the exception of China, who became Top Dog in 2010. According to the 2013 Global Manufacturing Competiveness Index, where over 500 CEO’s around the world predict where they see manufacturing headed, China was expected to be the most competitive nation for the next five years. Surprisingly, Brazil is expected to jump to number three, while the U.S. is predicted to fall to number five.

Innovation still ranks as the primary factor that influences a country’s success in manufacturing. Some economists believe that it doesn’t much matter to U.S. prosperity where manufacturing is located as long as the domestic economy can keep generating new innovations, highly paid designs, great research and development, and other knowledge-based jobs that go along with them. Intel Corp’s former longtime chief executive, Andy Grove, asks the question, “What kind of a society are we going to have if it consists of highly paid people doing high-value-added work—and masses of unemployed?”

The second highest factor, according to the report, is economic trade and tax systems. This is usually beyond a company’s control, thus we look to Washington to make America more competitive and rein in the huge U.S. trade deficit. With globalization comes a need for manufacturing close to the point of purchase. Emerging markets have become new customers and a significant percentage of sales for U.S. companies come from outside the U.S. Manufacturing here would not always result in environmental benefits, anyway, considering the cost of transportation and impact on the carbon footprint.

Labor costs are often cheaper in other countries but so is freedom; we do business with countries like China where people are treated as resources. If American manufacturing is demanded, it will re-emerge. We need to look beyond the short-term profits of conglomerates and consumer demand for cheap goods. The growing lack of US manufacturing is strategically unsound. When you seek out American-made goods, you foster American independence.

I’m glad I inventoried my closet. It was a good reminder to “Look before you buy and try to keep it local.”