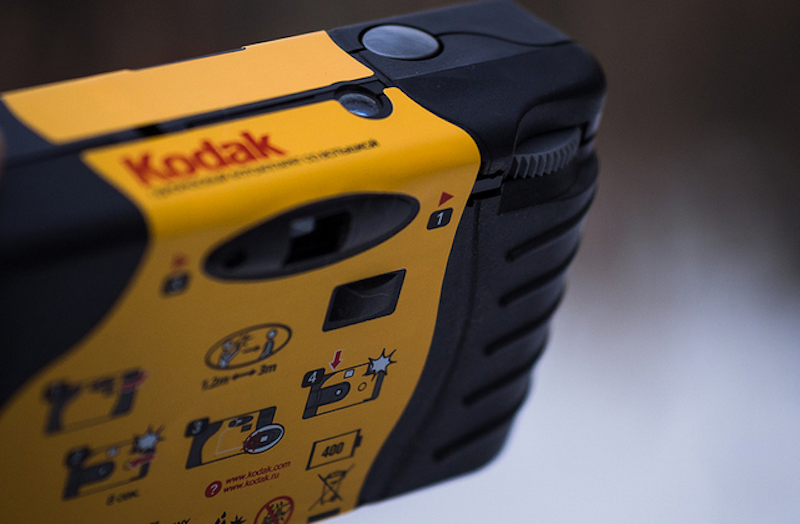 There are a dozen disposable cameras lining my desk and bed, cracked and exposed to light, waiting to be rejected by a dark room. The oldest date back to May 2014, and there are a couple floating around somewhere from 2012. Losing a spent disposable is crushing, you never know what you might’ve had. I remember opening the family point-and-shoot when it was loaded with pictures from an important swimming lesson and wanting to be like Superman and turn the Earth around to get rid of the sinking feeling of having just destroyed an afternoon. Disposables and rolls of stray film end up dying a slow death of neglect these days when the only place in Baltimore that does a good job is Tech Lab at Belvedere Square. The CVS in Harbor East gives you good prints but they ship them out and it takes about three weeks for return. The Rite Aid on MLK also offers to ship out film but the last batch I got from them was so muddy and pixilated, they might as well have been taken with a cell phone from 2005. They’ve already all turned brown.

Disposable cameras are not kitsch or an affectation—the blinding flash and the film on the cameras Kodak and Fuji still make produce these beautiful, painterly images that make any subject more appealing than the 1080p HD capabilities we carry in our pockets now. It may have been taken last week, but those over-priced yellow point-and-shoots you can still buy at the pharmacy will make it look like decades ago, and not in a trendy, retro way. They really have this timeless and eternal quality that make the people or things in them feel more important. The look is destined for a dusty scrapbook to be pulled out once time has passed, and people have come and gone. The look of a disposable film camera is wistful and sad, a moment frozen but forever out of reach. Compared to any digital photo, there is an honor and a dignity in being portrayed on a film photograph.

It must have something to do with the wires in our eyes that go up our nose and into our brain. Digital photos have timelessness but it’s a dead timelessness. A digital photo taken in 2006 looks like it could’ve been taken two seconds ago, but the saturation and the intense flash and the more than likely rusty developing equipment make these images that pay homage to the people in them as if they’ve already passed on. Unfortunately, it’s even less of a cottage industry than the cassette revival, which isn’t borne of anything but desperation by bands and labels to figure out ways to make money off music. You ask anyone, I guarantee you they’ll prefer the aesthetic of the disposable camera than the utility of the ubiquitous iPhone. But a trip to Belvedere Square may have to be twice, not once a year.