God Concludes Decrease in Pointless Prayers Due to Twitter

The almighty's schedule has opened up now that people are sharing more menial desires amongst each other. 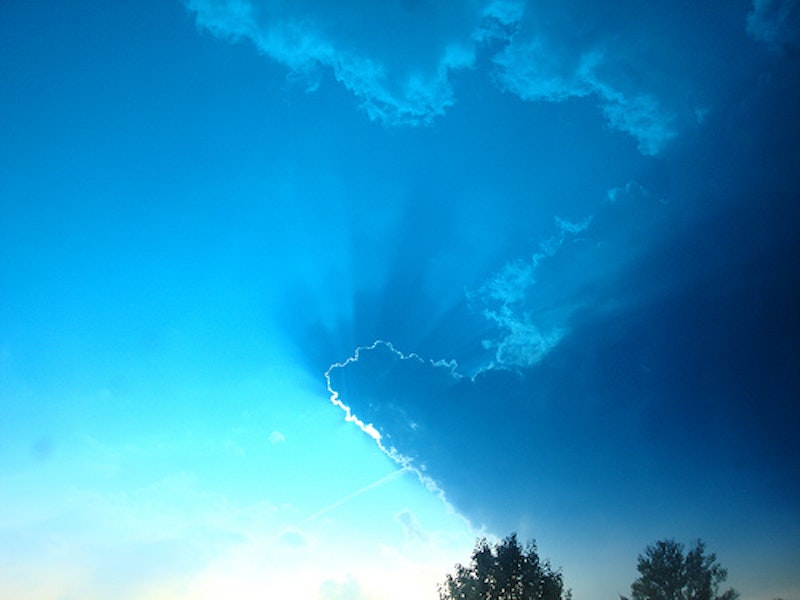 “Marynotcontrary is at Penny’s buying socks for her kids. Question: Christmas themed or not?”

“Jeffrey SIGMA PHI drank too many jag shots last night and is wondering if he’s a terrible person.”

These are just the type of stream-of-thought dilemmas that used to make up a vast majority of non-sequitur, slightly neurotic prayers. Now, instead of being broadcast straight to the omniscient mind of the Almighty, they’re simply typed into Twitter and sent into what Twitter calls “the public timeline.”

“I think I used to pray because I felt unsure,” says housewife Sandy McMartin. “Even silly little choices, like what kind of juice to drink in the morning … you never know, so I would just ask our Lord. Of course, he never really answered, so I just usually chose the one that my heart said was right—or the one with the most fiber.”

Taylor Thompson, a 13-year-old girl, phrases it more casually, “Praying used to be kind of like rubbing a lucky marble, or bringing a problem to a magic eight-ball. I was taught to pray as often as I could, but … to be honest … I can get a reply almost instantly right on my Twitterberry app.”

God first noticed the lack in pointless prayers about six months ago. Suddenly, he says, “I just wasn’t hearing as much about Patty from Nestle Creek’s hedonistic neighbors, or Susan O’Reilly’s challenges at planting a perennial garden. By now, I’m almost completely out of the loop with how people’s diets are going and their reflections on ‘American Idol.’ I even need to read 17-year-old Kaitlynn Peterson’s Twitter just to see what her student council is working on. It’s certainly a new era for me. Throughout all eternity, I’ve never seen anything like this.”

God himself cannot get a Twitterberry application or download one of the various applications the iPhone offers mobile users. “It’s a space-time continuum thing,” He tried to explain, “wireless Internet is a no-go when you’re outside of time. We have to use dial-up.”

While the creator of the universe does experience some anxiety at the threat posed to praying by instantly accessible social networking, he has found some benefit. “Atheists,” he exclaimed, “have some juicy thoughts! I can usually only get access to their consciousness stream when they’re, you know ‘in a foxhole,’ but when they’re just out on the town, they can be quite witty.” Right now, God says he’s trying to decipher Neil Gaiman’s Twitter, but he just can’t follow all the “@’s,” and statements like, “Global cupcakes for all = logistic problems.”

Outside of broadcasting their thoughts at any given time, Twitter has also become a means of free advertising on the Internet, wherein users can direct followers straight to new web content. Where that trend will lead remains ambiguous, but as God points out, “Constant self-promotion became passé after the crusades.”

God, who has been in the habit of keeping a low profile for the last two millennia, has no plans of getting his own Twitter, but notes that if he did, his username would be strictly guarded.  “Just keep in mind,” he warned, “I’m watching you!”