Santa, can you hook a couple of these up? 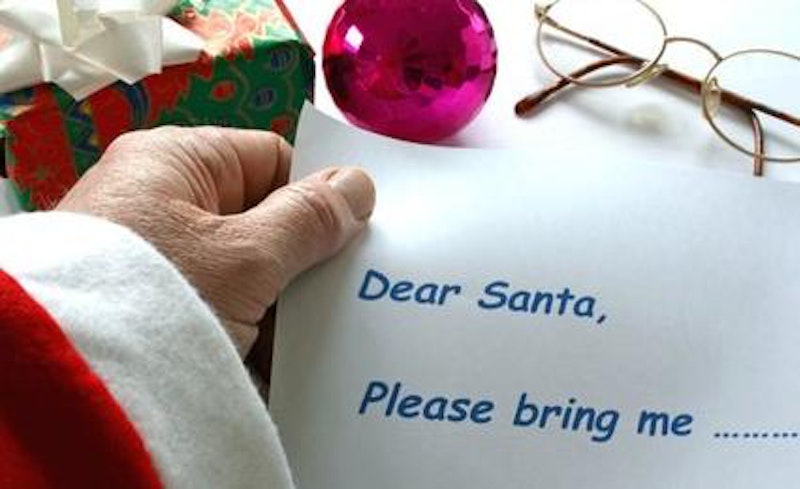 Frost limning the windshield on a weekend morning.

The opposite of writer’s block.

A work week without meetings.

Hours upon hours reading, with my son.

A sudden burst of speed.

Parking near the entrance.

Good tickets to something, anything.

A cologne that successfully projects sophistication and mystery; ponderous cologne.

The sun rising on the horizon.

An out-of-the-blue invitation to contribute artistically to an outlet that is, arguably, above my station and ability.

Unexpected songs capable of rewiring my cerebral circuitry without disarming me.

Just a tie, any tie.

The experience of hallowed Christmas standards minus any attendant, buzz-killing derision.

Justice, or a reasonable enough facsimile.

A handful of dust.

An imperfect but largely acceptable steward to steer the domestic economy into calmer waters.

A phone booth-sized Buddha machine I can climb into and close behind me, that when locked from the inside becomes indiscernible to the outside world, so a pocket dimension kind of deal—like how when I was a kid I would imagine that heaven was just a comfortable isolated space where I could eat and endless supply of Dunkin’ Donuts and drink vanilla milkshakes and just read a mountain of comic books, forever—only, you know, this would be more of an adult-life-is-bullshit decompression chamber sort of thing.

A mere illusion of certainty.