Except when they don't. A potential mayoral candidate here in Baltimore is arguing that the city needs to lower its property tax rate. 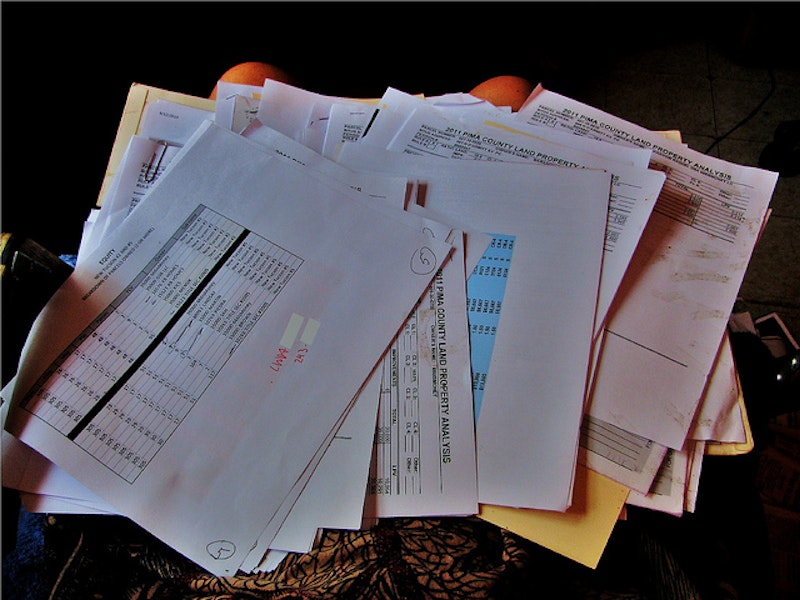 There’s a loopy notion circulating that Baltimore can re-make itself into a Boston or San Francisco-class city if it reduces the property tax. Following that crackpot logic, if there were low or no taxes, investment dollars would resuscitate the city into kind of an urban theme park instead of a working American city. Comparisons suck, to roughly paraphrase Shakespeare, so as not to be guilty of the same silly analogy.

Reducing Baltimore’s property tax, more than double that of any other Maryland subdivision, would be a terrific way to lighten everybody’s financial burden, but it would not magically transform what H. L. Mencken described as “the ruins of a once great medieval city” into the gleaming metropolises that are Boston and San Francisco. Nor would it re-populate the city with the 400,000 or more people that it’s lost over the past 50 years when Baltimore was the nation’s sixth largest city with a population of nearly a million.

Baltimore has its own quirky character, certainly worth preserving even with a property tax of $2.268 rather than trying to replicate the rarified cosmopolitan exuberance of the two other coastal gems. Boston has Newberry St,, but does it have a Hampden? And San Francisco has Union Square, but where is there a Highlandtown in the city by the Bay? Boston has the “T” and San Francisco has cable cars, but do they have a circulator? Boston has Scully Square and San Francisco has Ghirardelli Square. But do they have a Court Square? Property taxes in Baltimore would probably be even higher if techno-author Tom Clancy hadn’t bought six condos in the luxe Ritz-Carlton at a cost of $16.6 million, according to published reports. The taxes he pays are probably enough to offset the revenue losses on an entire Zip Code of abandoned row houses.

The notion of a Boston or San Francisco by the Patapsco drainage basin is the pipedream of two academics—Stephen Walters, of Loyola University, and Steve H. Hanke, of Johns Hopkins University. They write, sometimes singly, other times jointly, under the letterhead of the CATO Institute, a libertarian think tank that opposes taxes of any kind but prefers the unfettered forces of the marketplace. Now that’s a bright idea. Look where it’s gotten us. The nation needs more regulation, not less. Slide rules, computer programs and academic theories do not make a city what it is.

First, Boston is a very youthful city, with about the same population as Baltimore. There are 63 colleges and universities in the Boston area that attract hundreds of thousands of students every year. About 25 percent of Boston’s population is made up of students, many who remain in the area after completing their studies. If, say, 50 students from each of those 63 academic institutions stays after graduation, that’s a net population gain of about 3000 a year. Maryland has never promoted itself as an academic center despite the cohort of excellent colleges and universities along the I-95 corridor. And Baltimore, never the land of great opportunity, has had difficulty retaining students after graduation. In many cases, people don’t come to Baltimore. They leave Baltimore.

Another great disparity is the racial composition of the two cities. Boston proper is a nearly totally white city. The entire black population of Massachusetts is only four percent compared with Maryland’s 33 percent and Baltimore’s 69 percent. Blacks that live in the area are scrunched outside the city limits in suburban warrens such as Dorchester. Rarely is a black ever seen within the city of Boston or any of its celebrated destinations. The population flight is the reverse of Baltimore’s: People flock to the city of Boston whereas in the Baltimore region people rush outward to the suburbs and, in many cases, over the state line into Pennsylvania. The flight began and continues not because of taxes but for social and schooling reasons.

San Francisco is another matter on the opposite margin of the country. People re-pot there for a variety of reasons: The beauty of the city and the surrounding area; the thriving gay culture; the hospitable climate; the West Coast business and cultural life in general. San Francisco is a wealthy city where great family fortunes were made a century and a half ago and survive even today. They built the St. Francis, Fairmont and Mark Hopkins hotels. San Francisco’s ethnic make-up is largely Italian and Asian. The white population is 58 percent, the Asian population is 31.4 percent and the black population is 6.7 percent. San Francisco has a flourishing tourism and convention business that can easily accommodate the largest gatherings in the nation—national political conventions and the American Medical Association, to name two. San Francisco has 30,000 hotel rooms; Baltimore has 6000. Many years before Tinker-Toy Harborplace was erected, there were proposals to replicate San Francisco’s Fisherman’s Warf along Baltimore’s waterfront. They were rejected. The closest the city got was Connelly’s seafood shack, which as demolished to make way for Harborplace. Instead, Baltimore has two aging yogurt stands. But Harbor East holds out promise.

The cost of living in Boston and San Francisco are two of the highest in the nation. Housing costs are exorbitant compared with Baltimore as are other expenses. And the old Baltimore business establishment of banks, insurance companies and brokerage houses has been subsumed into national and multi-national corporations or have disappeared altogether. Maryland may be the nation’s wealthiest state with the second highest number of millionaires, but they’re not in Baltimore.

The sum total is this: There are many attractive reasons to travel to and stay in Boston and San Francisco (just ask Nancy Pelosi.) Both are walker’s cities, compact and inter-connected, that are very approachable to visitors while Baltimore is a sprawling town that is built on a grid that is, for the most part, inaccessible without transportation. There are very few reasons to lure people to Baltimore for more than a day or two for a ballgame or steamed crabs (blue crabs are much more flavorful than Dungeness.) Baltimore, by reason of geography, is a pass-through city between New York and the District of Columbia, except if you live here, then you’re home.

But despite the academic nattering, there are hints that property tax relief, no matter how modest, may be shaping the contours of this year’s municipal elections. Jody Landers, former City Councilman and executive director of the Greater Baltimore Board of Realtors and a prospective candidate for mayor, is raising the issue and applying pressure on Mayor Stephanie Rawlings-Blake. Landers headed a study commission that recommended gradual phased-in reductions in the property tax. And there are hints from City Hall that Rawlings-Blake might figure a way to fertilize her campaign with a tax cut. But Boston or San Francisco? No way. Let Baltimore be Baltimore.