The Artist As Troll 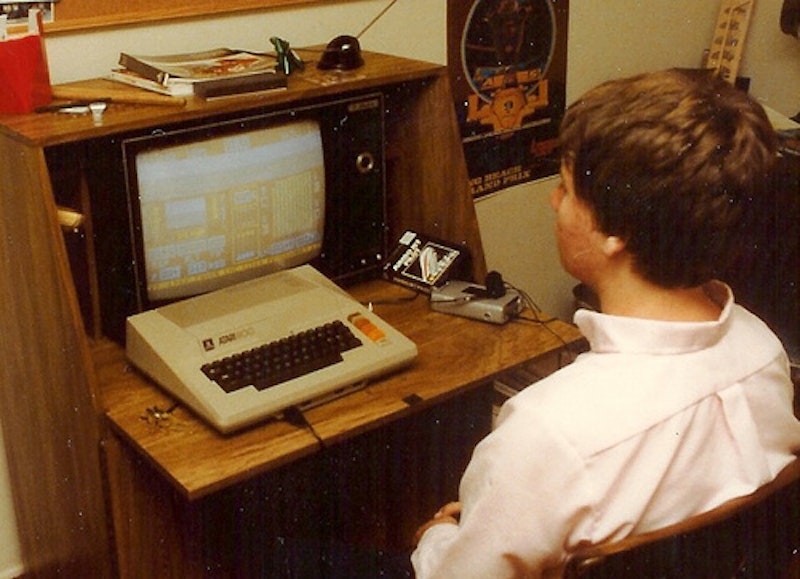 For as writing gains in breadth what it loses in depth, the conventional distinctions between author and public […] begins […] to disappear. For the reader is at all times ready to become a writer, that is, a describer, but also a prescriber. As an expert—even if not on a subject, but only on the post he occupies—he gains access to authorship […]. It is in the theater of the unbridled debasement of the word […] that its salvation is being prepared.

Reading that quote above, you might think it was yet another over-carbonated paean to the wonders of the Internet; some pseudo-academic talking head ranting on about how blogs are going to bring about the egalitarian millennium. Everyone’s an expert, everyone’s an author, everyone’s got the keys to the kingdom and, hey look, they’re all running through the pearly gates with words dribbling from their gums and bytes blasting from their backsides.

And yes, that’s precisely what the quote is about. It’s just that the vision of a thousand points of blather is a little hoarier than you might expect. Specifically, none other than Walter Benjamin wrote the above back in 1934. The essay was called “The Author as Producer,” and here’s what it looked like originally:

For as writing gains in breadth what it loses in depth, the conventional distinctions between author and public, which is upheld by the bourgeois press, begins in the Soviet press to disappear. For the reader is at all times ready to become a writer, that is, a describer, but also a prescriber. As an expert—even if not on a subject, but only on the post he occupies—he gains access to authorship […] It is in the theater of the unbridled debasement of the word—the newspaper—that its salvation is being prepared.

Yes, 80 years ago Benjamin was touting the newspaper, or at least the Stalinist newspaper, as a truly democratic voice. Newspapers were the bright new genre that would allow the people to take an active role in their culture and cease to be the stoned recipient drones of capitalist trash. The press (or “at any rate” as Benjamin says “the Soviet Russian press”) is changing everything; it “revises the distinction between author and reader.” The means of production are now in the hands of all, and the revolution is sure to follow.

One wonders what the Frankfurt School would have thought of the new day that has now dawned.  If Benjamin’s beloved Brecht encouraged audiences to think critically about the artist’s work, surely blogs, Twitter, and comment threads encourage the audience to come up on stage, beat the actors bloody and shit on their remains while screaming racial epithets sprinkled with smiley icons. If Benjamin truly believed, as he claimed, that the best art, the most valuable art, the art with the highest “technical quality” was that art which succeeded in “promoting the socialization of the intellectual means of production”—well, you’d think he must be right now leaping from his grave in joy and wonder, scurrying over to the nearest Internet café, and greedily scrolling through the latest 4chan flame war, all the while muttering to himself, “Lolz!  Lolz!  The revolution will be Rickrolled!”

The idea that the people will save culture has an almost irresistible fascination for leftists. On the one hand, you have Frankfurt School dyspeptics who think corporate crap has blinded us all. On the other, you’ve got cultural studies Pollyannas claiming that fans of American Idol creatively repurpose the show as a site of resistance to hegemony. But whether sad or cheery the dream is the same: some day the masses will rise up and write better novels their own damn selves.

Now the people are here, though, and, well, it’s a mixed bag. Certainly, lots and lots of folks who could never have gotten their voices out before are able to do so. The result could not exactly be characterized as an increase in art’s “technical quality,” though, nor as a socialist utopia. Capitalist desires have not been shucked; instead, they’ve metastasized. Given the means of production, as it turns out, people mostly want to scream fire in a crowded messageboard, talk about their furry fetishes or check the weather.

The point isn’t that the people are innately frivolous or deluded—in fact, there’s an avalanche of political discussion online, and the Iranian uprising showed quite clearly that access to communications technology can have potentially liberating effects. But hedge as you will, the democratization of the literati cannot be said to have created a world in which socialism is ascendant, or in which there is an overwhelming majority of speech exhibiting what Benjamin refers to as the “correct political tendency.” It’s almost as if the rallying cry “every man a genius!” is as much a call to debased polymorphous revels as to fraternal salvation.  Benjamin himself, from that perspective, starts to look decidedly libidinal, sensuously spitting his half-baked theories through his mustache and out into the ether, a troll in love with trolling long before his time.