The corruption that enveloped the past decade leaves no vacuum for contrition. 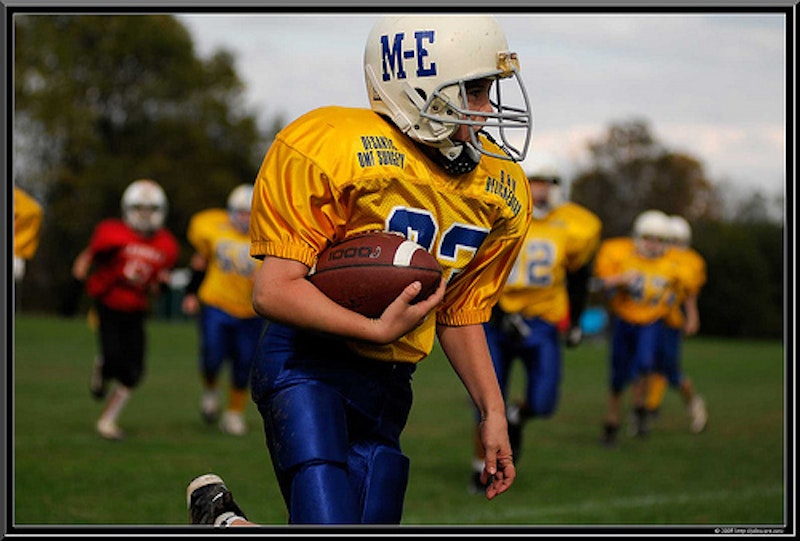 Living in a country struggling to find a national identity, it appears that integrity is on an upswing. Americans quickly agree, with indignation, that locking concussed college football players in electrical closets presents grounds for termination and non-governmental organizations probably should not be allowed to conduct serial and fraudulent voter registration. Americans revel in the idea that we threaten the presence of free will in the most popular game in America in the name of competitive integrity, because we cannot distinguish between the true victims from the fake ones nor the remorseful from the obstinate.

At a recent holiday party I overheard a conversation between a couple cousins of mine, and one of them bragged about her cheating prowess in high school and subsequent meteoric improvement at it through college. She highlighted the unoriginal faked illnesses and intentionally unattached assignments. She believed that apparent sincerity won over her teachers and professors.

She failed to note the calculus that was necessary to force her into a position to not jeopardize, but celebrate her lack of interest in academic integrity. Clearly my cousin held some sort of value in the credit she would earn for the assignment, but not enough to invest the time to complete it and therein sacrifice the party or movie or nap wanted to do instead. She judged the intellectual capital of the assignment as worthless and thus cheated.

Hank Moody of Showtime's Californication explained moral relativism to his daughter, saying: "There is no right or wrong. Just the consequences of your actions." Moody speaks candidly about the brazen lack of integrity that spread in the 21st century's first decade. Moody's philosophy does not exonerate him; it does however aptly mirror his intrinsic moral confusion. He does not believe in pride. His philandering ultimately torments him and prevents his personal fulfillment through artistic expression and the love of his soulmate, Karen. His embracing guilt opens him to harsh criticism, but leaves room for redemption.

The corruption that enveloped the past decade leaves no vacuum for contrition. The tortured humility from the likes of Enron's Ken Lay or defunct brokers misses the confounded nature of Moody's indiscretions. The calculated deception and creative accounting practices of the banking industry exaggerated by the poor play of the ignorance card, should offer not solace in lament. There's no hope for forgiveness.

Yet I was befuddled by the same corroded integrity in my own family. We'd be hard pressed to believe we didn't sometimes take the easy way out in various scenarios. The disturbing commonality that I saw was the pride—a self-realization of accomplishment that my cousin not only embraced but sought approbation from those around her. As a culture we've recognized that presence and are about to venture into an all-out dismissal of audacity in all of its forms.

Former Texas Tech Head football coach, Mike Leach got canned a few days ago for alleged mistreatment of players, in particular a wide receiver whom Leach believed milked his father's quasi-celebrity status as an ESPN commentator and reprimanded him by, allegedly, locking him in a shed. Whether or not Leach's views on the player's behavior were justified or not, his utter lack of professionalism and lapse in judgment gave the University cause for his termination and if the accusation stands, then rightly so.

The evidence of overindulgence in our cultural perception of principle does not begin with revamping banking regulations or questioning the extent of excessive treatment in a fee-for-service based healthcare system, but with professional football. NFL Commissioner Roger Goodell is embroiled in a controversy over the fact that a small number of teams secure playoff berths early and can rest their best players in the final few weeks of the season, which, of course, speaks to competitive integrity. Generally, the teams that choose to rest their players do so for fear of injury, a concern that increases as the season progresses and players get banged up through the course of the violence we all know and love.

The paradox is that the NFL has never been in a greater state of parity. All four of the playoff teams with first round byes from last season did not make the tournament this season and in a league with the most successful revenue sharing system, there is not much more than can be done to even the playing field. The advantage to performing well early is having the flexibility to play (and sit) the athletes that put your team in the best position to win the Super Bowl. The true threat to competitive integrity that should concern Commissioner Goodell is the potential of a new collective bargaining agreement that would effectively end the salary cap and could turn the Indianapolis Colts into the Kansas City Royals.

In the upcoming films The Road and The Book of Eli, an apocolyopse of some sort leaves the world with the barren and virtueless pitted against the few who fight for their lives to protect the integrity of goodness. But at least for now, that fight does not rage on and, like it or not, the Jets will play in the first round of the playoffs next Sunday. We need look no further than the balance of our 401k's to see the damage of exuberant deception.