Portrait of A Sex Fiend As A Young Man 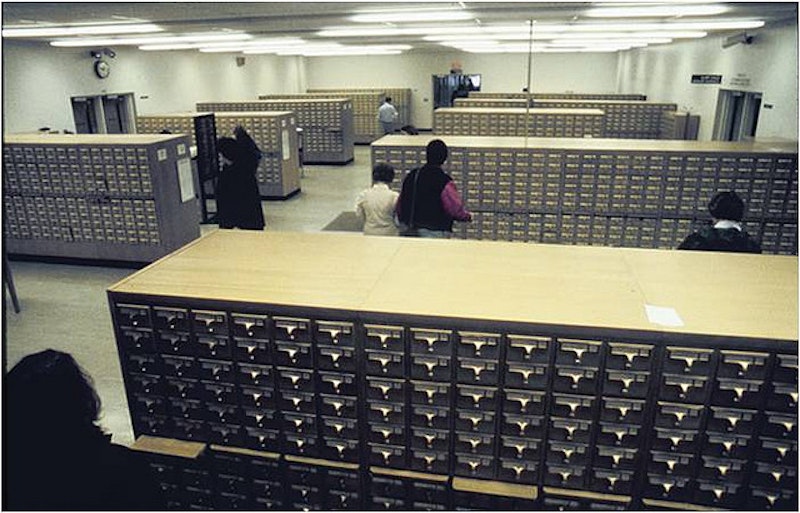 Wake up. Check Manhunt, Adam4Adam, DList. Leave computer on. Decide to waste time by taking a shower. So I shower, dry off, get dressed. Come back to see if new messages have materialized. They have. A flashing red light tells me I have two new messages, plus one from a dude who unlocked his Private Pics for me. I don’t look, save the messages for later. Running late. Am sure to x-out all the tabs before I close the computer. Can’t go to class using a computer with a bunch of penises on the screen.

On the way to class think: Am I a sex addict? Wonder if any of my professors do the same thing. Remember the time I saw this really famous professor’s Manhunt profile. Nine inches. Wow.

Lunchtime. I’m in the dining hall on my campus. It’s packed, which is why I coyly cock my computer to the left, away from everybody, so that my screen is invisible, nobody can see me the second I sign back into Manhunt. But even if they can see me, I don’t mind, feel like a hot piece of ass is just around the corner. Am sure all the other gays in the room know what I’m doing, am sure they’ve all cocked their computers at some point.

No new messages, only the same two from before. Open them up. One message comes from eXtAcYnSANfRaNciScO1967. I’m really confused by the typography, a minus, and judging by the date (1967) the dude is too old, a double minus. So I ex him out.

Next is a message from white4latinoass that, admittedly, isn’t that creative a screen name and I’m not that into racial stereotyping so I’m already put off. Read his profile. Dude’s into crystal meth and that kind of freaks me out so I don’t say anything back. Bro gets exed out.

Open a new tab, move on to read Gawker. I stare at the articles forever but never really zero in on anything in particular. Start to dread my reading for the day. Class starts in an hour and a half, and I’m supposed to give a presentation on Judith Butler, but I haven’t even cracked open her book. Don’t know the title. Don’t know what it’s about. Don’t know what I’m supposed to read.   Don’t give a shit about gender. Everything’s constructed. Everybody’s doing drag. Gender is a performance. Blah blah blah.

2:38 p.m. Class is at four p.m. There’s time. I re-sign in to Manhunt. There’s time. The computer remembers my username and password, all I do is press enter. Notice that 10 dudes have looked at my profile in the last 15 minutes, not all of them hot, so I edit out the ugly ones, only looking at the hot ones. Some of them look back, no message, so I look back, too. No message. Then they look back and I re-look back. Then they look back and I re-re look back. No message.

MAXIGAY: Hey bro, how are you? [Send]

MAXIGAY: Yeah, we’re in that class together. The one with Professor Sterling. You’re so hot but I never knew how to bring it up. And now you’re here! [Send]

[REDACTED]: Oh yeah, right! Yah man I hate that class. Fuckin’ Science. I knew you were n2 me, I see you looking. Sooooooooooo what r u into?

[Think it’s really stupid and annoying when people ask this. What do you think I’m into, turtles? It says right in my profile what I’m into, so don’t ask.]

MAXIGAY: The usual stuff. I really like giving head though. What about you? (Send).

[REDACTED]: Yeah? Schweet. [This is how he spells it, a minus] I LOVE getting my cock blown, really get into peeing on a guy.

MAXIGAY: Wow [the wow is in relation to the pee, which I am DEF not into]. [Send]

Look back at his profile, see that he has 10 pics but only one of them is unlocked so I kindly ask to see the other nine. It’s protocol.

[See the pics. Him with his cock out on a table, showing how long it is next to a remote control. Him with a rowing stick in his hand, like he’s coming to spank you. Him lathered up in the shower. Him in with the entire crew team in a boat, all their faces are blacked out. Him next to a trophy he won at some competition, wearing a backwards cap with all his other bros, their faces blacked out. Him in a desert (Iraq?). Him eating a giant slice of pizza. Him on a laptop in a popular campus coffee shop (Espresso Royale) doing calculus. Him at a Kings of Leon concert next to some chick, probably his girlfriend (who doesn't’ know he fucks boys).]

MAXIGAY: Great pics. What are you looking for? [Send]

[REDACTED]: u wanna comeover? havent blown a load in 4 days.

[Think very seriously about this. Class is happening in just a few minutes, but if this dude lives on campus I can pop over real quick, in, out, and still save 45 minutes to semi-prepare for my presentation. What Would A Sex Addict Do?]

MAXIGAY: Where do you live? [Send]

[REDACTED]: I live next to the UgLi.

[My Judith Butler class is in the UgLi! Jackpot! Start to get excited about messing around with the closeted rower.]

[He responds instantly. How does he do it?]

[REDACTED]: Yeah, come now. Roomie’s gone, can’t have him coming back when I’m getting blown by another guy. Haha [probably a nervous “haha”]. Just try not to look really gay when you come over. Don’t want anyone to get suspicious.

[Try not to look really gay? Guess that means I won’t wear my Liberace costume with sparkling Elton John sunglasses and my Lady Gaga headpiece. Decide it’ll be worth it. Maybe I’ll skip class. Who needs to read Judith Butler? I’m about to act gender out right now, for the next 25 minutes.]