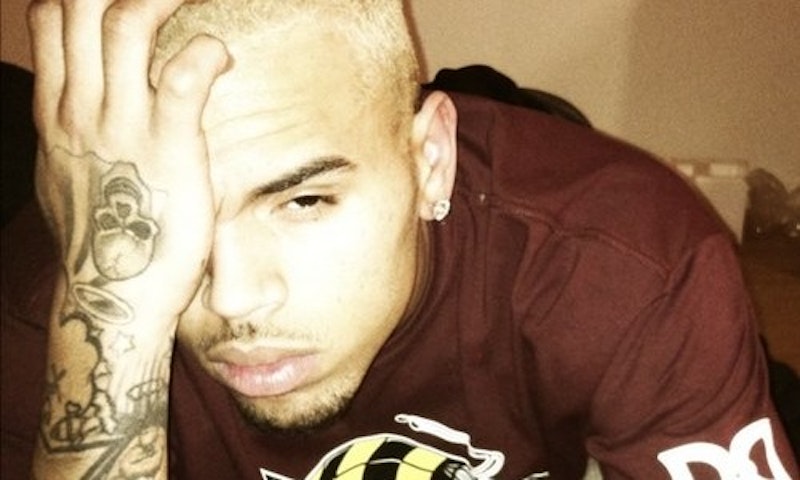 A scandalously nude photo of Chris Brown made a splash on the Internet over the weekend. In the pic, a blonde-haired Brown shows off his awesome tattoos, as well as a very interesting looking penis. Brown reportedly took the pic with his iPhone in the bathroom, Guys With iPhones style, which he obviously sexted to some chick, and which said chick obviously leaked/sold.

When are we going to see Daniel Radcliffe’s joint?