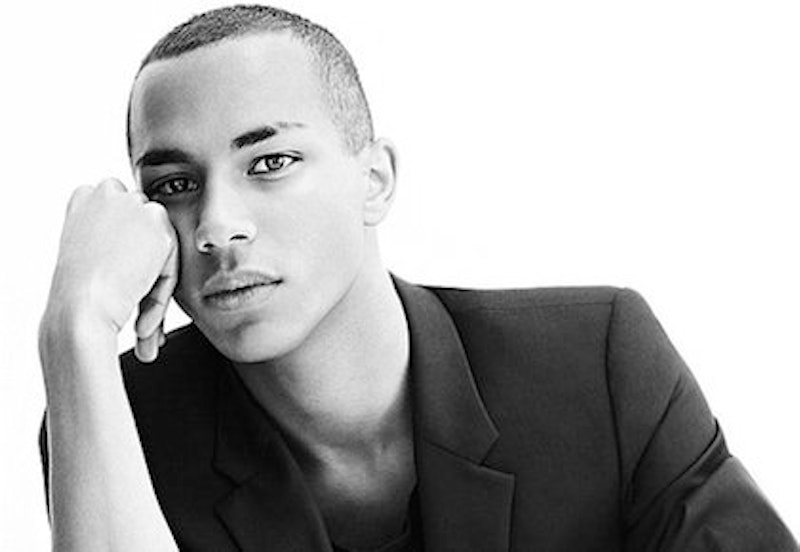 I know not many people follow fashion, except for when Kate Moss flashes her tits to the world or makes the evening news for her cocaine binges. Maybe people like it when Naomi bitch slaps somebody with her BlackBerry. But if there is one fashion person everybody needs to know about right now, it’s Olivier Rousteing. He is amazingly talented and hot, which is the important part, clearly. At only 27, Olivier is the designer for Balmain, the edgy French fashion house known as much for high glamour as it is for some pretty astronomical prices. I was once at Barneys in New York had the chance to touch a $35,000 gold plated Balmain dress with my own earthy hands. All I could say is, “Wow.” More than a lot of other luxury labels out there right now, Balmain isn’t just about clothes—it’s a world, a fictional universe. And when you see a girl wearing Balmain, trust me, you’ll want to follow her wherever she is going.

Fashion loves a change in leadership. Every time a brand wants to rejuvenate itself, the best way it knows to do that is by throwing a fresh new designer into the mix. Tom Ford at Gucci. Hedi Slimane at Christian Dior and now at Saint Laurent. Christophe Decarnin designed Balmain between 2002 and 2011, creating one of the most financially successful labels on the market. But he suddenly decided to leave the house, paving the way for Olivier to take over the reins. And who better to do it?

A lot of people have talked about how his arrival at the top of Balmain is an exciting moment for fashion because at the moment he’s one of the only people of color at the head of a leading luxury fashion house, or any fashion house for that matter. Which is great! But in that very French way, Olivier almost never talks about his racial background.

Let’s just get one thing straight. Olivier is so hot.  His skin is flawless and his cheekbones were actually sculpted by The Gods themselves so basically he is perfect. I know this because I’ve been stalking his Instagram account, where he uploads fabulous photos of him relaxing on beaches and hanging out with celebrities and fabulous people, no big deal! Look at the photos and tell me you don’t shake with uncontrollable glee!

Anyway, I couldn’t think of a better way to create a brand image for the new Balmain. I want to go wherever he is going and I want to be just like him.

This a whole lot of fashion-speak. But what I really want to say is that I find him totally inspiring. To be so young, sure, but also so fresh. New. Under Decarnin, Balmain was known for a kind of trash-meets-glamour aesthetic that of course wasn’t as trashy as it looked. That skirt with the safety pins all over it, which you can see at the punk exhibit at the Met? Yeah, that bitch is $5000! So naturally I was worried that Olivier would swing the label into a different, more conservative, less flashy direction. But he’s taken that high glamour aesthetic and upped the ante 10-fold. Dresses inspired by Orthodox Churches, Faberge eggs, chair caning, lots of play with graphic prints.

When you look at these things, you can’t tell me fashion isn’t art.