Linor Abargil is currently touting the idea that only victims can fight against sexual abuse. 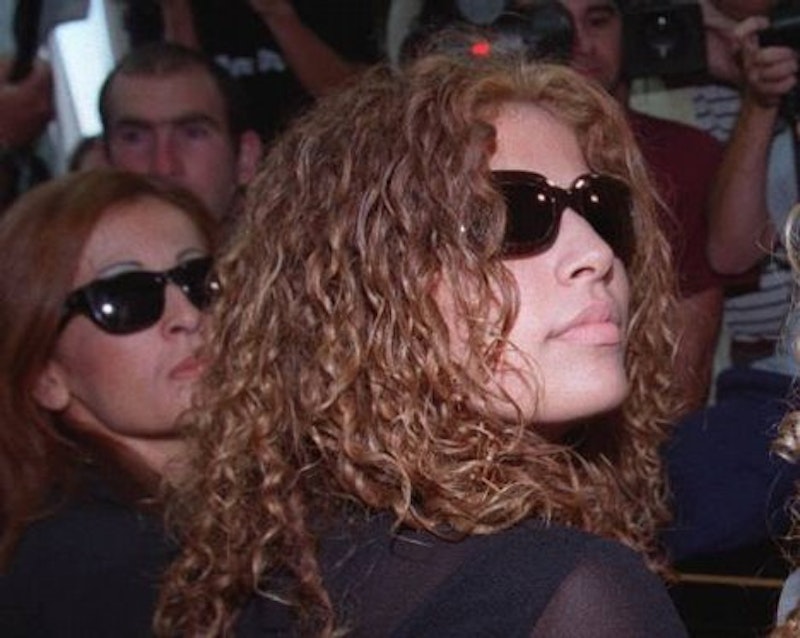 Six weeks before she was crowned Miss World 1998, Linor Abargil, Miss Israel, was raped and almost killed in Milan. After she won Miss World, Abargil went public about what had happened to her, and the man who raped her was convicted and jailed.

A decade later, Abargil is traveling the world, with a documentary crew in tow, to meet fellow rape survivors and to encourage them to speak out about their experiences. Only when survivors speak out publicly, she believes, will we finally be able to remove the stigma around rape, which is largely a result of our tendency to blame the victim for the crime. Abargil was brave enough to report her rape to the police, and was lucky enough to see her rapist brought to justice. For a host of reasons, the vast majority of sexual assault and rape survivors are neither as brave nor as lucky. Later this month, Abargil and her crew will be in New York to preview some of their footage at Independent Film Week.

Several months ago, I had the opportunity to meet and talk to Abargil, along with some friends, just before she spoke at my alma mater's annual Take Back the Night event. We sat in a conference room in a hotel across the road from the campus, the cameras on us, and began to talk amongst ourselves, as we had so many times before, about sexual assault on college campuses. After a few minutes of discussion, Linor looked around the circle and asked us upfront, "Who here has been raped?"

The room fell silent. No one raised her hand. We looked at each other, uncomfortable, partly because her question was not one we were used to being asked, and not one we were prepared to answer on camera. But we were also uncomfortable because we knew that with six or seven college-aged women in the room, there was a very good chance that one or more of us had indeed been sexually assaulted or raped.

The silence wore on and Linor grew frustrated by our reticence, which she perceived as failing to speak out about the experiences she assumed we had had. I couldn't speak with any certainty about the experiences of the other women in the room. Statistically, the odds were that at least one of us was lying when we all insisted that we had never been raped-an understandable reaction when asked the question by a near stranger and in front of a camera crew. All I could do was tell the truth: I had never been sexually assaulted or raped, a fact I am grateful for every day of my life.

Linor grew still more frustrated. "How can you be sexual assault activists," she asked us, "if you've never been sexually assaulted yourselves?"

But that wasn't right, I thought to myself. God forbid a person should have to be raped before they begin to care about, and do something about, an issue as widespread and as corrosive as sexual violence.

When I talk to my male friends about rape and sexual assault, they often tell me that they had never given the issue much thought until they discovered that one of their friends, girlfriends or family members had experienced sexual violence themselves. Similarly, many of the women I talk to about sexual assault and date rape were convinced that "Those kinds of things didn't happen to girls like them." Until it happened to one of their friends, a girl who was, in fact, just like them. In response to the experiences of their loved ones, some of those people became dedicated and passionate violence educators and activists. And while I admire the work they do, I have to wonder: if their lives had never been touched by rape, would they ever have cared enough to take action against it?

Perhaps not, and that is understandable. After all, there are thousands of causes, thousands of injustices in our world that we know we should be working to correct. We only have so much time, money and energy to give. We must prioritize. Often, when our lives have been touched by a particular injustice, our priorities change. Such was the case with Linor, and such is the case with most other sexual assault activists.

The sad truth is that regardless of our gender, age or sexual orientation, sexual assault and rape touch our lives every day. Whenever a woman hurries down a darkened street at night, clutching at her cell phone "just in case," her life is touched. Whenever a man hears his teammate brag about the very drunk woman he "had sex with" last night, his life is touched. When the media makes entertainment out of footage of a naked Erin Andrews, filmed without her knowledge or consent, our lives are touched. Rape and sexual assault are a part of the landscape in which we live, and for this reason, we are all qualified-to varying degrees, of course-to speak out against them.

The question we should be asking ourselves is not if a person can be a sexual assault activist if they've never actually been raped. Rather, when we live in a culture where rape and sexual assault touch the lives of so many people in so many different ways, the question is: How any one of us can fail to do anything less than commit ourselves to working for an end to sexual violence?