Holiday cheer as you hope to never see it

The holiday season is, generally, stressful to a degree. These Santas won't help. 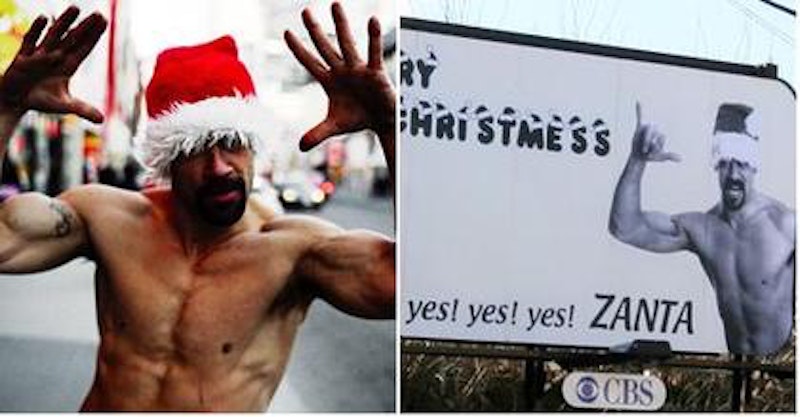 When traveling through Toronto, you should always be wary of a massive human male who roams the streets topless screaming "yes, yes, yes," while doing push ups. If not, you will undoubtedly soil yourself when everything you thought you understood about Santa Claus (fat, reserved, wears a shirt) gets turned on its head. Zanta is a boisterous, Canadian street-performer who makes a living blowing people's minds by doing partially-nude exercise routines in heavily-trafficked areas. Again, this busker breaks with traditional St. Nick convention by not giving items to people, but instead asking for things in return for rendering his services (which consist of working out on the sidewalk for the entertainment of others). Frequently, coins are distributed to this strongman, but whether they are given out of sympathy or fear is uncertain. We can be sure that if Santa Claus really existed, by now he would have murdered Zanta.