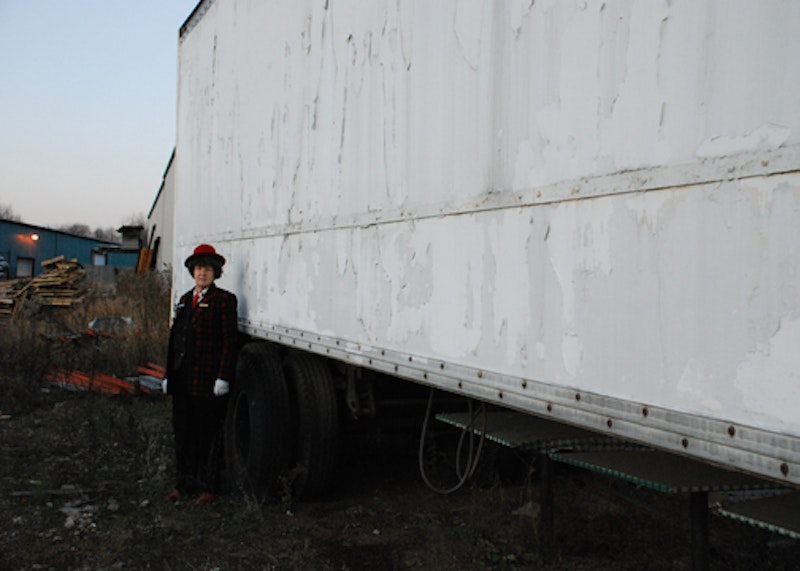 Upstate New York might not have the rich public access TV culture that California’s Hollywood hopefuls have spawned, but I’ve loved it since my solitary teenage years. Friday nights spent with Britcoms and the local televised weirdos always had more appeal and purpose than the ugly, pubescent debauchery that forest towns tend to propagate from the seeds of abject boredom and restlessness. A sketchbook and a TV were everything I ever needed.

My own town’s population is now only marginally creative, but it wasn’t long ago that we flourished. Citizens who were absolutely convinced that they had something important to say have been completely supplanted by off-key school recitals and local politicians vying for votes by standing up on stage during open mic nights at the library and belting out wheezy lyrics over electric guitar licks that their fingers just can’t seem to handle. Back then, there was conflict: a man who went on TV to show graphic photographs of his disfigured face, presumably pounded by the area police for absolutely no reason, as he ranted for hours at a time. Back then, there was creativity: Silvio DiSalvatore’s Black Panther, a meandering childrens’ show with complex costumes, nonsensical skits, and the boisterous DiSalvatore himself, having recently stumbled out of a portal which originated from 1980s Brooklyn. Back then, we had Glendora.

I was delighted to rediscover Glendora recently, despite her removal from the local TV lineup. As I knew her, Glendora was a prolific producer of stream-of-consciousness television, but her history in the media reaches back by decades, having been the host of a few childrens’ shows and maintaining enough of a presence to appear on Letterman in the 80s. Glendora has re-entered the world by way of YouTube. With over 1100 videos.

I’m an amateur YouTube scholar, but if anyone has embraced YouTube for its core values, it’s Glendora. Despite her perpetual battle with TV stations for dropping her occasionally contentious program, she’s found an ideal conduit between her and an international audience that runs far deeper and wider than television—but she still mails out DVDs of her program to countless networks across the United States.

Occasionally, Glendora reads from religious passages, or strangely, plays audio of herself reading from religious passages as she walks around her house, discussing other matters. The very best of early-90s video editing equipment is employed to display messages across the screen: motivational, positive messages; biblical passages; random names and facts; statistics about A Chat With Glendora; the show’s archival number. The date and time never leave the corner of the screen, the entire universe viewed through the fuzzy eye of the camcorder. We’re taken on trips to Shop Rite (though the camera is mostly focused on the constraining bars of the shopping cart’s basket), or visits to the diner where permission is neither asked for nor granted regarding anyone who happens to wander into the camera’s all-seeing gaze. Something tells me that the stealthy size and clarity of a Flipcam just wouldn’t fit Glendora’s raw world.

This goes on for over 1100 episodes, many of them over two hours long, with more uploaded each week, preserving them ad infinitum. Glendora’s purposeful shows from the early era of her work have faded into a strange, weirdly beautiful mélange of Dadaist, whatever-happens-happens television. It’s a chronicle of a life. It’s important and not important at all.

The spindly trees of another Kinderhook winter drift past the windshield of her car, as the omnipresent camera is perched on the dashboard, looking at nothing in particular but hearing all.