A Dad's Tears of Joy

An emotional weekend with the kids. 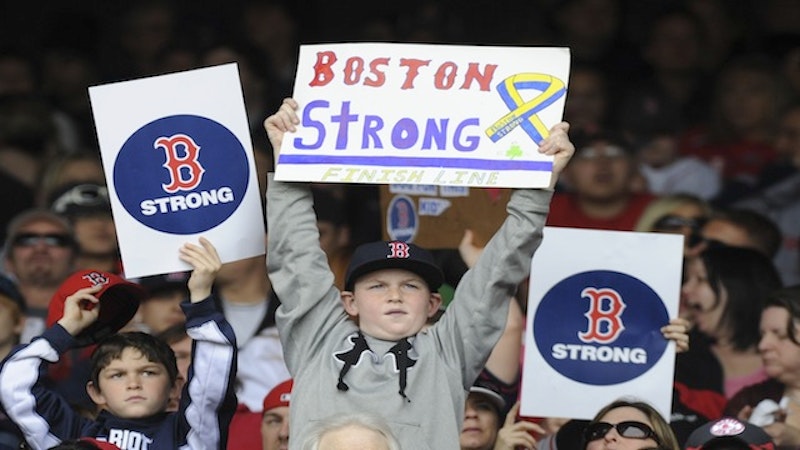 I’m getting kind of soft as I approach middle age. Not just soft around the midsection—though that area is becoming problematic—but emotionally. I fear that by the time my kids hit middle school I’ll turn into a blubbering pile of spittle and tears as we approach every coming of age milestone. The “It’s just my allergies” excuse won’t hold up forever.

On Saturday, the kids (six and three) and I ran in a 5k to benefit the HelpHOPELive foundation in the name of Joey Duffy. Joey is a sweet, smiling, almost three-year-old boy who recently underwent a bone marrow transplant. We consider Joey’s family to be dear friends so our participation in the race was never in question. My wife was one of the race organizers which left me, six months off Achilles surgery, to run with the kids.

They were both so excited to run their first race and support a friend. My three-year-old daughter spent the past week doing practice runs up to school every afternoon to pick up her big brother. She assured me that she was going to win the race. She clearly had no idea just how far 3.1 miles would be. My son was so excited about running that we had to take him out last week to buy a running shirt and shorts, or “sports clothes” as he called them, so that he would be properly attired.

I’ve been taking my son to ballgames since he was about seven months old. At every single game I’ve had to remind him to remove his hat at the start of “The Star Spangled Banner.” As it was about to be sung on Saturday morning and found him helping his little sister remove hers. Wow, this whole fatherhood thing really hits you upside the head sometimes. My eyes welled up for a moment at such a beautiful sight. Turns out he had been listening all those times, and was now passing on his knowledge.

We stayed at the back of the pack as the race started. The West York football team, in full uniforms and sporting green “Team Joey” socks, led the charge of nearly 400 runners. Our kids ran for most of the first mile which was considerably further than I expected. We took a brief break and started running again before my daughter finally realized that she wasn’t winning this race and settled for a piggy back ride. I told her to conserve her energy so she could run across the finish line. My son settled into a pattern of walking uphill and running downhill. He’s no dummy.

The three of us crossed the finish line at around the 58-minute mark. We weren’t setting any speed records but I’ve never been prouder of those two little people. We retreated to the refreshments, listened to the awards ceremony, and loaded our truck up with leftover bananas and bagels to deliver to the YMCA shelter. It was a good day and it was only 11 a.m.

We headed home for a quick change of clothes into our baseball garb; tee-ball started at two p.m. As we were heading out the door I came across a message on Twitter stating that the Red Sox pre-game ceremony was airing on ESPN. I flipped the TV on just in time to see the video tribute to the first responders and law enforcement officers who assisted the victims and tracked down the Boston Marathon bombers.

I never thought I’d get misty-eyed during a Red Sox pre-game ceremony, but there I was. Ten years ago the ceremony in Boston would’ve had little effect on me. I would’ve stopped and watched for a bit and then quickly gotten along with my busy day of napping and watching Goodfellas for the 87th time. It’s just different when you’re a dad. The kids were asking questions about the bombing, the ceremony, the officers and helpers. They listened to the stories of people who exhibited extraordinary bravery and selfless concern for others. I hope they listened closely enough to act in a similar fashion should disaster ever present itself. As the Fenway faithful sang the National Anthem my son reminded his little sister that you cover your heart with your hat during the song. I’m pretty sure that this is the type of moment that will have the waterworks going full tilt for me in a few years.

We’ll be participating in another fundraising run on Monday night. This time we’ll be raising money for the victims of the Boston bombings. The kids will be there decked out in their running gear, hats over hearts.