The Recession Finally Drops on Maryland

As Gov. Martin O'Malley has learned, a year before he runs for reelection, even wealthy states aren't immune to a flagging national economy. 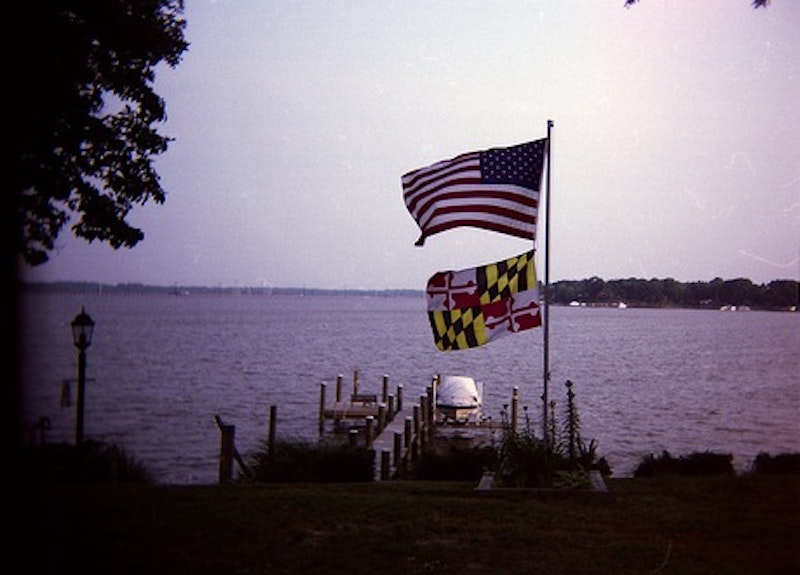 Maryland's dirty little secret is out. The state, once touted as recession-proof because of the diversity of its economy, is no longer the self-contained fortress that it was originally thought to be.

Would you believe that such a humiliating admission is the destiny of a state that is, by decree, the wealthiest in the nation—a cluster of millionaires in one clump of the state; the same Montgomery County being host to the largest population of PhDs on the planet; Mitchellville, in Prince George's County, the wealthiest black enclave in America; and along Maryland's waterways are some of the state's grandest homes and sleekest yachts.

The recession visits Maryland in billion-dollar dribs and drabs. And Gov. Martin O'Malley swallowed another dose last week. The state's Constitution requires that the budget must be balanced. There's more bad news. Revenues from income and sales as well as corporate taxes have fallen $638 million more than had earlier been projected, according to the Board of Revenue Estimates. So O'Malley has to cut another $300 million in spending-the third round of cuts on top of the largest tax increase in state history-just to bring the current budget into balance and still face another $2 billion shortfall next year, an election year, mind you, when his rock-star jibber-jabber just won't cut it with an unforgiving electorate and a populist surge.

Here's a tip for O'Malley: The governor delivers the good news, agency heads deliver the bad news. Simple as that. Stop making the helter-skelter cuts yourself. Order an across-the-board cut of, say, two percent, in government spending and let the agencies take the heat for the cuts and you get credit for reducing the size of government to assuage the growls of the pitchfork crowd on the streets.

It's tough to take, knowing that Maryland is subject to the same whimsical buffeting by the economy as any other non-wealthy, non-PhD., black-bourgeois-less, no-yacht basin state. Relax, though: Virginia and the District of Columbia are in the same leaky boat, if not in worse shape, as a majority of states are. After all, just last year the three jurisdictions were happily clumped together in what the fawning national media dubbed the "Potomac primary." Swim together, sink together.

For years, Maryland was able to withstand the vicissitudes of economic cycles far more effectively than many states, mainly because it relied on a variety of financial props—farming, manufacturing, banking, the private sector and the vast government encampment within its four corners. Today, manufacturing has virtually disappeared; most major banks and financial institutions have been subsumed by mergers and takeovers and are no longer home-based; farming depends on unpredictable weather patterns where it still exists and has not been paved over by developers; and the private sector is struggling to survive. Unemployment is high, 7.2 percent, a rarity for Maryland which usually trails the national average (9.7 percent) by about half (The Labor Department reported that 14 states and the District of Columbia have unemployment rates of 10 percent or above.) All that really remains is the government's occupying presence.

To wit: Fully 26 percent of the workforce in Maryland is employed by some level of government—federal, state, or local. Government is probably the only growth industry in the state. So much for diversity, but, nonetheless, thanks god for government. Those folks pay taxes, too. Theoretically, that's why Maryland is pursuing all of those out-of-state defense installations and workers, even at great cost to the state.

Taxes are a case study of money in motion. Government, like it or not, spends every dime that it gets, redistributing tax dollars back into the economy in the form of wages, services, private sector contracts and benefits. Everybody gets a little piece (above or under the table) from government spending. The property tax deduction from income taxes, for example, is middle class welfare.

You send your taxes to Annapolis and in return you get goods and services such as schools, health care and hospitals, roads and highways, clean waterways, public safety, protected greenswards, public transportation and all kinds of neat benefits and conveniences. The Board of Public Works, for example, awards $4 billion in contracts to private sector vendors every year. Government is the glue that holds us together.

Here's some of what you get for your tax dollars that may be the object of once and future budget cuts: More than 100,000 automobiles leave the Baltimore metro area every day carrying passengers to jobs in the Washington metro area on an extensive network of roads and highways. Another 12,000 passengers ride the state-subsidized MARC trains every day to the nation's capital on what is probably the only state-owned railroad in the country. And Baltimore has the only state-owned bus system in America.

If you're going to have an accident, Maryland is a good place to have one. Simply put, Baltimore's R. Adams Cowley Shock Trauma Center is the best in the world. Maryland has more inland shoreline than any other state in the nation that, along with the Chesapeake Bay, requires huge sums of money to maintain and attempt to cleanse for recreational activities as well as a major source of protein.

Locker rooms and dressing rooms coexist nicely in Maryland. The Maryland Stadium Authority oversees the two stadiums in downtown Baltimore. The Hippodrome Theater, the Lyric Theater, the Myerhoff Symphony Hall and the Strathmore Music Center in Montgomery County were all made possible with state funding. The State of Maryland contributes significant funding to private colleges and university in the state as well as to the state's two premier hospitals, among the nation's best, the Johns Hopkins Hospital and the University of Maryland Medical Center.

Maryland maintains a system of 13 state colleges and universities as well as a network of community colleges and the state contributes billions—its largest expenditure—to local governments for education. Remember Thornton, $1.3 billion on top of the already generous local education allotment.

The state runs its own insurance company, the Maryland Automobile Insurance Fund (MAIF) as well as the Hospital Costs Review Commission which helps to stabilize health care costs as well as provide a revolving fund of about $900 million to offset the costs of care for those unable to pay. No one in Maryland can be refused hospital care.

And that's only scratching the surface.

Funny thing, too. Not too long ago, a home-grown booster could boast that every company on the Fortune 500 list had either a home office or a branch office in Maryland, Their presence today has shrunk to a modest handful, with only one or two in Baltimore, if that many, and a couple in Montgomery County.

Maryland, less than two years after the largest tax increase in history (a collective $1.3 billion), is already facing another $2 billion shortfall next year, mainly because of sagging collections of sales, income and corporate taxes. Even the redoubtable State Lottery, the state's third largest source of revenue, is down by five percent. Housing values are down, which affects property taxes, and the credit market has shriveled to a trickle, if a dribble at all. And when tax revenues decline, everyone who benefits from government spending suffers, too. The cycle is endless. Unlike the federal government, state governments can't print money.

Consumer spending is down to bare necessities with apparently little left in the form of recreational dollars because of other demands. The transportation fund, which keeps Maryland on the move, is drained because motorists have caught on—drive less, save money. Many transportation projects have been delayed or cancelled.

O'Malley has already cut the budget by $4.3 billion, all of it from the state's general fund portion which now stands at $13 billion of the total $32 billion budget. And the $2 billion hole in the next budget will have to be dealt with when O'Malley submits his spending program to the General Assembly in January, 2010.

Somewhere along the way, the annual doomsday budget will be scrolled out for everybody to shriek, in unison, in horror. But this year, there may be no reason for the annual mock exercise in scaring the bejeebers out of everyone. The doomsday budget has already arrived, stimulus or not. In the grammar of government, there are generally two kinds of programs—those that are essential and those that are desirable. Between the two, there is more than enough room for argument and disagreement. One man's program is another's waste.

And in a perverse way, governing in lean times is easier than when the treasury is brimming with money. In tough times, officials simply say, no, there's no money and that's that. But a full treasury and surpluses set off a fierce competition for funds among agencies and interest groups. Tough times produce the competing tugs of increased demands and lower expectations. Hey, cheer up! $32 billion is a small price to pay for the quality of life we enjoy in Maryland, even if we can't afford it.

Frank A. DeFilippo, press secretary to Former Gov. Marvin Mandel, has been writing about politics for many years as an award-winning Maryland State House and political reporter, White House correspondent for the Hearst News Service and as a columnist and contributor for several newspapers and magazines as well as a TV and radio commentator. DeFilippo has reported from six national political conventions.