Republican obstructionism is at the point of no return. 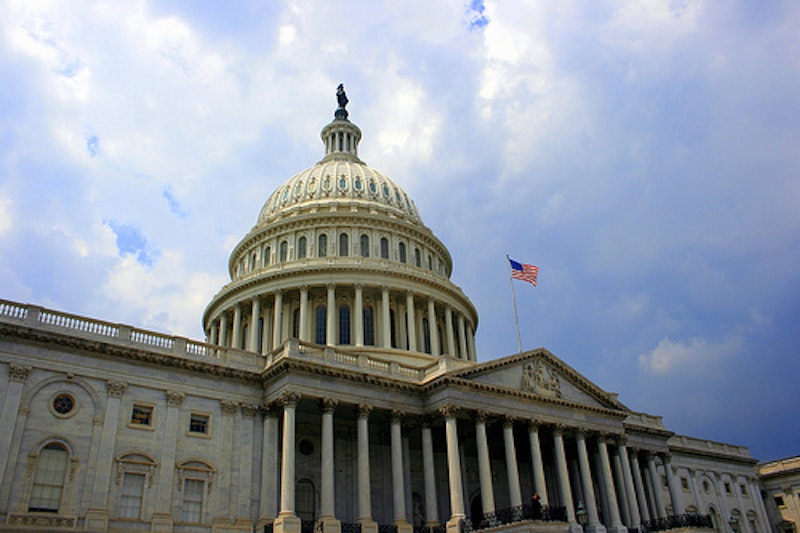 Over the course of the past year, a recurring criticism in my coverage of Republican politics has been that elected Republicans have deliberately and perniciously neglected their roles of governance, all in the name of blindly ideological opposition to all things Obama and all things Democrat. Many times I’ve read and heard the argument that since the Democratic Party controls the House, Senate and White House, all acts of governance are subsequently under their control.

To think that US government is simply a sum of committee chairmanships, a speakership and an Administrative staff is fallacious. The governing of its country is the responsibility of every man and woman the American people send to Congress and the White House.

That the Obama Administration has sealed the deal on yet another landmark bill has only further whipped Congressional Republicans and their seething bases into apoplectic demagogues (I can’t get enough of House Minority Leader John Boehner’s closing remarks before the health care reform vote). Every lever was pulled to slow down health care reform efforts—every ounce of procedural blood was squeezed from the House and Senate, yet in the end those efforts fell short.

As the debate dragged on, Republicans went for broke—not just on health care, with everything. So far over 200 presidential appointees are still awaiting nomination. This is well over a year since Inauguration. If the majority is the governing party, then it stands to reason it needs a staff of capable officials so as to run the country. If the minority refuses to let that happen, then they themselves are directly responsible this particular failure of government.

Now, in celebration of the passage of the health care reform bill, the minority party has begun invoking a rule that allows any one senator to block all committee hearings scheduled to run later than 2 p.m.

Carl Levin, the chairman of the Armed Services Committee, begged the Senate to allow him to go ahead and hear testimony from military commanders who had come from as far as South Korea to talk about the defense budget. Even the new, unimproved version of John McCain—the one who vowed there would be “no cooperation for the rest of the year”—was willing to allow an exemption for that one. But another Republican gave a thumbs down, and the officers were dismissed for the day.

That’s whole lot of chutzpah from the party that loves to throw around words like “patriotism” and “freedom” as if they are more than ham-fisted buzzwords wrenched out of their proper context.

You knew more was coming.

Bersin was an all-Ivy star football player at Harvard. Then he went to Oxford as a Rhodes scholar. Then he went to Yale Law School. Then he was a U.S. Attorney in California. Then he was head of a Justice Department unit overseeing US-Mexico border affairs. Then the head of the San Diego school system. Then the Secretary of Education for California, under Arnold Schwarzenegger. Recently he has been an Assistant Secretary at DHS. Last month the past three commissioners of CBP, including two from the GW Bush administration, wrote to Republican Senators asking them, please, to get Bersin into the job rather than leaving this very important agency leaderless.

Nope. The party that likes to beat its chest on border and immigration issues would rather score cheap political points than point someone who knows what he’s doing in a position that is clearly vital to the country’s interests.

But the holding up of appointees is not new. I readily concede that Congressional Democrats engaged in their share of procedural and confirmation histrionics, particularly with judicial nominees. I don’t see a near- or medium-term future where judges are appointed without political rancor, but I am trying to carve out a place in my crystal ball wherein future minority parties stop this practice of holding up every singe rank and file appointee under the sun.

But the Republican failure to govern has taken on a toxic air. Rep. Michelle Bachmann (who recently claimed that, prior to 2008, America’s economy was “100% free”—seriously, Minnesota’s most insane elected official is not Al Franken after all) and Rep. Ron Paul of Texas have actively criticized the Census, going so far as to telling people not to participate—which is illegal. Well, everything’s bigger in Texas, except, it now seems, its representation. It appears Texans are sending in their Census forms at alarmingly low rates:

This doesn’t bode well for the people of Texas because, like it or not, the Census is a vital—if inperfect and clumsy—instrument of government. And, of course, we’re legally obligated to fill out our forms.

Wearing flag pins and keeping over-qualified people from serving their country do not an ethical politician make. But as a liberal thinker I will do my part: if and when Democrats return to the minority, and every ounce of me wants to scream bloody murder when some budget-busting tax break or ill-conceived war comes along, I hope to keep this column in mind if and when I see the same sort of poisonous Congressional swamp we’re witnessing today.

Because consistency matters, for politicians and pundits alike.