The last thing Maryland needs is a smaller budget. 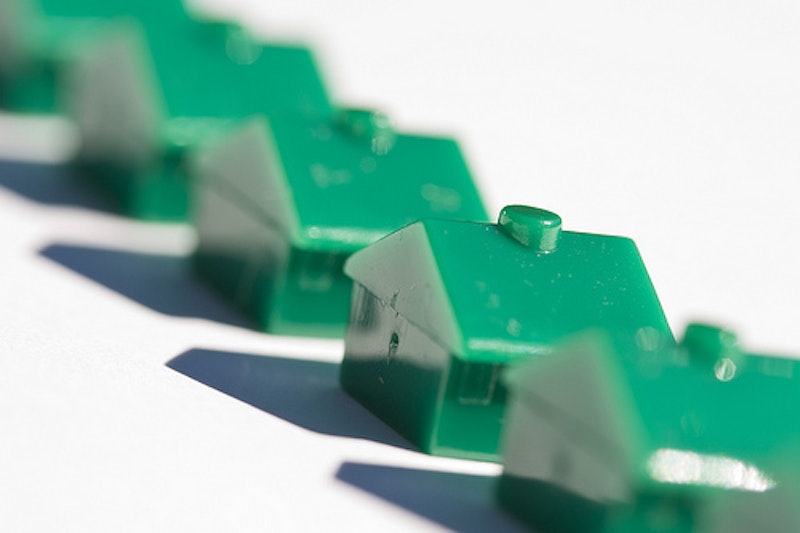 But the numbers game is another matter. The City of Baltimore is facing a $67 million hole in its budget; Maryland must close a $2 billion budget gap to achieve the balance that is required by law; and President Obama just signed a $1.1 trillion spending bill despite national debt of $12.1 trillion and a federal deficit of $1.42 trillion, triple what it was last year. As if that weren’t enough, the House of Representatives has approved spending $155 billion to create jobs and has increased the debt limit by $290 billion. And China is saying the world can no longer afford to buy America’s debt.

Here comes the cropper: Maryland’s bipartisan Spending Affordability Committee has recommended a zero-growth budget for next year, the first since 1982, which should shave $1 billion from the $2 billion revenue shortfall and freeze most spending at current levels or less, denying O’Malley the chance to spread millions in pixie dust in an election year. The recommendation is advisory and non-binding.

Top it all off with the true cost of health care reform, not the estimated $868 billion price tag over 10 years but the price of the pork it took to muster the 60 Democratic votes needed for passage—$300 million to Sen. Mary Landrieu for Louisiana, picking up the cost of Nebraska’s Medicaid for Sen. Ben Nelson, etc.

But unlike most local and state governments, the federal government does not require itself to have a balanced budget. It simply prints more money, further devaluing the currency against others which is leading to pressure to abandon the dollar as the standard against which other currencies are measured.

Other budgetary protections that Maryland, but not the federal government, has in addition to a balanced budget requirement are: amendments must relate to the body of a bill (in Maryland, for example, an abortion amendment could not be attached to slot machine legislation); every spending bill must have a revenue source (which is occasionally violated, i.e., Thornton education funding); money cannot be shifted from one program to another; and the legislature can cut funds but not increase them. The federal government would do well to follow Maryland’s example.

There are economists, notably the Nobel laureate and New York Times columnist Paul Krugman, who believe Obama’s stimulus program fell far short of the amount of money that was needed to lift the economy out of the severe recession, including state economies, as O’Malley has noted. But the deep thinkers who plot the social nuances and fly-speck asterisks of Maryland’s $30 billion budget (down from $33 billion due to cuts) believe what is needed is a long-term solution to states’ cyclical budget problems, sort of an updated variation on the Nixon-era federal revenue sha ring program with the states.

Under that program, enacted by Congress and signed into law by President Nixon in 1972, the federal government channeled a total of $83 billion (in 1972 dollars) directly to the states to spend as they wished. The revenue sharing program was killed by President Reagan in 1986 as part of his all-out assault on entitlements, even though his state of California benefited from it mightily when he was governor. Revenue sharing was a separate batch of money on top of the block grants and categorical grants that accompanied many of the social programs of the era, many of them abandoned and long gone.

But Obama has been preaching a different refrain. Throughout his campaign and the first year of his presidency, Obama has set about addressing the nation’s infrastructure as well as a series of environmental initiatives. And as part of his overall economic view, Obama has included health care reform as an essential component in the nation’s economic revival. Put another way, Obama’s trying to reinvent America’s economy. Money for infrastructure—roads, highways, bridges and public works maintenance—is welcome, the thinking goes, but it’s slow to arrive and when the money’s spent it’s over and done with. Originally the equation was that every $1 billion in spending on infrastructure creates 33,000 jobs. The two-year stimulus program has one year left.

In Maryland, the economic slump seems to have bottomed out as it apparently has at the federal level, to hear the Federal Reserve Board tell it. Just last week, Maryland Comptroller Peter Franchot announced that revenue losses had slowed to just $77 million short of projections, well below the combined $3.2 billion in losses over the past year.

Nonetheless, the $2 billion revenue gap still stands. Governors, like most politicians, are proud folks who resist going around with tambourines in their hands. They’ll take money for their states any way they can get it, but they resent words such as bailout, rescue and handout. What’s interesting is that states are the laboratories through which most federal dollars are sent and spent. There are donor states and there are recipient states. Maryland is a donor state, which means that it sends more money to the federal treasury than it receives in return.

And to complicate the formulation, the demand for federal dollars goes up during recessionary times for support programs such as unemployment compensation (an unexpected upswing in claims last week) and other social services which provide a lifeline for people who, in turn, pay no taxes to replenish the state treasury while they’re drawing from it. Maryland’s unemployment rate has spiked to 7.4 percent, unusually high for a state that is considered buffered against the ravages of recession.

Some form of revenue sharing may be the permanent answer. O’Malley has already cut billions from the budget, much of it in the form of furloughs and layoffs, and he still must cut another $2 billion from the budget he will submit to the General Assembly in January. That is all money that will not be circulating through Maryland’s economy, further adding to the woes. Believe it or not—and many taxpayers will gag before they agree—cutting the budget may seem prudent in the short term but in the long view it’s actually harmful to the state’s economy. And the reason the budget must be cut in tough times as an alternative to raising taxes is that Maryland, like many other states, requires a balanced budget. The requirement, which survived as a durable myth for nearly three quarters of a century, was finally appended to the Constitution in the early 1970s.

Cutting the budget removes a substantial amount of money from Maryland’s economy by eliminating jobs, forcing layoffs in government as well as private industry and by reducing consumer spending. Even furloughs suck revenue from the treasury in unearned and unspent money. When government gets money, government spends money. Most of the money collected by government in the form of taxes and fees—except for the cost of government operations—is returned directly to the state’s economy in the form of goods, services and contracts to private industry. The Board of Public Works, for example, awards $4 billion a year in contracts to all manner of private companies.

So there are many people inside and outside of government who now view a reprise of some form of federal revenue sharing as the best long-term permanent solution to the chronic cyclical problems with state budgets. In fact, many of the states’ fiscal problems are the result of federal requirements and mandates (Medicaid, No Child Left Behind, environmental standards.) Economics is about money in motion. And right now there’s not much of it.