After years of procrastination, Maryland's politicians have found it's probably too late to benefit from the revenue of slots and casinos. 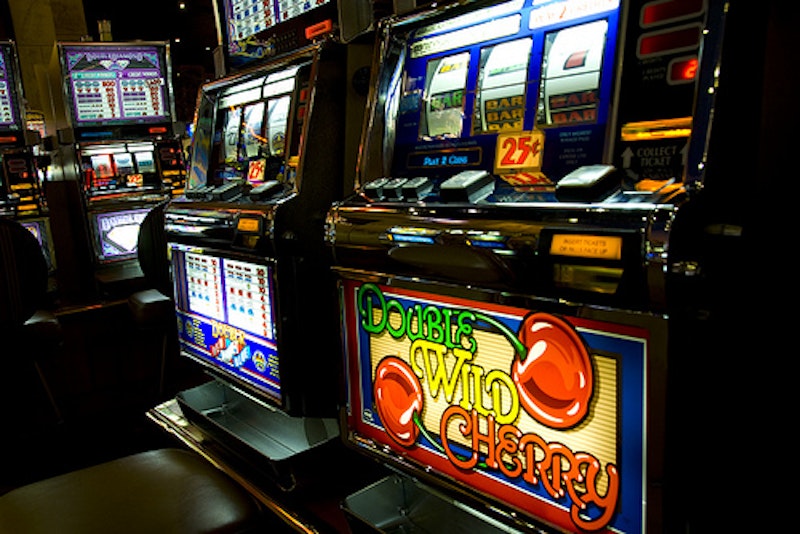 There are two new sticks of dynamite along the pathway as Maryland stumbles into the slot machine business: The first is the effort of all the players trying to screw each other out of a franchise; and the second is the attempt by labor unions to get a piece of the action.

So far, only a year before the 2010 primary election, just two slots emporiums appear to be a sure thing-one in Cecil County to be built by Penn National, and the background clearance of William Rickman to install slots at Ocean Downs, his track on the outer edge of Ocean City. Rickman also owns a race track/slots complex in Delaware, giving him the best of both worlds. Rickman contributed $200,000 to underwrite the referendum drive that authorized slots. The state of Maryland would like to have at least one facility up and running by May 2010.

Otherwise, the entire slots fiasco, from its muddled beginning to its eventual and merciful conclusion, is all loose ends. To wit: Alan Rifkin, the lawyer-lobbyist for Magna, owner of Pimlico and Laurel Race Course, is attempting to block the Cordish Company from developing a slots/entertainment complex at Arundel Mills. He's doing so by asking the Facilities Location Committee to re-start the entire bidding process so his client can submit a second bid for slots at Laurel after failing in the first round to pony up the $28 million down payment. Rifkin's already lost a couple of rounds in court on the same note. Magna has paid Rifkin $750,000 in fees since February to keep its hopes alive, according to records filed in bankruptcy court.

Yes, Magna is in bankruptcy. But a Delaware bankruptcy court has cleared the way for stockholders to sue Magna. Furthermore, Magna was recently fined $800,000 for slip-shod management of its slots enterprise at Gulfstream Park, its Florida racetrack, where employees were accused of organized fraud of several hundreds of thousands of dollars in slots proceeds as well as activities involving cocaine, according to knowledgeable sources. Maryland requires background checks of all of its slots franchise applicants to assure the integrity of any potential operation.

Frank Stronach, the founder and chairman of Magna, is also dickering to buy General Motors' German unit, Opel, which the auto giant wants to shed as part of its massive restructuring program.

Magna contributed $3 million to Gov. Martin O'Malley's drive to win approval of the slots referendum, which was conducted by the Governor's former communications director, Steve Kearney, who now has his own public relations and lobbying firm, and was chaired by Fred Puddester, the state's former budget director and now O'Malley's appointed head of the Maryland Stadium Authority.

Meantime, the expansion of the Baltimore City location and the increase in the number of slot machines from an initial 500 to 3750-the maximum number allowed-applies additional pressure on the Cordish Company because of city site's proximity to Arundel Mills, just a few clicks on the odometer down the Baltimore-Washington Parkway. The Baltimore group, headed by public relations entrepreneur and former Democratic party Chairman and O'Malley ally Michael Cryor, would like the Cordish Company and the Arundel Mills location out of the picture. The Cordish group is involved in a number of gambling venues across the country.

The Cordish group, in turn, has responded predictably and bitterly that it was never given notice that the more desirable site along Russell St., near the downtown stadium complex, was available for a slots/entertainment center. The site was originally designated for development of a mixed-use complex but changed hands in an elaborate trade-off that was orchestrated by the city because of the increased revenue that it supposedly will produce along with the promise (don't hold your breath) of property tax relief.

And in the middle of the mess, Rifkin is trying to organize all of the involved groups into joining in a formal protest against the bidding process-which his client lost-and to nullify the results and start over again with new bids. The delay in the zoning process in Anne Arundel County is another major hang-up because of the politics involved. The County Council has postponed the required zoning on several occasions out of fear of reprisals at election time from angry constituents who oppose a slots facility at Arundel Mills. Both O'Malley and Senate President Thomas V. Mike Miller Jr. have chastised Anne Arundel County officials for dragging their feet on the slots zoning issue.

Council members have quietly asked the Facilities Location Committee, headed by Donald Fry, president of the Greater Baltimore Committee, to award the license in advance of its decision as a way of providing political cover for Council members. The thinking is that Council members could then argue that they had no choice but to re-zone the Cordish site. But Fry and his location committee have refused, saying they will not award a license until the necessary zoning changes are made.

As if that weren't enough, Maryland's secretary of state, John P. McDonough, has assumed the unusual assignment as a broker for labor unions. He recently met with representatives of the building trades unions, in Cecil County, who're insisting on being guaranteed jobs for their members on the construction of the slots facilities, according to informed sources. They want in on the action as a repayment for their strong support of O'Malley in his previous elections and the prospect of support in next year's election. The question was asked bluntly: What is labor going to get out of it? It is not known whether McDonough was acting as O'Malley's agent or whether he was acting as an independent contractor without portfolio.

Following the meeting, McDonough, an attorney who used to represent Rosecroft Raceway in Prince George's County, called at least one prospective slots licensee and asked if he'd be interested in entering an agreement with labor. The recipient of the call, to put the matter delicately, was said to be not only less than interested but, frankly, told McDonough to kiss off. Persons involved are concerned that any agreement with labor would add greatly to the costs of launching slots in Maryland and further reduce the already thin profit margins of the license holders, which are now legally set at 33 percent.

McDonough, you'll recall, was accused of skewing the language on the slots' ballot question in 2008 and was forced to make changes so the referendum did not appear to be misleading in favor of the issue.

The pencilnecks in Annapolis project that the slots business in Maryland would eventually generate $650 million in new revenue. Others say the figure is way high and wide of the mark. Maryland is late to the game. Maryland is surrounded by easily accessible and established gambling venues that offer much more in the way of gambling as well as other distractions.

Atlantic City has Vegas-class casinos. West Virginia has just added table games and, once again, will hold a referendum on whether to expand local gambling in two counties where earlier ballot questions were rejected. Delaware is attempting to expand its gambling reach into sports betting, but was recently set back by the courts, which authorized only three-game parlay bets on NFL games. And Pennsylvania is prepared to expand its gambling menu, as needed, to meet and beat the competition. Slot machines in Maryland will not accept credit cards as they do in other states, but card-friendly ATMs will be accessible nearby.

To the gambling world at large, Maryland must look fairly amateurish. It took 10 years of debate and delay to get to this point, and then only after the General Assembly was unable to muster the courage to act on its own and instead tossed the slots issue to the voters.

Maryland is even having difficulty playing catch-up and it's doubtful that those who require more sustainable action than slot machines are going to kick their extravagant habits just to support the home team. The real action is at the tables and not at slot machines. Maryland has blown a one-time opportunity to build full-game casinos.