A new study found that 40% of families don't consider cost when deciding where to send their student to college. Considering the many thousands of dollars difference in debt between an expensive private college and a more affordable public option, it's questionable at best that more presitigous schools are worth the extra money in the long-run. Parents might not like to admit it, but if they bought education like they buy a car, their children would usually be better off. 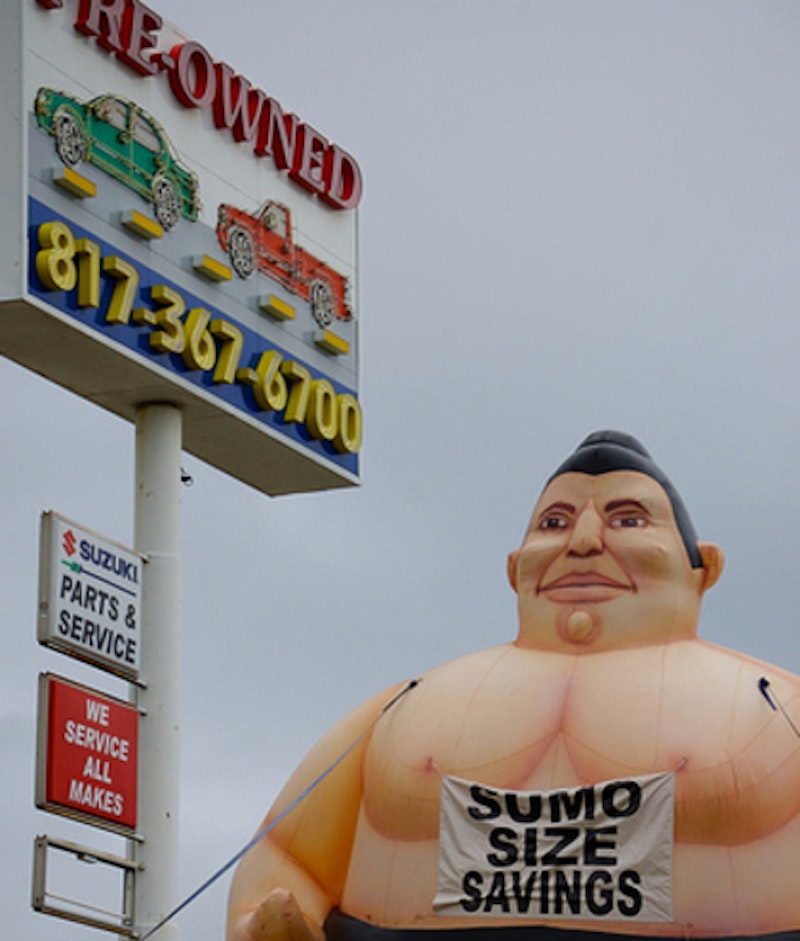 When will colleges be advertised with giant ballon creatures? Photo by The Jamoker

Big-time purchases usually require big-time thought. People often consider the ramifications of the money they are spending on cars, homes or other big ticket items.

However, many people don't tend to be nearly as careful about their spending on higher education, according to a study done by Sallie Mae, a student lender.

The study found that 40 percent of families don't pick a college or university based on how much it will cost.

There is a point where your choice of a better, yet more expensive institution, can hinder your future as much as it helps.

For instance, an average middle income student is more likely to rely more heavily on borrowing than on grants, scholarships or savings and income than a low or high income family.

If this prospective student chooses a university without considering cost as a prohibiting factor then the difference between his or her debt five years after graduation could be tens of thousands of dollars.

Your degree tends to matter less after you have been working for several years after college. Companies, upon hiring workers, don't care if you went to Harvard or Harper to get your degree as long as you do your job well.

College costs should be considered in the same vein as that car, even if they are seen in a slightly pricier light.