West Coast Knows How to Party

In search of italo disco in Holland, the contemporary mecca of European dance music. 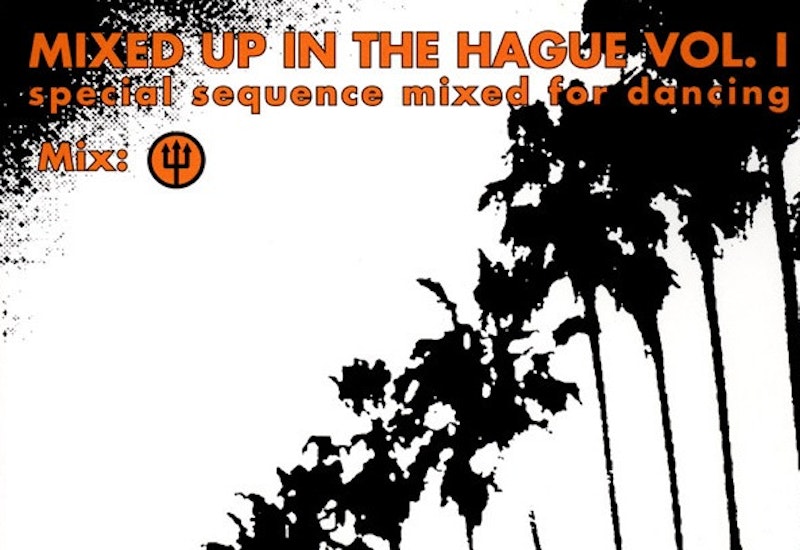 Like music geeks from all over Europe and the United States, I've been going on regular pilgrimages to Holland to visit the epicenter of the italo disco revival and the Dutch electronic music scene. Last month, it was to celebrate the birth of Intergalactic FM, an Internet radio station born out of the ashes of the Cybernetic Broadcasting System.

The CBS, as it was known to its fans, was an Internet radio station and online community based in the Hague that centered around italo disco and electronic music from 2002 to 2008. Ferenc van der Sluijs, more commonly known to the world as I-f (short for Inter-ference) is often credited with inadvertently kick-starting the Electroclash style with his 1998 album Fucking Consumer (although van der Sluijs has distanced himself from the term since its creation). Fischerspooner claimed that after hearing I-f's song "Space Invaders are Smoking Grass" they decided to co-opt the sound as their own, and soon rocketed to (sort-of) stardom.

I-f's next project, Mixed Up in the Hague vol. 1, was released in 1999 and is often cited as the foundation of the current italo disco revival. Italo disco is a term that is used to describe dance music from Italy from the late 1970s to mid-80s, as well as non-Italian music that was influenced by the genre. If you trace the roots of any Shoreditch or Williamsburg hipster's initiation into italo music, it will inevitably lead you on a path that stops at the doorstep of Mixed Up in the Hague. That compilation is why italo has been featured in The Guardian, why aging Italian pop stars are suddenly getting gigs again, and why I've been to Rotterdam three times in the last 18 months.

So it is with bated breath that the world has been waiting for I-f's latest project, Intergalactic FM.. The launch party in Rotterdam on Feb. 21 was organized to parallel the three channels of the radio station. The CBS had been just one channel, and as it covered such a wide swath of audio possibilities—sugary disco, hard electro, spacey synth-driven soundscapes and the occasional Charles Manson speech—that the station could seem disjointed to casual listeners, and listenership suffered as a result.

Intergalactic FM was created with the hopes of addressing some of the problems faced by the CBS. There are three channels instead of one, and more community involvement. I-f has even incorporated his company, Hotmix, as a non-profit organization and as such is eligible for some governmental support for promoting Dutch culture, although they have not applied for any subsidies to date, preferring to support the program through donations.

Holland is known for its underground electronic music scene—Bunker, Viewlexx, Crème Organization, Strange Life, Clone, Frustrated Funk and Moustache Records are just some of the record labels based in Rotterdam and The Hague that feature primarily Dutch electro artists. Intergalactic FM's first channel focuses on artists that are creating the electro sounds of Holland's west coast, and the lineup in the main room of Rotterdam's De Unie was representative of this: I-f, Rude 66, Mark Du Mosch, Syncom Data, Pamétex, Unit Moebius and TLR.

Despite some sound problems, which also plagued the CBS's final "Necroparty" event, the room was hard rocking, with highlights like Pamétex's jacking Chicago house set and TLR's diverse acid, electro and italo set that had the entire room dancing. "I was especially happy to see Unit Moebius perform at our party. Jan is a key figure in the creation of the west coast sound of Holland," said Joost Starborough, one of the party organizers who also works with van der Sluijs on the Hotmix Foundation. "It was great to see him in our line-up."

Next door to De Unie, the Bootleg Café hosted 15 self-selected DJs from among Intergalactic FM's listener base who were representing the Intergalactic Classix channel, which plays primarily italo, disco, new wave and synth-pop. "Great vibes and good music all the way," said Marjolein van der Velden, who DJs under the name Slick Chick, "from old vintage italo disco to the best electronics made today."

With so much going on in the Unie I didn't spend nearly as much time in the Bootleg as I would have liked, but was particularly pleased to catch van der Velden's set. Slick Chick is one of Rotterdam's "Chicks on Technics," a group of female DJs who play varying styles of electronic music regularly in the Bootleg Café. Much to my delight, van der Velden gives special attention to the darker side of disco, playing songs like "Disco Halloween" by Forbidden Fruits and City Center's "Profundo Rosso." In a music scene that can skew very heavily male, it was refreshing to see DJs like Slick Chick and Odessa behind the decks.

In de Unie Café artists like Legowelt and Mono-poly were tinkering around on synthesizers and representing the radio's third channel, The Dream Machine. The channel covers the more experimental sounds that turned off many CBS listeners, and as such, generally has under 20 listeners. Think audio clips of noir films overlaid on top of spasmodic synth melodies, film scores, ambient, and obscure 70s and 80s library music—a term used to describe royalty-free music for use in films and television.

Walking into De Unie Café was sort of like hanging around inside my iPod. The first person I met was Gabbo, a DJ from Berlin who I had previously only been familiar with as a name on one of my current favorite italo mixes, Radiostyle. As surprising as it was to realize that my music collection was created by living, breathing human beings, it was gratifying to finally be in a room where I actually had something in common with everyone in it. It was like a family reunion without the nagging.

"The Rotterdam scene has gotten a lot closer in the last few years," said David Vunk, resident DJ at Rotterdam's Nikola Tesla and owner of Moustache Records. "Lots of artists and DJs didn't know each other, but that has changed a lot. Most of the guys from the electro disco italo Rotterdam scene are friends now."

Alden Tyrell, DJ Overdose and Mr. Pauli were all skulking around; in addition to their own solo acts, the three men also make up the members of The Hasbeens, Dream Disco, and the Novamen. The Hague/Rotterdam scene is nothing if not incestuous—most artists release on multiple Dutch labels and, like cheerleaders switching boyfriends, they collaborate on projects with each other for short periods of time and limited releases and then move onto to the next.

The next night was the Intergalactic FM Disco Fetish Party held in Rotterdam's Gay Palace. The crowd was comprised primarily of DJs, producers and Internet forum geeks having earnest conversations about synthesizers. There is possibly nothing that tickles me more than seeing a roomful of painfully heterosexual men dancing to drum machine and vocoder-laden disco tunes in a gay Dutch nightclub. DJing duo Rob n' Zoopsie and Loud-E played italo-heavy sets, party monster David Vunk threw out jams like "Superman" by Texas Johnny, and I-f, dressed in leather pants and a NYC police officer's uniform shirt, closed out the night with classics like Azoto's "San Salvador."

The highlight of the Gay Palace, though, was Fred Ventura's performance with Alden Tyrell. Fred Ventura (real name Federico di Bonaventura) has been called "the voice of italo," and not without just cause. Ventura has been recording and performing for more than 25 years under a variety of aliases and lending his voice for more recent classics by I-f and Alden Tyrell. Ventura is one of the only italo artists from the '80s who continues to record popular music. His recent release on Clone, Disco Modernism 1983-2008, has brought renewed attention to the phenomenal range of his career. "Holland's interest in italo disco is a long story. My first gigs outside of Italy were in The Hague in 1986, such a long time ago. I still perform here regularly, almost once a year," Ventura said.

Ventura was incredibly charismatic, pushing the crowd to sing along and adore him even further, which they did without hesitation to songs like Fockewulf 190's "Body Heat," "The Years (Go By)" and The Parallax Corporation's "City of Destiny." "It's been a great party, nice and friendly people, the best DJs around and the best music," Ventura said. "Not easy to find so many good things in a party nowadays."

"I really liked the party because it showed how versatile our radio station is," Starborough said. "From the italo and disco sets in Bootleg and Gay Palace, to the spaced out stuff in Unie Café, to the menacing industrial techno and jacking house in the big room of De Unie."

The weekend was an amazing glimpse into the Holland electronic scene, and I wasn't the only awestruck foreigner in attendance. "What impresses me most is how international our audience is, and the effort people take to visit our parties," Starborough said. Robots—as the fans of radio station and associated forums call themselves—from countries all over Europe were there, meeting, greeting and dancing their asses off.