Mostly they're about fun, but also anger and heartache. 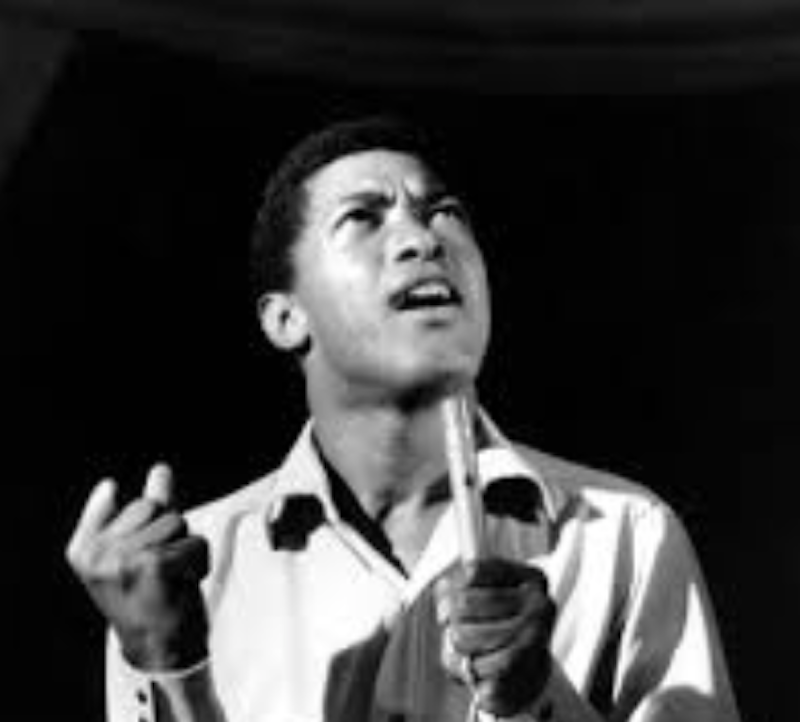 “Hot Fun in the Summertime,” written by Sly Stone; performed by Sly & the Family Stone (1969): This infectious anthem was released as a single in the wake of the band’s memorable 3:30 a.m. appearance at Woodstock, and it made it to number two on the U.S. Billboard Hot 100 pop singles chart. It has a mesmerizing, lazy vibe that evokes the simple, unhurried joys of summertime.

Four powerful voices give the song an impressive vocal depth. Rose Stone sings, “I cloud nine when I want to.” Freddie Stone follows with: “Out of school, yeah.” Then Larry Graham: “County fair in the country sun,” and Sly finishes the verse with, “And everything, it's true, ooh yeah,” hitting some sweet high notes at the end. Then they all come together for the chorus: “Hot fun in the summertime,” repeated four times. The song has universal appeal: anyone who remembers youthful summers with unlimited free time on their hands can sway along to this one and tap into some fond memories, and perhaps some sad ones too. The conclusion contains a melancholy reminder that the summer passes too fast: "First of the fall and then she goes back."

“Summer in the City,” written by John Sebastian, Mark Sebastian, and Steve Boone; performed by The Lovin’ Spoonful (1966): This song reached number one on the Billboard Hot 100 in August 1966, and it stayed there for three weeks. It's a catchy New York City tune (you can hear jackhammers and car horns) that grabs your attention instantly with its opening lyrics, which are concise, evocative, and sung with intensity: “Hot town, summer in the city/Back of my neck getting dirty and gritty.” You feel a good story coming on right off the bat. John Sebastian's suckering you into thinking this is going to be one long complaint about sweltering summer heat: “Doesn't seem to be a shadow in the city/All around, people looking half dead/Walking on the sidewalk, hotter than a match head.” But soon you realize that's just a setup for an ode to urban summertime fun once the sun has set: “But at night it's a different world/Go out and find a girl/Come-on come-on and dance all night/Despite the heat it'll be alright.”

"Summertime,” written by DuBose Heyward and George Gershwin; performance by Sam Cooke (1958): This familiar song of the South from Cooke's debut studio album featured the Bumps Blackwell Orchestra. There’s no easy consensus on the best version of this Gershwin classic from Porgy and Bess, as some of the greats have taken a shot at it: Louis Armstrong with Ella Fitzgerald, Janis Joplin, Willie Nelson, Billie Holiday, and even the Zombies. I like Sam Cooke's smooth rendition, however. He subtly plays around with the melody of the song, which harkens back to his roots as a gospel singer.

There's a stripped-down arrangement consisting of minimal contributions on percussion, bass, and acoustic guitar. It sounds like Cooke’s trying to be true to the musical’s use of the song as a lullaby, although if he were performing it for a sleepy baby he'd probably ditch the percussion.

“School’s Out,” written by Alice Cooper and Michael Bruce; performed by Alice Cooper (1972): Cooper once said that except for Christmas morning the next best three minutes of a kid's life are the last three before summer vacation begins. If you can capture that powerful, anticipatory emotion, thought Cooper, you'd have a dynamite song. He did, and he was right. "School's Out" reached number seven on the Billboard Hot 100 pop singles chart.

This lyric, sung by a chorus of children, says it all: "No more pencils no more books/No more teacher's dirty looks." It's beyond any school kid's fantasy. School isn't just out for summer, it's out forever because, "My school's been blown to pieces." It's three and a half minutes of subversive 1970s hard rock/guitar bliss that Cooper's gritty voice was perfect for.

"Fishin' in the Dark," written by Wendy Waldman and Jim Photoglo; performed by the Nitty Gritty Dirt Band (1987): This may be the only combination love song/fishing song ever performed. The narrator sings a bouncy melody about how he’s going to take his girl to a special fishing hole where they'll be "lying on our backs and counting the stars." With other things on his mind, he's not concerned if the fish aren't biting: "We'll be fallin' in love in the middle of the night/Just movin' slow." There're plenty of the accoutrements of summertime to put you in the warm-weather mood—a lazy yellow moon, crickets, and lightning bugs. There are songs with sufficient details or enough emotional resonance to transport you to a place that you've either been to before or that only exists in your imagination. This is one of them.

"Margaritaville," written and performed by Jimmy Buffett (1977): This song's an example of what Buffett has called "gulf and western" music, a blend of country, folk, and pop with tropical and coastal lyrical themes. No song evokes boozy tropical languor better than “Margaritaville.” This is another song that can transport you—in this case straight down to lazy Key West, where the narrator's just wasted away most of the summer with his favorite mixed drink: "But there's booze in the blender/And soon it will render/That frozen concoction that helps me hang on."

"Some people say that there's a woman to blame," but Buffett sings that there's nobody else to blame. He leaves the cause of his existential despair a mystery—the listener will have to conjure up an explanation. Perhaps that "lost shaker of salt" he's searching for is a metaphor for something more important that eludes him. He ends up sitting on his front porch, strumming his guitar with a drink, "wasted away in Margaritaville." Things got better, though. Jimmy Buffet’s also a savvy businessman who was able to parlay this song into a global lifestyle brand that eventually yielded $1.5 billion in sales.

"Dancing in the Street," written by Marvin Gaye, William "Mickey" Stevenson, and Ivy Jo Hunter; performed by Martha and the Vandellas (1964): "Summer's here and the time is right/For dancing in the street." Co-writer Mickey Stevenson said the idea for dancing came to him while cruising around Detroit with Marvin Gaye. During the hot summer, the city would open up fire hydrants and people danced in the water sprays to cool off—a strictly urban form of recreation. According to the lyrics, people were dancing in the street all across the nation—in Chicago, New Orleans, New York, Philadelphia, Baltimore, and Washington, D.C.―cities that experienced racial unrest during the uneasy summer of 1964. This led to the song taking on political implications, although it was written as a joyful dance song meant to unite people all across the country in the summertime: "There'll be swinging, swaying, and records playing/Dancing in the street."

Ivory Joe Hunter liked the song but wasn't satisfied with the drum track. He got a crowbar from his car and slammed it against the concrete floor on the downbeat, creating one of the most memorable drum beats in rock ‘n' roll history.

"Surfin' U.S.A.," written by Brian Wilson and Chuck Berry; performed by the Beach Boys (1963): It's impossible to leave the Beach Boys off of a list of summer songs. In the band's earlier days, it seemed almost all of their songs were about summertime. That's when they were busy with their California myth-making; never mind that brother Dennis Wilson was the only real surfer in the band.

This tune's a rewritten version of Chuck Berry's "Sweet Little Sixteen" set to new lyrics. The quick intro is a familiar Chuck Berry guitar riff. The lyrics start out with a brag: "If everybody had an ocean/Across the U.S.A./Then everybody'd be surfin'/Like California." Mike Love, on lead vocals, provides a catalog of beaches up and down the California coast—Del Mar, Ventura County line, Santa Cruz, Trestle, and plenty more—plus Hawaii's Waimea Bay and Australia's Narrabeen. He sings with such enthusiasm that it's hard not to be a little jealous of the lifestyle. One of the song’s signatures is Al Jardine and Carl Wilson's "Inside, Outside, U.S.A." background singing during the chorus. For such a simple-sounding song, there's a lot of musical sophistication going on.

"Summertime Blues," written by Eddie Cochran and Jerry Capehart; performed by Eddie Cochran (1958): The abbreviated chorus―”Sometimes I wonder what I'm gonna do/'Cause there ain't no cure for the summertime blues” is one of the most famous in rock 'n’ roll history. Rockabilly singer-songwriter and guitar innovator Eddie Cochran taught us, at age 19, that working a summer job can interfere with summer fun: "Workin' all summer just to try an' earn a dollar." This is a departure from the usual summertime songs about just having fun. It's a rare song of summer hardship: "Every time I call my baby, to try to get a date/My boss says, no dice, son/You gotta work late." Cochran added a guitar lick and some slapping sounds to that emotion and he and his manager Jerry Capehart had a song written in less than an hour.

Cochran’s singing about that age-old dilemma: you need to work so you can do the things you like to do, but you work so long that there's little time to do them. This song doesn't stand out so much for its innovativeness or original thinking. It's more about the pure energy directed towards the frustration of living within the mundane limits of the real world.

"Summer Wind," written by Heinz Meier; performed by Frank Sinatra (1965): Wayne Newton, Perry Como, Willie Nelson, and Shirley Bassey have covered this song, originally written in German, but the Sinatra version towers above the competition, with a little help from some light accompaniment from the Nelson Riddle orchestra. The subject matter is in the great saloon singer's wheelhouse—a summer romance that's gone now but is remembered with fondness and regret—and he adds his usual poignancy and emotional resonance to it. No singer has ever been able to convey emotions like Frank Sinatra—it's as if he's singing directly to the listener. And the listener is transported back to the place where "The summer wind came blowin' in from across the sea/It lingered there, to touch your hair and walk with me." But suddenly that gentle wind summoned his paramour away from him, to parts unknown, for unspecified reasons. Listeners know only this: “I lost you to the summer wind.” Perhaps they'll recall their own ill-fated summertime romances. This is the most bittersweet summertime song.