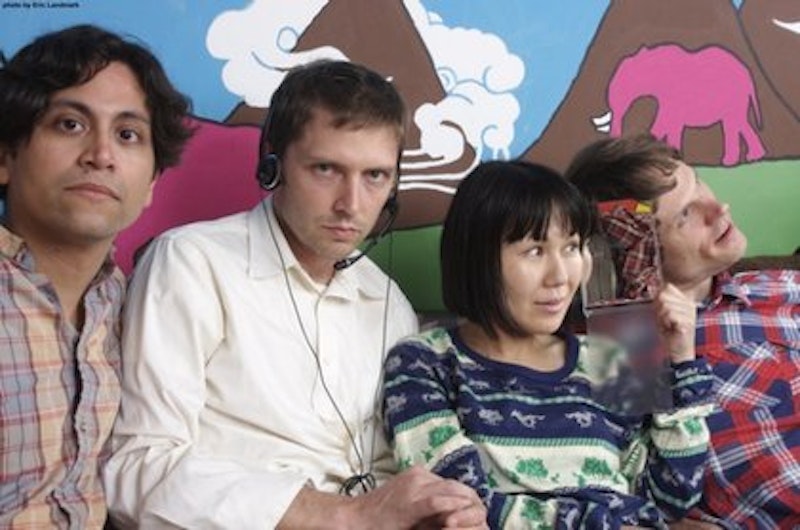 Somewhere between my third and fourth listens, La Isla Bonita emerged as the best Deerhoof LP in at least seven years—a strong model of effective, economical melody and minimalism. Any cut on the album could have made this column, but I opted to zero in on “Oh Bummer,” a leaf-pile blaze of late 1980s syncopation and siren-shriek art-rock that unfolds like a cancerous smudge. A lot of that is down to what the guitars are up to, how they echo gently and sweetly and then shove their reach to detuned, football-field Siouxsie and the Banshees size, those shoves full of cratering aluminum and crushing feedback that annihilate everything that’s come before. Drummer Greg Saunier’s keening vocals—something about being emperor, something about money—are there to goose the overall sense of disorientation along without standing in the path of the general onslaught.

Promises, promises. Rappers dole them out with no expectation that they’ll be believed. Which is to say that no Pusha T fans really thought King Push would follow My Name Is My Name within calendar year 2014 even if we held out hope for 2014. And, who knows? There are a few weeks left, and the concept of “pre-release build-up” has come to feel antiquated. My gut’s saying “2015” or “2016.” “Lunch Money,” one of those increasingly rare Kanye West solo productions, tips the effluent from a funk guitar studio session through Frankenstein’s laboratory maze of curved, clouded beakers and test tubes; the burbling, topsy-turvy result feels like the hip-hop equivalent of an especially active game of “Operation” played by Uncle Remus tooling around on the shortwave radio set. Finding solid footing here is challenging, but Pusha T acquits himself very nicely—slinging a hash of soldiering, stunting, and conspiracy theorizing (less mission statement than jeering self-brand extension, natch) that complements surroundings that are downright psychotropic. “A Blue-Ray to your DVD/You might have caught me on TMZ/Cameo tryna sue a nigga,” he notes, “cuz I party hard like it’s three of me.”

Sampling gets a bad rap on a variety of levels, but if Negativland can be relied upon for anything, it’s their ability to painstaking recycle and repurpose vocal bits to damn and/or satirize the forces who would gleefully deign to deny them their right to damn and/or satirize. With “Right Might” they distill religiosity, nationalism, and politics into four cutting minutes. Atop a slowly decaying recording of “The Battle Hymn of the Republic,” selected phrases from a speech—not sure which one, but the speaker sounds like it could be Richard Nixon—are stacked and slotted and inflected into insanity, as a handler dispenses out-of-context stage directions. A sharp game-show buzz greets every blown take, but after a bit these buzzes seem more like cattle-prod jolts. Interpretation is in the ear of the listener, but my read is that this is a not-so-subtle commentary on ideological indoctrination, which pretty much guarantees it an audience around the size of the number of times your daughter listened to Taylor Swift’s 1989 last weekend.