The Price of Admission

Irish music is, by most measures, and without too much argument, more fey than Howlin’ Wolf. 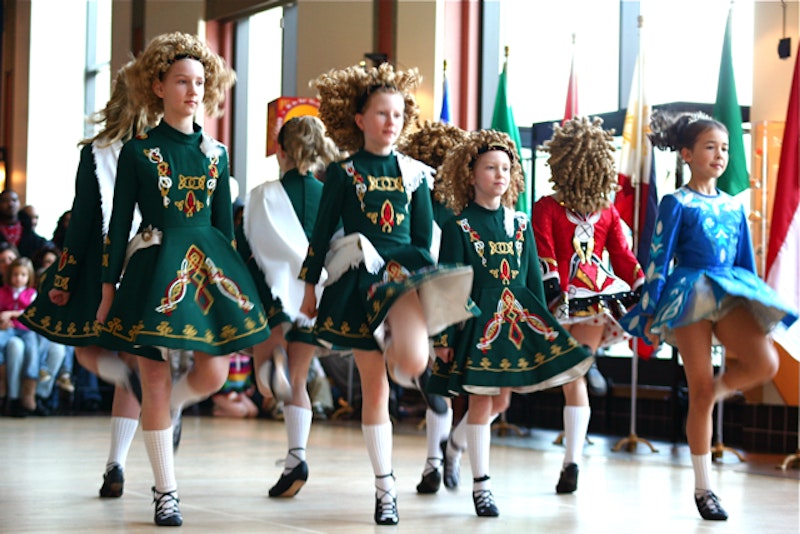 Years ago, when I was thoroughly obsessed with country, I was chatting with a like-minded friend about the music’s roots. “Thank god for the blues,” he said. “If country had stayed just Irish music, I wouldn’t be able to stand the stuff.”

My friend probably spoke for a lot of roots music enthusiasts there. Not that Irish music is especially loathed. It’s more just ignored, or at most nodded to. Blues is earthy and driven and has, moreover, become so embedded in jazz and rock and R&B that is seems like it’s the cornerstone of American music.

Irish music, on the other hand is just not cool. You can see just how uncool in Come West Along the Road Volume 2, a DVD collection of traditional music performances taken from RTE, the Irish national broadcasting corporation. Taken mostly from the 1960s, 70s and 80s, most of the songs appear to have been videotaped directly from a wide variety of church basement—but that’s public television for you. Even public television can’t account for the McCaffrey Dancers exhibition dance from 1965, though. Put aside that they appear to be in a church basement.  Put aside that the steady “plink/plink” of the piano is rivaled in dowdiness only by the dance itself, which consists of 12 well-scrubbed adolescents holding their bodies rigid while skipping here and there and like neutered candy stripers. Put aside all that. And when you have done so, consider that the girls spend much time coyly holding hands with the girls and the boys coyly holding hands with the boys. Oh, yes, and the boys are wearing dresses. You just wouldn’t catch Howlin’ Wolf doing that, you know?

Irish music is, by most measures, and without too much argument, more fey than Howlin’ Wolf.  Of course, most things are more fey than Howlin’ Wolf, but few are as thoroughly fey as Irish music. And when it’s not fey, it’s got frightening glee club wholesomeness. Bobby and Peggy Clancy in a 1965 version of “Mrs. McGrath,” for example, seem like they’ve walked out of some remorseless folk-music parody, what with Bobby’s foot perched on a stoop, his aggressive collar sticking crisply from his modest sweater, and Peggy’s earnest toothiness. “A ring-dung-dah!” they sing with lilting, lobotomized cheer, “Oh Ted McGraw, were you drunk or blind/when you left your two fine legs behind?”

There’s a tendency, or perhaps a temptation, to look at the blank wholesomeness and chalk it all up (as it were) to whiteness. If the blues derives from the black experience of suffering, then this music comes out of the white experience of never feeling much of anything; just chattering on obliviously through life worrying about whether the pants are pressed or whether those darn collars sticking out of the sweater right.

Except, well, in the first place, the Irish aren’t white. They became white when they came to the U.S., but back home they’re not conquering Europeans; they’re the people the Europeans conquered. Sweepstakes in suffering are always kind of pointless, and lord knows there are enough brutalized minorities in every part of the earth to go around, but as histories of bitter oppression go, the Irish’s is surely as impressive as anyone’s.

So when I watch this DVD, I’m essentially blinded by my own whiteness. What I see is people participating in the ridiculous denatured spectacle of soullessness; the bland feyness of not having any roots. That’s what ethnic Americans (such as my Jewish self) get in exchange for skin privilege; it’s the price of the ticket, as James Baldwin says. You give up your klezmer soul and you get to be a white American with all the benefits, such as they are.

But the musicians here haven’t done that. The authenticity markers are all wrong from my perspective, but that’s just because my perspective is screwed up. In most ways that matter, the music here is in fact quite close to blues. It’s a music that comes out of a community identity, forging joy out of hardship. “Oh Ted McGraw, were you drunk or blind/when you left your two fine legs behind?” Ted’s Mom isn’t heartless. She’s just had bad luck before and is tough enough to take it with a smile.

Despite the relatively low profile of Irish music, white Americans have always fetishized oppressed white people, from Riverdance to Schindler’s List—that fetishization consisting precisely in pretending that the oppressed white people are, in fact, white like us. Maybe some similar self-delusion is why I’m so taken with this DVD…or maybe it’s just the music itself. Unlike my friend, I’ve never been super into blues, but Irish music really sends me. The wailing drone, repeated with slight variations—it’s just some of the loveliest music on earth.

On this disc, I think my favorite tune may be a short Irish song, “Casadh Cam na Feadarnai,” performed by Triona Ni Dhomhnaill on keyboards and vocal and Liam Rowsome on fiddle. There’s certainly a melody, but all the instruments—the fiddle, the electric piano, even the Gaelic syllables—seem more focused on percussion, the rhythms running around and over each other. The notation says it’s a song about a hag, and it does sound old and evil, a song to throw kids into pots by.

Or maybe the highlight is Martin Reidy’s unaccompanied version of “The Gal I Left Behind Me.” Reidy looks about 110. His ears are set so far back on his head they look ready to fall off, and he appears to have lost all his teeth. Every time he takes a breath his lips comes together with a wet pop. He sings sitting in what looks like (you guessed it) a church basement, on a bench, with two women beside him; one, alternately perplexed and proud, may well be his granddaughter.

If so, she’s got every right to be proud. He gives a sterling ballad performance, his quaver adding poignancy to the high lonesome keening. That high lonesome is a sound I adore in American music too; it’s been passed on to singers like Almeda Riddle, Sara Carter, Kitty Wells, Emmylou Harris and (rather to my sorrow) Alison Krauss. Bob Dylan picked it up too, and Neil Young and that good British folkie Robert Plant and through him Axel Rose. It’s the music I grew up with, like blues, even if, like blues, it’s not my music really. But then maybe in another sense any music you love is yours.