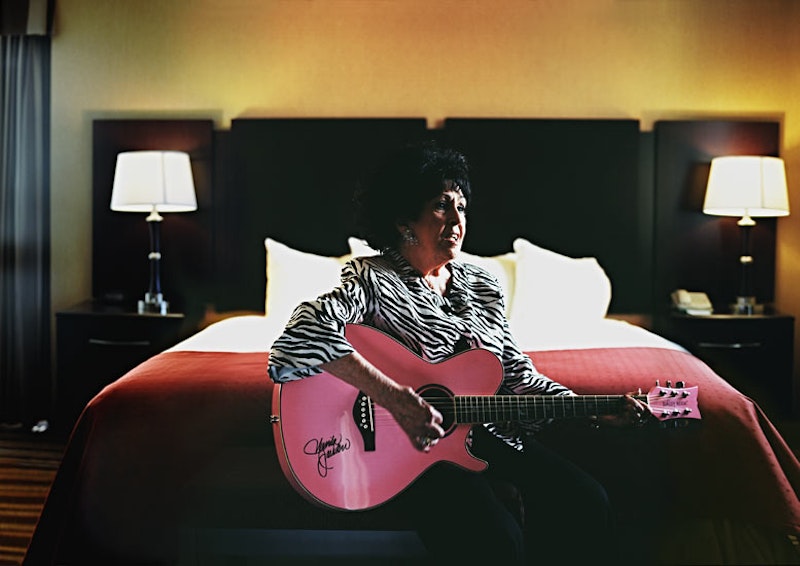 I saw Wanda Jackson perform seven or eight years ago. She’s one of my all-time favorite singers, and so seeing her live was a kick, even if the show itself was underwhelming. Her voice was a shadow of its former glory—helium-charged hiccups, death-defying glottal-stops, and hog-calling power were all a thing of the past. Even her ballads were ragged. For one number (I think it was “Right or Wrong”) her pick-up band got its signals crossed, and as a result she sang the entire song in the wrong key.

Jackson’s latest album, The Party Ain’t Over, is more polished than that. Jack White handled the musical end, and he’s obviously having a blast doing the retro-rockabilly thing. He can’t really compare with the musicians Jackson worked with in her prime—if you doubt me, check out Roy Clark’s unbelievable, look-ma-my-fingers-are-on-fire solo on “Hard-Headed Woman,” or the crazed tempo shifts on “I Gotta Know.” Still, White has his moments; you can’t fault the Link-Wrayesque dirt on “Shakin’ All Over” for example.

Jackson does okay at times too—her growl on “Nervous Breakdown” harkens back to the stuttering days of yore, almost overcoming the overly-cutesy horns. And the blues on “Like a Baby” is fairly convincing. She doesn’t actually assay any of her signature hits, which is probably a wise move.

Still, even without direct comparisons to her younger self, it’s hard not to notice that this album is not all that good, even by the standards of someone who is not Wanda Jackson. Her take on Amy Winehouse’s “You Know That I’m No Good” is embarrassing. Where Winehouse’s version drips with guilt and lust, all wrapped in that smooth carnal voice, Jackson barely hangs on, struggling to make herself heard over the over-carbonated backing, sounding like a 12-year-old trying to totter around in a grown woman’s black spike heels. Dylan’s “Thunder on the Mountain” is a lesser tune and so less of a disaster, but it’s still basically crap; a bloated nostalgic slog, with Jackson going through the required rockabilly motions while Jack White shouts in the background, “Hey! I’m Bob Dylan! I’m rockabilly! I…I’m Bob Dylan! I’m rockabilly!  I’m….” Well. You get the drill.

I could go on—the tottering mess of “Dust on the Bible,” the shockingly misplaced island vibe of “Rum and Coca-Cola”—but don’t have the heart. Blues stars, country stars, folk singers—they can often get into their 50s and 60s, keeping the tradition alive. Rock ‘n’ rollers, though...it doesn’t work so well. Fortunately, Jackson’s old records are as great as ever. Just forget this one ever existed.