The Love Language Comes Out Swinging

Yet another breakup album, but at least this one's got spirit. (Grade: B+) 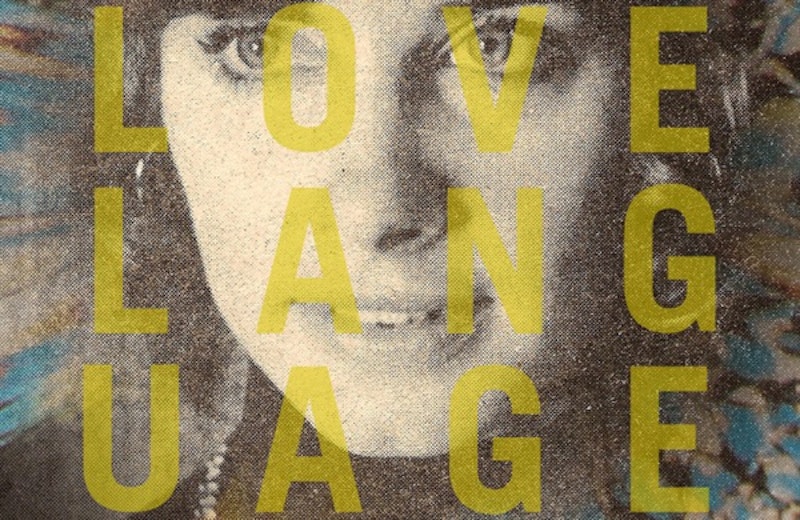 Like seemingly every album ever made, The Love Language (currently streaming in full at RCRDLBL) is a project rooted in post-breakup, off-the-track fragility—its creation being an integral part of the healing process. While Bon Iver came out of hibernation all tender and heartfelt, Stuart McLamb shifts through bouts of self-destruction and drunken jubilee. He's more talkative, vulgar, and generally more fun to be around. McLamb's self-titled, debut album as The Love Language, is a flawed, yet highly-engaging alt-country romp. One minute he's weaving lovelorn prose like Jeff Buckley: "Selfish me/I could have died in your arms/Now I'm back at your feet," the next he's charging energetically forward on horn flourishes and deft pop hooks.

The album contains a sort of inner struggle: on one side is McLamb's tailored craft of writing instantly enjoyable and relatable pop music, but McLamb himself stands in opposition to his own approachability. His voice is strong and possessive and occasionally strips his songs of their ability to connect with the listener. It's a silly critique considering all of these songs are direct products of McLamb's gutter days and subsequent rebirth. In any case, the line between universal and intimately personal is a blurred one. Great albums tend to reflect both individual convictions and collective thoughts. There are several flickers of greatness on The Love Language although not quite enough to balance all its personal indulgences.

On the opening number "Two Rabbits," our musical troubadour is in heavy isolation, wailing destructively to the wind. But this loneliness doesn't last long. Just moments later, "Lalita" erupts in rollicking delirium. Everyone in the bar joins in on the cathartic bandwagon, and, like that, we find ourselves onboard as well for the ensuing dips and bumps.

Both McLamb and the handful of women who have shot him down over the years share a firm belief in greater ethereal forces. On "Stars," McLamb describes how a girl named Kathleen broke his heart, her actions guided by signs in the sky. McLamb reasons, "You're just waiting for the stars unfolding for you." However he isn't one to talk, drawing his own conclusions from more religious messages. On the waltzing ballad "Manteo," he assumes his hardships stem from some canonical event, claiming, "My angel, she had frozen feet the day that I arrived."

Luckily the album isn't all slumbering, Jason Molina-style country ballads. "Sparxxx" is a shimmering piece of wide-eyed jangle pop that shares space with the bouncier catalogue of Belle and Sebastian and boasts a melodic flair that might recall The Guillemots' "Trains To Brazil." The generally somber tone of the album makes songs like "Sparxxx" and "Lalita" flare up with an unexpected enthusiasm and force.

The most impressive number on the album is "Providence," a gorgeous, fully-formed pop sing-a-long that trembles excitedly on the edge of day and night. Imagine a full afternoon with the sun and heat bearing down on your adventure, the skies have turned pink and a long sleeve shirt suddenly seems insufficient for the surprisingly chilly winds that come at the end of a late summer evening. McLamb cedes his normally dominant vocal delivery to the structure of the song. He's more focused and restrained, and everyone wins. This is the song that really illustrates what kind of magic McLamb is capable of conjuring.

There's something unfortunately inconspicuous about The Love Language that reminded me how Apostle of Hustle's debut album and, more recently, Little Joy's self-titled release received positive press that never really hinted at the kind of timeless pop quality buried beneath. Don't be surprised if there are more individual listeners who cite The Love Language as their favorite album ever than critics who mention it in their Best Of lists.

While most listeners will have already made up their minds well before album closer "Graycourt," there is a telling detail hidden in the last minute of the song. The track opens with quaint, cyclical piano keys before layering tambourine clamors and forward-marching hi-hat. This all builds up to a surprisingly decisive moment; will McLamb cave in to diva-ish theatrics and unleash some cheeseball, arena-rock guitar solo, or, does he know exactly what the listener's anticipating and subsequently call his bluff? In comes an indistinguishable piercing tone that should make you cringe for a half-second until you realize that it's not a guitar at all but rather McLamb's voice mimicking in falsetto before drawing back a little bit and revealing his trickery. Before you can shake off the prank he just pulled on you he cuts off the vocals entirely and then abruptly the album's over without any fadeout or fanfare. It's easy to assume that, by the end of the album, you know more about Stuart McLamb than he knows about you, but in reality, he was only telling tales to see how you'd respond.

Visit The Love Language on MySpace