The Failed Coltrane of Disco 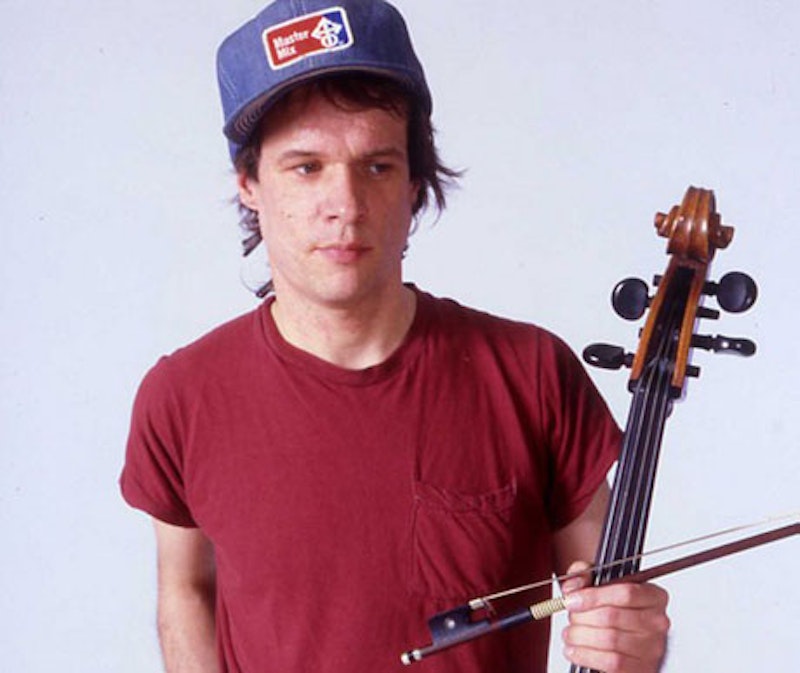 In general, pop only becomes art music when it stops being pop. When swing was enormously popular in the 1930s and 40s, it was dance music. As it turned more and more abstract through Coltrane, Coleman, Mingus, and Miles, it lost its footing on the charts and settled comfortably into the concert hall. Similarly, blues and bluegrass only became respectable fodder for serious festival-goers after both had ceased to move units the way pop music moves units. Rock is perhaps an exception in some ways, though even there, noise artiness like Sonic Youth had to wait for its moment until disco had started to erode rocks place at the absolute center of the musical world.

Disco itself, though, is something else again. Disco was rooted in urban subcultures; it was integrated (not just black and white, but gay and straight); it was syncretic; and it inspired its share of talented composers, from Quincy Jones to Giorgio Morodor. If jazz could become art music, there's no real reason disco shouldn't have—except that disco never stopped being pop. Through its influence on Michael Jackson and (more circuitously) on rap, disco stuck around, and is still one of the most important cornerstones of contemporary radio. Someday, maybe, when you hear a retro-disco song it will mean that you're at a roots festival or an art show. But for now it probably just means you've downloaded the latest album by Beyonce or Rihanna or the chart-topping star of your choice.

That’s why Arthur Russell's 24–>24 two-disc box set still sounds out of place even 30 years after it was recorded in 1979. Russell (aka "Dinosaur L") was a cellist, composer, and scenester in late-70s New York, and he was determined to turn disco into art music.

The result is a bizarre hybrid. On top of the disco dance beat, jazz horns sputter and squawk, fusion keyboards burp and swing, and various vocalists declaim enthusiastic but demented abstractions. On "#3 (In the Corn Belt)" Julius Eastman lets loose with full-bore operatic intensity, shouting "In the corn belt, corn, cooooooornnnnn," while the funk guitar boils and Peter Zummo honks away spastically on the trombone like a helpless duck scurrying in lonely panic about the dance floor. "You Can't Hold Me Down" starts out sounding like it could actually be a straightforward disco track, with a great itchy beat and a vocalist who seems to be in full possession of his senses singing the title phrase. But soon somebody starts dumping amphetamines into the percussionists and the beat turns into a spiky, spastically jerking loop. The repeated phrase "Bad little kitty, gonna pounce on you," is less a threat than a joke; the kitty is never going to get to you, but is just stuck up there in the air, vibrating back and forth with the rest of the track. And then there's "#5 (Go Bang)," where Jill Kroesen sings like a woman taking a long drink before walking into the wall of her padded cell, "I wanna see all my friends at once/I'd do anything to get the chance to go bang." The repetitive beat, in this context, becomes almost ominous; disco as obsessive compulsion endlessly reiterated, pausing only for someone to try to make an air-raid siren sound with his nose.

I can certainly think of parallels to what Russell is doing. Miles Davis' On the Corner, for example, combined tape loops, fusion, and pop in a way which must have been an inspiration for this project, and surely Sun Ra and Steely Dan both could have appreciated the mix of jazz, funk, and goofball humor. But even if there's precedent, there's still something decidedly unexpected about hearing this sort of eclectic, snooty improv weirdness in a disco setting. Maybe if Michael Jackson had never had a solo career, it could have been Russell who retooled the music for the next generation, becoming the Coltrane of disco and turning a pop form into respected concert fare for the hip and discerning. Instead, 24 –>24 is an odd bi-way, an unnecessary effort to salvage a form for posterity. Which is perhaps for the best. It's a little depressing when somebody succeeds in turning pop into a museum piece. Russell failed, though, and so all that's left of his attempt is some bizarrely wonderful music.