The Brilliance of Bethany Cosentino

Best Coast's latest, Crazy On You, makes for one perfect love album. 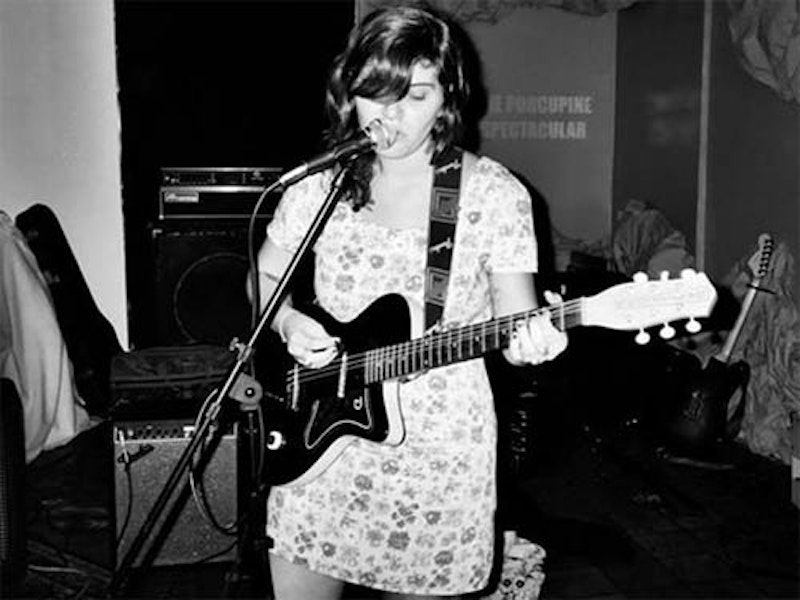 “Lazy” has rhymed with “crazy” for centuries, but never before has this fact been stretched into as glorious an artistic motif as on Best Coast’s debut LP, Crazy for You. Singer Bethany Cosentino is in fact crazy, namely boy crazy, as well as lazy, as in she’s built her indie persona around being a stoner. But this isn’t bad in the music world, and she might be the breakout alternative star of 2010. After dropping the single “When I’m with You” last year, the keepers of the indie elite (Pitchfork, Hipster Runoff) have been following her every move. This includes dating her equally buzzed boyfriend Nathan Williams of Wavves, shooting music videos where she canoodles with Ronald McDonald, watching The Sopranos and oh yeah, smoking lots of weed.

Recovering from a mild bout of lo-fi addiction, Crazy for You finds Cosentino’s songwriting at its most blissfully clear and catchy. Her genre of “glo-fi” (retro rock co-opted by DIY kids with MacBooks) is by no means novel in the blogosphere of cool, but she is arguably the leader of the pack when it comes to songwriting. The tunes on Crazy for You are all quick listens padded with vocal harmonies, surprising hooks and plenty of woeful tales.

“The world is lazy / but you and me, we’re just crazy,” she sings on the album closer “When I’m with You.” For Cosentino, laziness is the enemy. It’s a lovelorn state wherein “nothing makes me happy/not even TV or a bunch of weed.” But craziness isn’t a solution either, although she’s even more addicted to it than the former two vices. “My momma always warned me/There’d be boys like you/So when I’m with you/I have fun,” she sings, reminding herself to take things light.

Cosentino hasn’t penned a track better than “When I’m with You,” but many songs on Crazy for You come close. The title track finds her flirting with the “killwave” trend of either weaving homicidal lyrics into shoegaze odes (“Shimmering Stars”) or layering honeyed lyrics with chainsaws and artillery (“Sleigh Bells”). In a track about a boy who makes her “lazy,” she pens, “I want to hit you but then I kiss you/I want to kill you but then I’d miss you.” Between her malt shop vocals and beach bum detachment, romantic ambivalence has never been as sweet.

While tracks like the tuneful “Boyfriend” establish Cosentino as boy crazy, her constant pining feels more sincere than annoying. She is a master at weaving in small details that take hackneyed love themes (cheating, unrequited love) and make them living, breathing portraits of romance in the era of indie. “I’m sorry I lost your favorite T-shirt / I’ll buy you a new one ... a better one,” she promises on “Bratty B,” a track about promising not to be “such a brat.”

It’s refreshing to encounter an album that’s honest about why love doesn’t always work. On Crazy for You, Cosentino pens the imperfections into the odes, making the album feel like a truly modern take on an old genre. The final effect is Rilo Kiley for chillwavers, and one of the best albums out this year.