Ducktails create the soundtrack for all your upcoming beach-bound road trips. 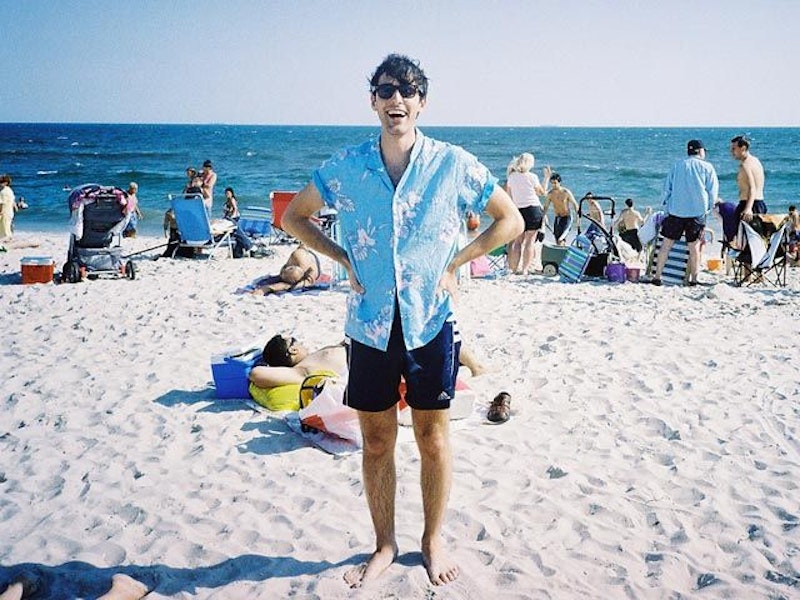 Seasonal harmony is a persuasive force. That's why people tend to fall in love in spring and eat robust, simmering stews in winter. It does the body good. The effects of the environment similarly guide music tastes. Summertime inevitably lends itself to dreamy, hypnotic soundscapes that evoke the tropics, sea breezes, and all kinds of subtle nuances that make us feel alive without having to move or stand up. Ducktails is the primary moniker used by guitarist and sometimes singer Matt Mondanile. On his self-titled LP, compiled mostly from tape cassette singles and released on Not Not Fun Records, Mondanile weaves together beach side guitar motifs like some starry-eyed shoe-gazer. The result is a tropical aesthetic definitely worth adopting this summer.

Just browsing the track list will tell you that Mondanile prefers the familiar to the exotic. His mainly instrumental compositions revolve around the dull pleasures found at "The Mall," "Backyard," or local, nothing spots like "Beach Point Pleasant." The fake, plastic palm trees and aerial boardwalk views that don his press material is a testament to the universality of his locales. Travel as far as you like but the essentials remain the same—a beach is a beach is a beach and so forth. It's a relaxed and unpretentious vibe that makes Ducktails unsurprising but thoroughly entrancing nonetheless.

The looping guitars and repetitive chugs on "Beach Point Pleasant" could easily qualify as natural electronica. Rich, ambient chords float around, entertaining thoughts of open pastures and running water, while the slight discordant sounds off in the distance echo like bird chirps. The water theme is exaggerated even more on "Horizon," where the primary instrumentation putters along like a mix of African drumming and electric water bowls à la Tomoko Sauvage.

There's no danger in calling out Mondanile on the jam band card. The bulk, if not all, of the songs on Ducktails are improvisational recordings that expand kaleidoscope-like, revealing small openings just big enough for a pop melody to peek its head through. The album's psychedelic bent is perhaps best illustrated on "Surf's Up" which buzzes persistently for eleven full minutes, adding whistles and warping sounds when it pleases. The song can easily suck you in and make you think you're hearing woodwinds and shooting stars that aren't really there. Electric panflute has the ability to do that to the untrained ear.

For all of its produced muddled-ness, Ducktails hangs on to a pop sensibility that will make it accessible for most listeners. Songs like "Daily Vacation" and "Pizza Time" snap and bounce blissfully and possess just enough shifty energy to keep people moving. The album's more wistful numbers succeed in transporting the listener to a familiar place before twirling their vague summer memories around like cotton candy. There is nothing remotely throw-away on the album with the exception of perhaps "Gem" which feels sort of lost among the more melodic numbers it sits between.

Long days doing nothing but lounging in the sun always seem to be the most memorable and the most difficult to sum up. They're seemingly eventless but revelatory in some sun-baked state of mind. Ducktails might not have the words to help you describe that feeling but it's clear he knows what you're talking about.