Self-described primal prog disco band HEALTH is on tour working their way towards SXSW. Up in Seattle they sat down and gave some insight into the west coast metal scene. From The Daily. 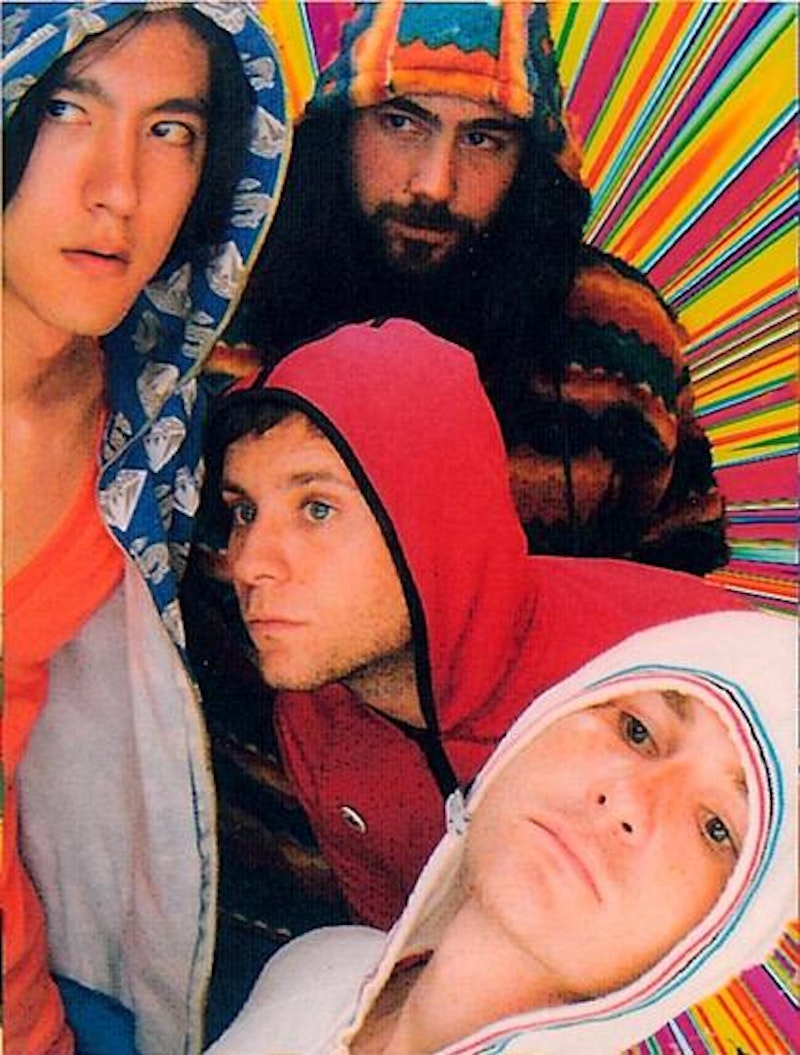 HEALTH’s primal prog-metal-meets -post-electronica live show is not to be missed and sure to be remembered. I recently had the chance to do an e-mail interview with John Famiglietti from the band. Here’s what John had to say about the West Coast music scene, new bands and American Apparel.

Erik Stinson: Fond memories from your last visit to Seattle?

John Famiglietti: Yes, it was awesome. Kids went s***-balls crazy. First time we’ve ever had that type of reaction in Seattle.

JF: I think L.A. is it right now for the West Coast. Oakland is banging, though, mostly due to Robin Williams On Fire!, Bleachy Bleach Bleach and the scene that is developing around them. They’re all really young and have been schooled in the raucous days of L.A. circa 2006 at the Il Corral (now somewhat defunct, though still an operating, underground venue), and have moved that violent party vibe north. I can’t predict what’s going to be big, but I think in the next year or two, the scene in Denver is going to explode. It’s an incredible scene with awesome bands and an amazing do-it-yourself venue, Rhinoceropolis, and it’s completely undiscovered.

ES: How did the HEALTH//DISCO MySpace project come about? What’s your connection to electronic music?

JF: As a way to catalogue and contain all the remixes so they won’t be forgotten after the blog post disappears. Also, to brand the dance floor aspect of HEALTH for DJs. We want to be in da club.

ES: I own your split 7” with Crystal Castles and it kills. How did that collaboration begin?

JF: We found out about Crystal Castles really early on and started talking over the interweb about doing a split or a remix. Both happened. They’re our favorite band.

ES: How many of you guys work at American Apparel when not on tour?

JF: Zero. The factory turned me down when they found out I was in a band.

ES: Who in the band went to fashion school? Who makes all the edgy aesthetic decisions?

JF: No one went to fashion school, but I do all the artwork and clothes.