God As Dead Body As Thing 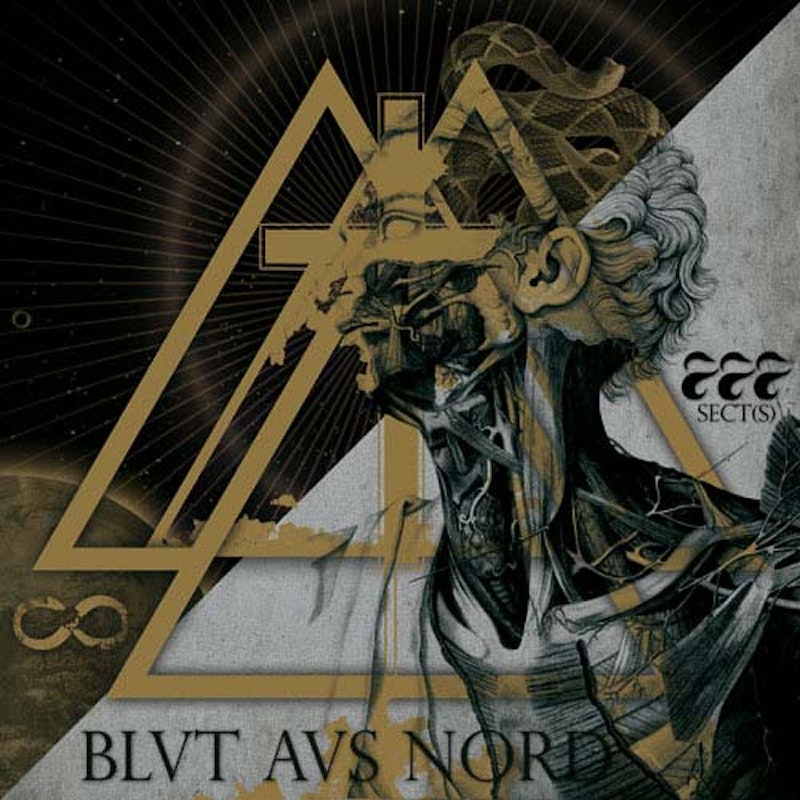 “The images of art,” theologian Catherine Pickstock asserts, “offer us visions of the good, new possibilities of human self-realization that lie, as it were, just out of sight.” Pickstock, writing in the collection Paul’s New Moment, is thinking here specifically of liturgical art. But the ease with which she generalizes suggests strongly that—safely ensconced in the swaddling ivory of Cambridge—she has not heard a lot of black metal. Because when I listen to 777-Sect(s), the latest album from French avant-black-metallers Blut Aus Nord, I am not exactly seeing new possibilities of human self-realization lying just out of sight. Unless new possibilities of human realization lying just out of site include charred corpses being pulled across jagged metal by slowly decaying ungulates.

Obviously, black metal, is not into “visions of the good.” If there’s any liturgy here, it’s the Black Mass. 777-Sect(s) is a single, six-part suite of bleak, dissonant hammering. The music staggers and lurches between black metal fury and despairing trudge, veering back and forth as the quasi-industrial drumming lands repetitive robotic blows on its oozing cranium. The album never reaches the pure pagan fury of old-school Scandinavia, but it doesn’t descend into pleasant tripped-out trance the way the contemporary American scene sometimes does. Instead, Blut Aus Nord draaaaagggggssss, all minor scraping and abject failure—the hapless, despised hero crawling out of the pit only to be pulled back again and again by the inexorable, shapeless talon. At the very beginning of the album,  in fact, the rough distant screaming/vomiting almost sounds like you can hear our hero being devoured by the stinking maelstrom.

So, black metal is not uplifting. No one is surprised. Though philosopher Slavoj Zizek, also writing in Paul’s New Moment, does actually find something liturgical in the horror movies for which 777-Sect(s) seems to want to serve as a soundtrack.  According to Zizek:

The good guys think they’ve destroyed the possessing alien, but some slimy residue of the alien is left lying around. Then comes the standard shot, where the camera slowly approaches the residue, and what we thought was just a bit of squashed alien starts to move and organize itself. We leave the film with the alien organizing itself. This is the divine element. I think horror movies are the negative theology of today […] It is as if the good guys in such horror movies are like Roman soldiers: they thought they had destroyed everything in Christ, but that little bit of alien residue remained and started to organize itself into the community of believers.

In this reading, you could see the way 777-Sect(s) is pinned between anger and dissolution as a long struggle for becoming, an effort to pull together its bloody gobbets into a shambolic whole, the better to parasitically feed upon the body of the state/hegemony/pop music. Blut aus Nord will possess Britney as the spirit of Christ will possess the world. The apocalypse will come when Rihanna’s head turns around and she starts spitting metal bile.

I love Zizek’s unkillable Terminator as unkillable Christ analogy, but I have to admit that if you think about it too long, it starts to seem a little unsatisfying. Reading Jason or Freddy back from the dead as the miraculously risen community of believers—I don’t know. It seems a little too cheery, doesn’t it? Is The Thing really more enjoyable if you read it as It’s a Wonderful Life? Is Blut Aus Nord really just Perotin for the 2010s?

The thing Zizek seems to be missing here is the Thingness. As an atheist, he’s eager to metaphorically transubstantiate that risen body into a supposedly materialist, but actually more foofily non-present spirit of lovingness and community. Which is clever, but doesn’t really map onto Blut Aus Nord. Blut Aus Nord does not do lovingness and community. The physical bodies of these musicians excrete, not spiritual bliss, but ropy tendrils of hate.

Which brings us back to Caroline Pickstock:

[…] liturgy fulfills the purposes of art as imaging according to the modern Russian filmmaker and photographer Andrei Tarkovsky. The image should displace the original because the original thereby becomes more itself, if what a created thing and especially the human creature is, is after all “image,” the image of God. So when in the course of liturgy we are transformed into a wholly signifying—because worshiping—body, we are at that moment closest to our fulfillment as human beings.

Art as liturgy does not provide a metaphor of the dead God becoming the human community. Instead it shows the body as created thing; self as manufactured cyborg, which rises only because its putrefying husk is dragged upwards by an insistent and alien power. Art shows us ourselves as the image of God. And in this case that image is the brutalized Christ on the Cross—God as dead body as Thing. Blut Aus Nord figures us as struggling, debased monstrosities: a kind of human self-realization that even Catherine Pickstock would have to admit is eminently Christian.