The Fiery Furnaces continue their quest to keep classic album rock alive, this time with a 70s-style two-disc live album. 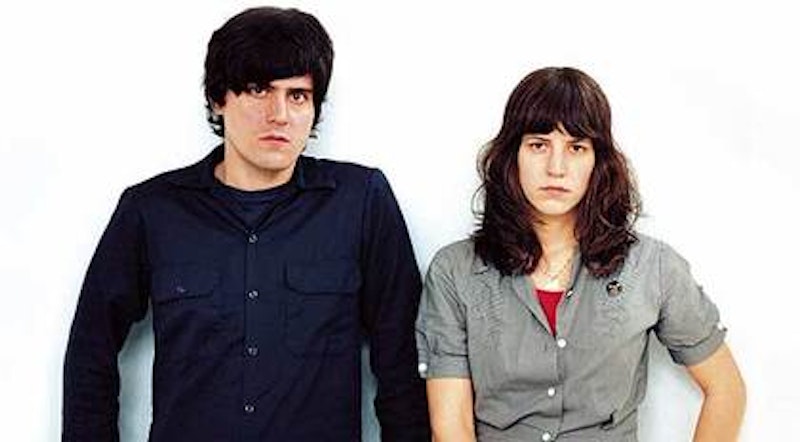 In a 2006 interview with the Australian independent music show, In the RAW Matthew Friedberger of the Fiery Furnaces told interviewer Sam Hughes, "What's the excuse to make yet another rock record? You have to exaggerate it one way or another, for it to be legitimate at all, otherwise there's no point in you doing it... A lot of people, you're going to exaggerate it in the wrong way for them, and they're not going to like it. But for the people who do, it hits the spot... You don't try to piss people off, but who cares if you do." This is the kind of self-assurance I would expect from The Fiery Furnaces, who, since 2003's Gallowsbird's Bark, have been making playful, experimental prog rock; the kind that you either like or, well, really don't at all—2004's Blueberry Boat, for example, was called both best album of the year by many critics and "toe curlingly unlistenable" by others.

The Fiery Furnaces is, along with Friedberger, his sister Eleanor, who does most of the vocals, and also various drummers/backup musicians who've come along for live shows, including Andy Knowles (of Franz Ferdinand fame). Because of the brother-sister thing, frequent comparisons have been made to The White Stripes, though I find those comparisons pretty unfounded—even more so since we know Jack and Meg White were not, in fact, brother-sister. When I first heard them a couple of years ago they reminded me of Captain Beefheart or Frank Zappa or some other crazy 60s/70s avant garde rockers. They still kind of remind me of that. But, really, comparisons are hard to make for a band like The Fiery Furnaces, and I say that in a good way.

So now, five years (and six albums) after Gallowsbird's Bark, The Fiery Furnaces are coming out with their first live album—and with two discs, and 51 songs, at more than two hours, what a live album it is. Since it includes songs (or versions of songs, I should say) from all of their previous albums, you could also think of Remember (out August 19 on Thrill Jockey) as a kind of Best Of; and with a band as prolific as The Fiery Furnaces, a Best Of was probably needed, too.

The Fiery Furnaces are known for their ridiculously enjoyable live shows, which, since 2004, have often been continuous sets of an hour or more, full of extended medleys and older songs reinterpreted, and this is certainly represented on Remember. I came away with a new respect for The Fiery Furnaces as not only remarkably talented musicians (something which Matthew often downplays), with an adept understanding of stylistic turns and riffs, but also as really brilliant lyricists. Not just in that kind of postmodern poetic way I had admired them for on Rehearsing My Choir, for example, but also for their smart pop hooks on songs like "Teach Me Sweetheart" and "Bitter Tea" (here in two different versions). Fans of The Fiery Furnaces will probably have already pre-ordered Remember, and good thing, too: there's a lot to take in, presenting songs recorded during the last four years of touring, mixed and edited beautifully. However, those who have never heard the band before probably shouldn't start here. It's too overwhelming. For that, I'd recommend 2006's Bitter Tea, an album that, if not fully representative, will let you ease in to it all.