Navigating U.S. immigration policy has become a huge hassle for foreign bands in the wake of 9/11. Now many overseas musicians don't even see the point of trying to tour American anymore, putting our cultural growth at risk. 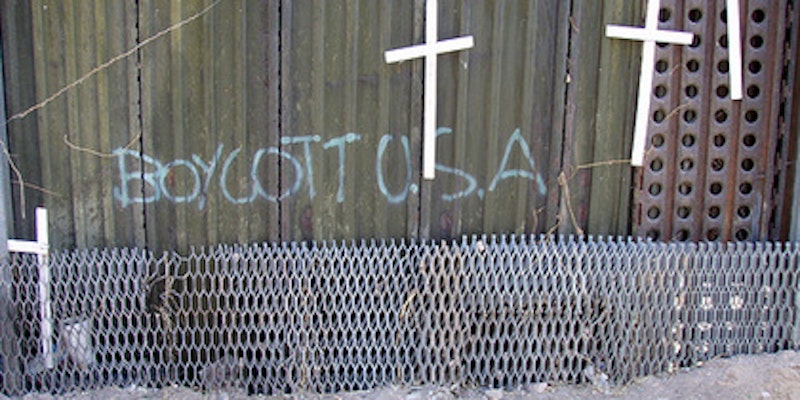 In the past two years, news has come out of the music world with disarming frequency about artists being forced to postpone or cancel shows because of visa troubles. M.I.A, Rodrigo y Gabriella, Amy Winehouse, Klaxons, the Mystery Jets, New Model Army, You Say Party! We Say Die!, and the Young Knives are just a few highly publicized examples of musicians — successful and struggling, popular and unknown — who have tried to brave the system, and failed.

When musicians have to cancel shows because of “visa issues,” most often it’s not that their applications are denied, but that the process just takes too long. For immigrants looking to establish residence here, long delays are a major inconvenience, but for a band with committed tours and dates and tickets sold, it’s potentially fatal, a humorless Catch-22: you can’t get a visa until you book tour dates, but the visa process itself takes so long that there’s a good chance you will miss them.

“Now think of [artists from] a country like Pakistan,” says Ginsburg. “You [may] have to go over a lot of mountains to get there, and we have few posts in many countries. So how much have you spent so far? Two petitions, two union costs, two $1000 fees, each person pays $131, and transportation to the consulate . . . you’re risking a whole lot of money up front for a process that may take too long for you to bother in the first place, even if you’re paying every dollar you have to get it fast.”

Compounding the issue is a near-total lack of transparency at USCIS. People who have submitted applications are told only whether their claim has been received, is pending, or is approved/denied, and no one at USCIS is able or willing to say anything more than that.

In many ways, the long list of bands with canceled or postponed tours acts as a scarecrow for the USCIS, warning would-be applicants to fill out forms properly and in a timely manner. But on a grander scope, the ever-lengthening list of musicians with visa troubles are not the effects but the causes of a larger, far more detrimental issue, which is that an increasing number of foreign artists are starting to see the American music scene as something to be avoided.

If current trends continue, if foreign artists — by choice or governmental obstacle — cannot or will not come to the United States, it is the problem not of a few scattered artists and venues but the entire American music scene. Those who think it helps the careers of American garage bands are missing the point. It does nothing but lower the bar.