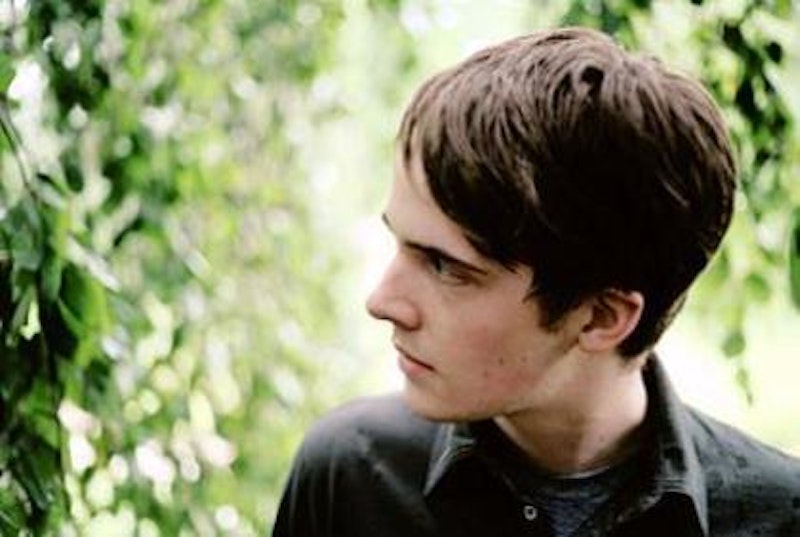 As I mentioned in my interview with Benoît Pioulard, nee Thomas Meluch, I know the guy from college. Meluch and I weren’t exactly friends back in Ann Arbor, but I used to see him on the occasional weekend at the record store; we were friendly acquaintances. Normally this would be of little to no consequence, but in Pioulard’s case, to know the man is to know the music.

Fairly diminutive in stature, with piercing blue eyes and a hushed voice, Meluch just doesn’t strike you as the musical type. I knew him as the photographer who worked for Ghostly International long before I realized he was the Benoît Pioulard on the 7" singles he was selling me, and by the time I’d caught on, so had indie labels like Type, and Kranky, which released his debut, Precis, as well as his new record, Temper.

Maybe he’s really not that musical; a mutual acquaintance told me he had to help him re-learn his own songs—he’d forgotten how to play them since writing and recording them in odd tunings, alone, on his bedroom four-track. And for someone with a deep passion for music but a rudimentary understanding of its theory, like me, that story is encouraging. (Although from a glass half-empty perspective, you could say he’s forgotten more great songs than you’ve ever written).

Benoît Pioulard’s music doesn’t require much technique or precision, just atmosphere. His sounds are similar to his Polaroid photography, which decorate his album covers and much of his website. These images are largely without subject or context, but are no less captivating for their malaise. They reflect simple feelings—the joy of climbing trees or sunset-lit trees reflecting on a lake; the wonder of a petal-filled crack in the sidewalk or the stately depression of a worn curtain.

So to enjoy a song like the brooding album opener, “Ragged Tint” it’s best to approach them at either a distance, or zoomed in closely. Sound effects and acoustic guitars meld together and float around the forefront of your attention like fast moving clouds, but if you listen really closely, you can still hear his fingers sliding across the strings. The lyrics are hard to focus on, but it doesn’t matter much because they’re only as important a tone as the cassette hiss that permeates Temper.

In many ways Temper is the perfect companion to Precis. The sonics are similar enough, which makes Kranky’s decision to combine them in a 2-LP deluxe package easy to understand. They work well back-to-back, with a day-slowly-turning-to-night dynamic not far removed from a feeling that once caused me to compare Pioulard to an all day Jesus and Mary Chain jam during a power outage in Petoskey.

You aren’t going to come away from Temper humming any of the songs, but you may have a strange desire to wander outdoors. Or if you really want to see some strange things, put on some headphone and wonder around your city for Temper’s 38 brief minutes. Every shadowy alley will be illuminated.


Listen to Benoit Pioulard at LastFM