On the honesty of G-Side's Huntsville International. 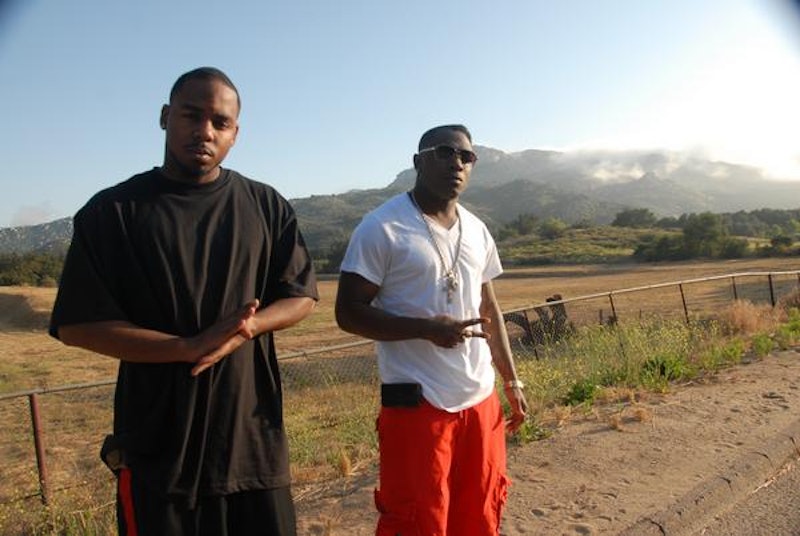 Music downloads haven’t only killed CD sales, they’ve completely destroyed the beauty of the “album.” Long gone are the days of thought-out concepts with beginnings, middles and ends, and masterful artworks, built track by track meant to be heard in order. We’re left instead with half-assed “Here’s what we made this year” CDs, skipping the songs overplayed on the radio and at clubs, making do with filler tracks and hoping for a banger or two to nod to.

Filled with stories from their childhood about not having money but Moms making it work and riding in an airplane for the first time, G-Side’s Huntsville International is one of the few exceptions to this rule. Alabama’s sons don’t follow the usual tropes of rap music—slinging drugs and rolling hard—they tell tales of a different kind of hustle; the grind of working hard and trying to provide for their families and themselves. The novelty of international travel spawns childhood emotions from two boys who never thought they’d make it out of ‘Bama, taking you from their parents’ homes where they didn’t have presents at Christmas to hotel rooms in Europe figuring out the currency exchange.

Their confidence to reveal their excitement towards performing in other countries and getting Twitter followers from Switzerland is telling of not only their dedication, but who they’ll become as artists. It’s this Kanye West level of love for the music mixed with Andrew W.K.’s need to relate to his fans. The honesty we get from them isn’t part of the hustle; their real hustle is trying to figure out how to tell us their story without giving all of themselves away. It’s about connection and dedication to each other—artist and listener—it's how music should be.